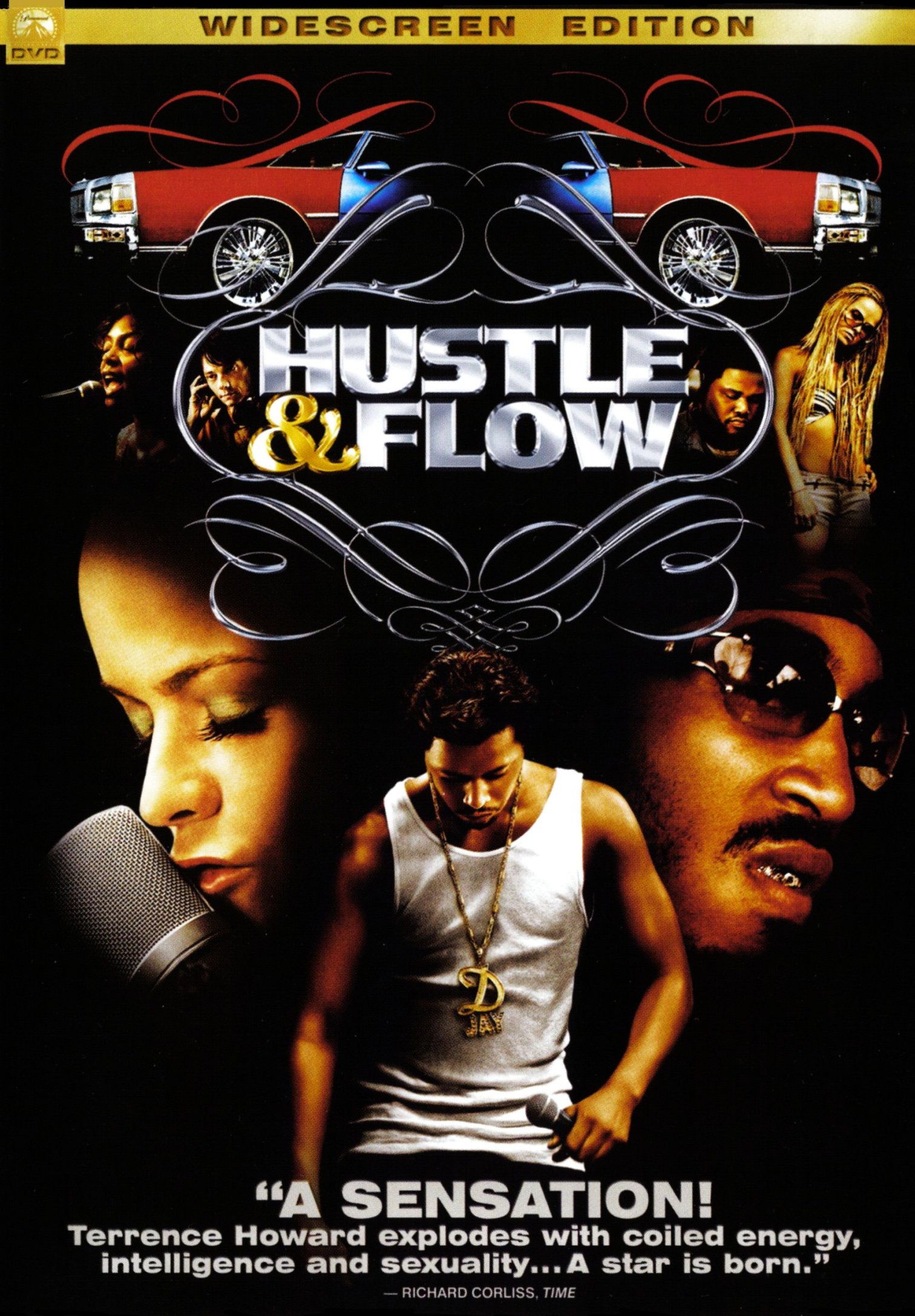 This year’s most celebrated Sundance smash, Hustle & Flow is little more than a calculated bid for Hollywood megabucks, armed with a Rocky-style zero-to-hero story arc, an amalgam of popular urban clichés, and MTV-ready music tie-ins. On that level, it succeeds; first-time director Craig Brewer—he of the pointed ethnographic assertion that “everyone in Memphis talks, walks, and looks like a blaxploitation movie”—has crafted an adequate entertainment for the popcorn-and-crunk crowd.

Terrence Howard stars as DJay, a Memphis pimp in the midst of a midlife crisis. Despite his marginal success peddling Shug (Taraji P. Henson) and Nola (Taryn Manning), DJay dreams of making it as a Dirty South rapper. With the help of a sound-engineer friend (Anthony Anderson) and a curious DJ (DJ Qualls, cheekily cast), DJay transforms his living room into a studio and spits hustler ennui onto magnetic tape.

Hustle & Flow certainly has reverence for the creative process, detailing the DIY soundproofing of the room and the tedious work of finding the right beat. What sets this underdog saga apart from, say, The Commitments is that DJay’s music is uniformly bad. His first track, which evolves from “Beat That Bitch” to “Whoop That Trick,” is an unimaginative, laughable ode to misogyny in hard times. Even more egregious is “It’s Hard Out Here For A Pimp,” in which DJay employs the help of one of his hookers to sing about the travails of “a whole lotta bitches jumping ship.”

Is Brewer’s film offering a statement on contemporary hip-hop? DJay’s eventual triumph is predicated by the cultivation of a violent image rather than actual talent. Who needs the flow when you’ve got the hustle? It’s a mixed message, confused even more in a scene where DJay attempts to foist his tape on successful crunker Ludacris (who essentially plays himself) in a Memphis club. DJay attempts to win the star over by lecturing on the importance of sticking to one’s roots, but his entire impetus for giving Ludacris the tape is the desire to ditch Memphis for the big time.

The image is a little more saturated than I remember seeing in the theater, but the stylized look comes across beautifully; the sweaty skin tones are remarkable and colors are vibrant without betraying the grime of the story’s locale. The audio track is rich, packing a predictably solid whoomp during the film’s music-making scenes.

Compared to his attitude on some of the disc’s supplemental materials, Craig Brewer’s excitement feels somewhat subdued on his solo commentary track, which is long on anecdotal information and a little short on actual screen-specific discourse. This isn’t a problem, though, given that that the anecdotes are rich and relevant (his explanation of the origin for the phrase “fuck with me” immediately comes to mind) and any and all loose ends are covered by the excellent extras: a 30-minute making-of featurette that shapes interviews with the cast and crew around behind-the-scenes footage (from the cast read through to the actual production); a 14-minute featurette devoted to Brewer’s dedication to capturing the reality of the story’s Memphis setting and the difficulty he and his passionate crew faced trying to finance the picture; and a rootsy tribute to the many hands responsible for the film’s musical sound. Rounding things out is footage from the film’s Memphis hometown premiere, six promotional spots, and a series of previews.