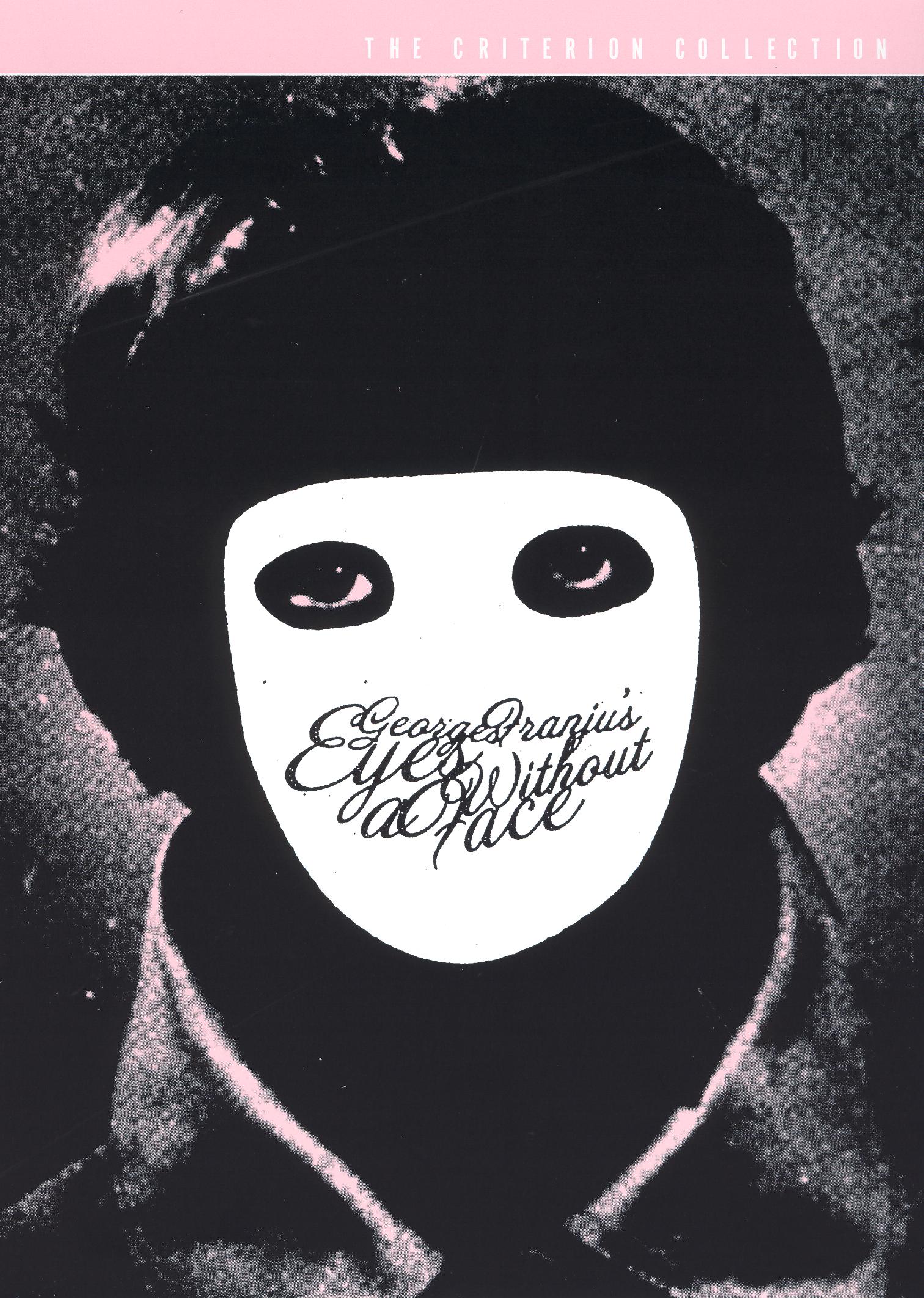 The kind of horror film that’s commonly referred to as “poetic,” but which could just as easily be described as “slow,” Eyes Without a Face (Les Yeux sans visage) is a landmark genre film for the simple fact that it shows just how scary something as simple as a mask can be. As spare and clean as modern horror films are baroque and Grand Guignol, Eyes Without a Face is about a genius but somewhat crazed (is there any other kind?) doctor, Génessier (Pierre Brassuer), with a predilection for performing living tissue transplants and whose daughter has just died in a car accident, leaving him to knock around his giant estate outside Paris with his faithful assistant, Louise (Alida Valli). Except the doctor’s daughter, Christiane (Édith Scob), isn’t dead—her face horribly disfigured, she stays alone in her room (sans mirrors) wearing a simple white mask while the doctor works to fix her face. The problem with his technique is that it requires new tissue, and so a number of young Parisian women have been disappearing of late, led to their dooms by Louise, whose own face had been perfectly restored by the doctor and who follows him now like an obedient, albeit homicidal, puppy. Director Franju brings to this grim story—by Diabolique and Vertigo authors Pierre Boileau and Thomas Narcejac—a wry humor at times, helped along by Maurice Jarre’s wonderfully bouncy and off-kilter score. But the tone here is mostly a quiet creep of alienation, as Christiane, possibly driven insane by her trauma, wanders about in her blank mask (made all the more jarring by how closely it mirrors her face) and comes to grips with her quite understandable dilemma over her father’s methods. Although Eyes Without a Face has its admirably light surreal touches, and knows how to hold its shocks for the right moments, that can’t overcome the slightness of the story, and the film’s over-reliance on its central image of the masked Christiane (which, it must be said, is sure to linger in your mind’s eye for days afterward). It’s not a masterpiece but it certainly isn’t forgettable.

There’s a welcome crispness to the image and some very sharp contrast (which is very helpful during the numerous nighttime scenes), result of a new high-def digital transfer, though there’s some noticeable flicker around the frame here and there. Sound, though mono, is solid and clear, with almost no hisses or scratches.

Not the full Criterion treatment, but what’s here is good enough, including an interesting gallery of production photos and promo material, some new essays on the film by Patrick McGrath (Spider) and film historian David Kalat. The Best of the bunch, though, is Franju’s 1949 short, Blood of the Beasts, about Parisian slaughterhouses, which directly informed his clinical approach to the violent horrors of the feature.

A well-rendered package for a creepy but somewhat underwhelming film.

Chris Barsanti has written for the Chicago Tribune, Minneapolis Star-Tribune, Publishers Weekly, and other publications. He is a member of the National Book Critics Circle and Online Film Critics Society.