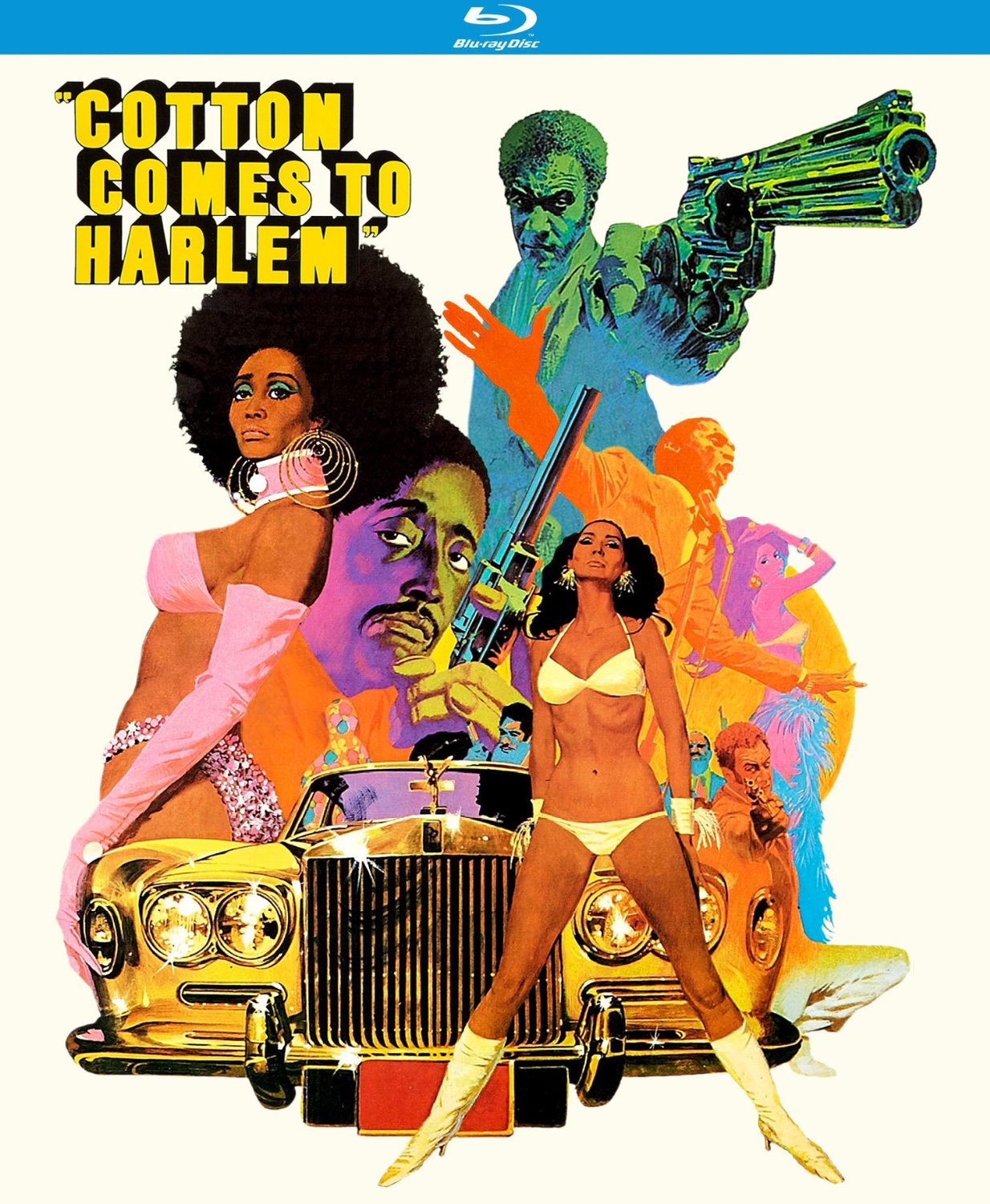 Ossie Davis’s Cotton Comes to Harlem spearheaded the blaxploitation revolution in the early 1970s: These were mainstream studio films, a number of which were made by black filmmakers, intended primarily for an urban black audience. Davis, an actor known for his roles in films as diverse as Malcolm X and Bubba Ho-Tep, directed and co-wrote the script for this slam-bang action-comedy, adapting a prime slice of pulp material from expatriate novelist Chester Himes. The topnotch cast consists largely of black actors and spotlights a handful of up-and-coming faces, most noticeably a pre-Blazing Saddles Cleavon Little and Redd Foxx just before Sanford and Son made him a household name. What’s more, Cotton Comes to Harlem emphasizes, more emphatically even than your standard blaxploitation fare, the tumult of race relations in the era of the civil rights movement, and also deals frankly with internecine tensions within the black community in Harlem. As the film’s Back-to-Africa evangelist might inquire: “Is that black enough for you?”

Cotton Comes to Harlem kicks things into high gear from the start with one of its strongest set pieces. When a gang of machine gun-toting thugs togged out like the Hazmat-suited scientists in Romero’s The Crazies sticks up Reverend Deke O’Malley (Calvin Lockhart) during a fundraising rally for his Back-to-Africa movement, Harlem detectives Gravedigger Jones (Godfrey Cambridge) and Coffin Ed Johnson (Raymond St. Jacques) happen to be on hand to give chase. This sequence does triple duty: showcasing the Harlem location photography, giving viewers some requisite thrills and spills, and (more cannily) allowing for cutaways to some choice comedic vignettes along the way. The best of the bunch relates a street artist and his pickpocket associate’s efforts to fleece a little old lady.

Himes’s work engages and reconfigures noir tropes concerning the femme fatale by offering up a matched pair, one of whom proves to be a red herring when she’s beaten to death by the other, Iris (Judy Pace), the Reverend’s main squeeze. Ironically, Iris brains Mabel (Emily Yancy) with a scale model of The Black Beauty, the ship whose voyage back to mother Africa Reverend O’Malley was shilling for during the film’s opening rally. Consider that a kind of meta-commentary by the screenwriters, especially since, in Himes’s book, Iris simply guns Mabel down. Then there’s the envelope-pushing scene where Iris sounds the siren call for Jarema (Dick Sabol), the towering Teutonic patrolman saddled with bodyguard duty, by inviting him to taste her forbidden fruit, but only if he’ll agree to wear a paper bag over his head. Naturally, Jarema winds up holding the bag on this one. The scene comes dangerously close to a kind of racially charged voyeurism, a sort of reverse Mandingo moment, only to stand the fantasy on its ear.

These satirical seeds are certainly present in Himes’s source material. The script simply edges them ever so slightly into curdled caricature. Which isn’t to say that the film hasn’t got serious points to make about economic conditions in Harlem. Instead of the novel’s complementary white-led Back-South movement, we get a brace of Italian gangsters fronted by veteran character actor Leonardo Cimino. The film’s coda shifts the emphasis onto black autonomy—even if it is the criminal variety. Black gangster Caspar (Maxwell Glanville) cuts a deal with Cimino’s don for a larger cut of the profits from number-running and other illicit activities to stay in Harlem to fund “black businesses with black owners.” Significantly, this deal is brokered by Coffin Ed and Gravedigger, the ostensible representatives of law and order. Under the sway of a fundamentally unjust and corrupt system, Cotton Comes to Harlem seems to suggest, the best that the impoverished and disenfranchised can hope for is to clamber and fight to carve out a larger slice of the pie any way they can.

Another in Kino’s recently established Studio Classics line, Cotton Comes to Harlem gets the 1080p/AVC-encoded boost onto Blu-ray, easily trumping MGM’s 2003 DVD with regard to color saturation, fine detail, and black levels. On the other hand, there’s a decent bit of speckling on view throughout, most noticeable in the dimly lit nighttime scenes, as well as a few unsightly artifacts at some of the reel changes. The Master Audio mono track is gratifying, lending extra oomph to Galt MacDermot’s funk- and soul-fueled score.

Cotton Comes to Harlem swaggers onto Blu-ray with a superfly transfer from Kino, accompanied, unfortunately, by nothing more contextual than the trailer.