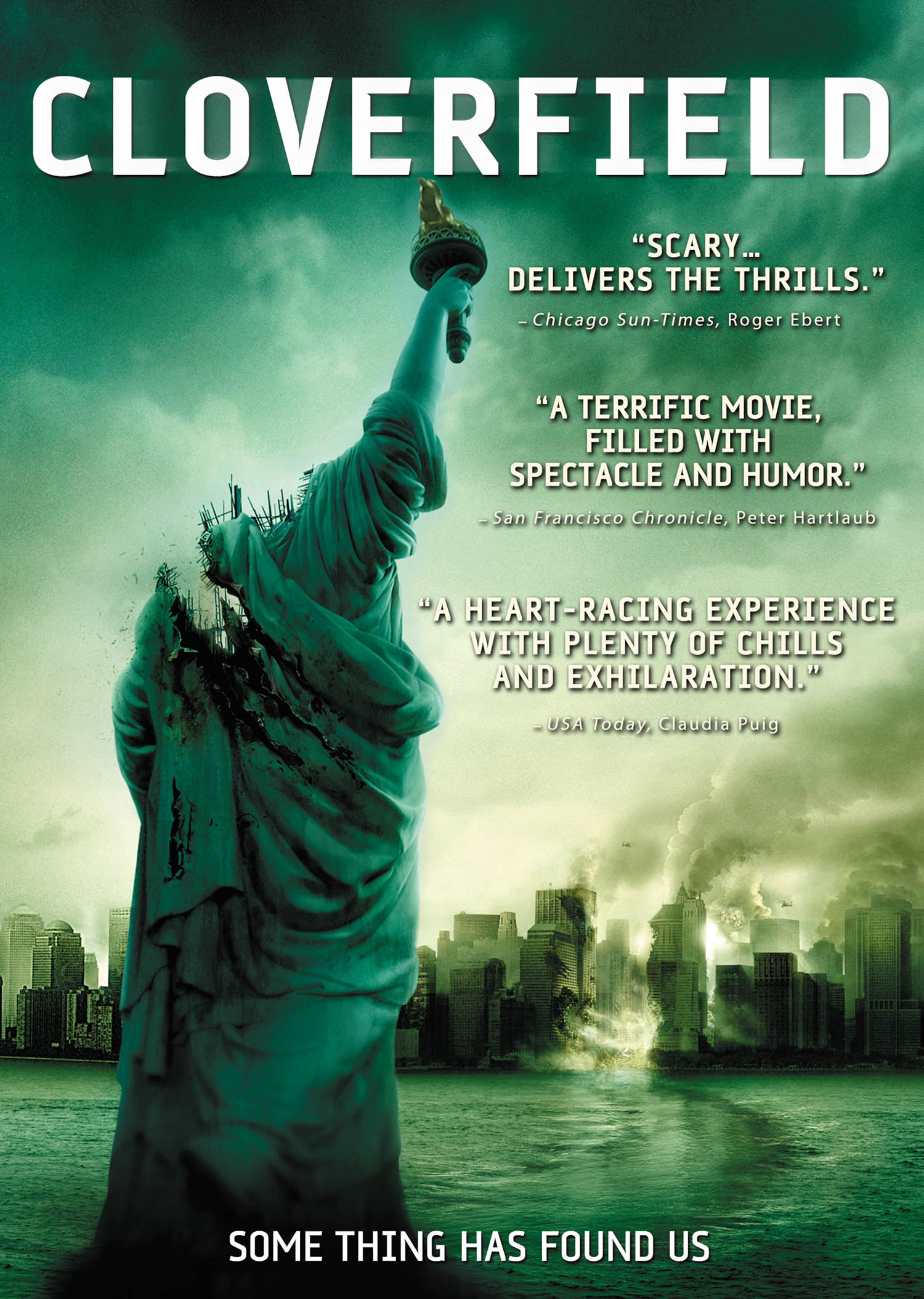 After an expertly executed marketing campaign anchored in secrecy, the Cloverfield monster is finally out of the proverbial bag, and lo and behold…it’s a monster! More specifically (spoilers herein), it’s a screeching, stomping, pissed-off amphibian-reptile thingamawatsit that decides to rampage through midtown Manhattan, and its appearance puts quite a damper on the farewell bash for Rob (Michael Stahl-David), a nondescript guy heading to Japan to take a VP position that’ll separate him from his best friend, Beth (Odette Yustman), whom he recently slept with. The conceit of Matt Reeves’s film, produced by Lost mastermind and Mission: Impossible III director J.J. Abrams, is that Rob and his friends’ adventure on the night of the monster’s attack is told exclusively via the camcorder of friend Hud (T.J. Miller), who begins the evening recording testimonials about Josh from those attending the get-together, and keeps the camera rolling because it’s “important.” It’s a Blair Witch Project stunt designed to provide a you-are-there perspective on the supernatural catastrophe, though it’s one that also occasionally reflects our collective YouTube-stoked compulsion to filter experience through digital photographic means, a desire best conveyed by the sight of terrified New Yorkers pausing to snap pics of the Statue of Liberty’s decapitated head, now lying in the middle of a downtown street.

Such wider implications, unfortunately, are the exception rather than the rule, as Reeves’s film works hard to negate any noteworthy meaning from its mayhem. The opening scene swiftly establishes the young romance at the story’s center, as Rob records Beth lying in bed after their maiden night together, a flashback which Reeves cleverly integrates into the present action by casting it as footage Hud is accidentally recording over. Reeves uses this past incident, as well as the party revelry, to empathetically set up Rob’s lingering feelings for Beth (whom he hasn’t spoken to since their tryst), as well as Hud’s affection for loner Marlena (Lizzy Caplan) and the relationship between Rob’s brother Jason (Mike Vogel) and girlfriend Lilly (Jessica Lucas). It’s a shrewd move aimed at laying emotional groundwork for the madness to follow. Yet Reeves’s hand isn’t as poised as it might be, and a feeling that the wannabe-verité proceedings are overly scripted soon creeps in, a not-inconsiderable early failing given that, once the ground begins to shake, explosions light up midtown, and flaming debris begins falling from the sky, the film abandons serious interest in its characters and proceeds like a rollercoaster barreling along a predefined track.

With citizens covered in the dust of crumbled skyscrapers (apparently, we’re now ready to wantonly exploit 9/11 imagery for mindless Hollywood fun), Rob quickly resolves to head uptown to Columbus Circle to rescue Beth, who’s left him a distressed voicemail. No matter how much it speaks to his urge to save something amid so much loss, it’s a choice that makes little sense for Rob but is, of course, essential for the film, which subsequently charts Rob, Hud, Lily, and Marlena’s attempts to reach Beth via the Brooklyn Bridge (bad idea), a pitch-black subway tunnel (very bad idea), and the chaotic streets, where the military is waging a seemingly futile battle against the goliath and the legion of smaller, scuttling creepy-crawlies falling off its body. The ensuing structure employed by Cloverfield is lull-chaos-lull-chaos, with quiet valleys of fear and mourning—none more cheaply 9/11-evocative than Rob fielding a call from his anxious mom—regularly interrupted by peaks of sheer monster-movie terror. Manipulative but nerve-jangling, it’s a design strengthened by Reeves’s shaky camerawork, which, regardless of its nauseating instability, not only immerses one in the encompassing bedlam, but—because it teases the audience with quick glimpses of the creature—heightens one’s absorbed attentiveness.

Or, at least, this strategy heightens attentiveness until it becomes clear that no truly satisfying payoff with regards to the beast is forthcoming (climactic aerial shot aside). Unlike The Host, Cloverfield’s baddie has little personality, in large part because the narrative sticks closely to Rob and company’s immediate status, and they never learn any specific details about their circumstances save for a few cryptic tidbits relayed by soldiers. Moreover, even with this dedication to providing an authentic on-the-ground view, the film regularly utilizes storytelling and aesthetic devices that undo the illusion of realism, from Hud’s comedic-relief quips to the numerous Blair Witch-inspired shots of the camera tumbling to, and then lying sideways on, the ground. Eventually, the proceedings feel a lot like a first-person shooter video game in reverse, with the viewer habitually fleeing from, rather than charging toward, the enemy, thereby contributing to a mood of avoidance rather than engagement that’s only sporadically alleviated by sequences such as a visceral attack in the subway. “It’s about moments, man. That’s all that matters,” muses Jason, and Cloverfield strictly adheres to that belief. What it doesn’t ultimately do, however, is make those individual moments coalesce into something more than just a loud, frantic, hollow gimmick.

Given that the film is presented as found footage recorded on a handheld home-video camera, the image here looks appropriately like shit, but how to explain the million-dollar sound system Hud’s toy comes equipped with?

Godzilla, scale, secrecy, mullah, and green-screen are major points of focus and discussion throughout both Matt Reeves’s quickly-redundant commentary track and a lengthy making-of featurette that’s distractingly edited in the style of the film. Other extras include a focus on the film’s special effects, a detailed look at the design of the Cloverfield monster, a gag reel, four deleted scenes, two alternate endings, and a series of sneak peeks aimed at fanboys.

If Godzilla was a manifestation of Cold War paranoia, the Cloverield monster is a reflection of the chic nihilism that is the J.J. Abrams brand.

Review: The Stand-In Is an Uneven Showbiz Lampoon Steadied by Drew Barrymore

Possibilities and Frustrations: The World of Georges Méliès