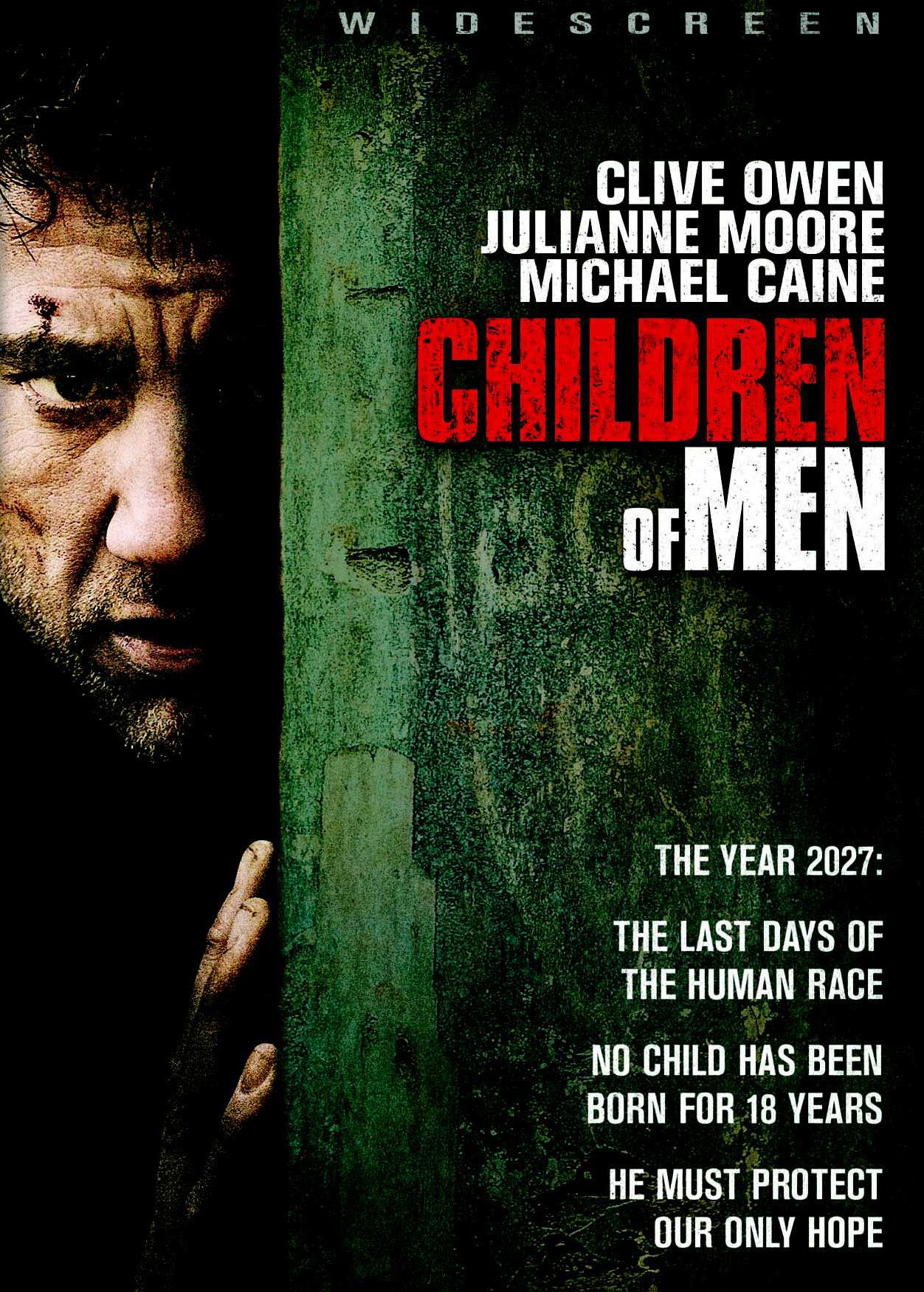 It would be foolish to deny the supreme technical achievements of Children of Men. The movies have rarely given us such a fully realized near-future dystopia, and it’s impossible to be unaffected by the film’s superbly executed series of “one-ers”: single-take, or cleverly disguised single-take sequences that set a new standard for the mechanics of cinematography. There’s an action sequence set entirely within the claustrophobic confines of a moving vehicle that must be seen to be believed, not to mention a climactic assault in a run-down immigrant ghetto that plays as the ultimate first-person shooter. Director Alfonso Cuarón and cinematographer Emmanuel Lubezki have outdone themselves in this respect, and I intend on seeing Children of Men again purely to bask in the glories of a perfectly tuned machine.

But a machine it remains, slave to a similar problem that afflicted the single-take melodrama Nine Lives (to which I offer a Louis-Macarel-to-John-Boorman-on-the-Croisette mea culpa: “It was a very bad film, but not as bad as I said”), namely that the preponderance of one-ers doesn’t stem out of a need to illuminate character, theme, or emotion, but to cover up Children of Men’s many glaring ideological and narrative deficiencies. From a photographic perspective, Cuarón knows this world intimately (it’s only a quick Steadicam track to the left before a character is perfectly framed within a teardrop shaped broken window), but his mastery is out of place and damn near oppressive in a world that is meant to possess some level of the speculative unknown.

Children of Men’s frequent attempts at mock spontaneity (too-obviously illustrated by a jittery and restless hand-held camera) quickly lose their luster, and even the film’s drollest sequence, which draws a direct line from Michelangelo’s David to Picasso’s Guernica to Pink Floyd’s Animals, ceases to resonate when Cuarón holds too long on the scene’s punchline; the visual wit of the image finally becomes ensnared in and entrapped by postmodern quotation marks. Obsessed with the power of the master shot (a fixation that served him well in the terrific Harry Potter and the Prisoner of Azkaban), Cuarón neglects the equal importance of the edit, whether actual or implied. This makes for a fascinating schism: Typically within the same shot, a tangential character or disheveled third-world extra will have indelible screen presence at one moment and be nothing but squib-bursting cannon fodder the next.

If the camera is a stylus that ultimately betrays its user’s true intentions, then it’s revelatory here of Cuarón’s shaky moral hand. It’s clear he hasn’t given much thought to some of the film’s more loaded images, most tellingly the moment where the pregnant black girl, Kee (Claire-Hope Ashitey), reveals her condition—a freak occurrence in this infertile future—to our cynical on-screen surrogate, Theo (Clive Owen), while standing naked in a pen full of cows. Cuarón’s tone isn’t hysterical, so the image is only minorly offensive; he merely presents it and moves on (this is, it must be admitted, a significant improvement over the film’s awful trailer, where Kee comes off as a kind of stereotyped savior-saint sprung from the mind of Ron Howard). And yet it shows that the present-tense issues Children of Men purports to address never come through strongly enough in execution.

Cuarón and Lubezki’s images crave constant attention; they flabbergast, but they’re ultimately unfeeling and soulless, obsessed with little more than demo-reel prowess. As the film unfolds, one might think of the old saw about the movie that shows a point-of-view shot from inside a fireplace and the viewer who asks, “How did a camera get in there?” There’s an interpretation of this story where viewers are at fault, revealed as petty literalists incapable of engaging imaginatively with the things before them, but there’s another that lays responsibility at the feet of the filmmaker, who’s so obsessed with the idea of a particular image that he neglects to ask if it’s appropriate to the frame in which he currently works. Where, one finally ponders with Children of Men, is the ghost in this machine?

The transfer does great justice to Emmanuel Lubezki’s images. Edge enhancement is visible in spots and some skin tones are a little on the pasty side, but the film’s ashen color palette remains a thing of great beauty. Audio is equally rich, with surrounds exploding across channels and the original music by John Tavener filling the soundstage like a seductive vapor.

“The Possibility of Hope” featurette is one of the nerdier extras to accompany a big-studio DVD release in some time. In it, anti-globalization experts, historians, and other taking heads discuss ultimate reality, pollution, and utopianism-in short, the cumulative mess that led to the apocalyptic environ in Children of Men. Slovenian philosopher and critic Slavoj Žižek keeps the discourse at an almost Criterion Collection-ish level, drawing smart comparisons between Y Tu Mamá Tambien and Children of Men in the way Alfonso Cuarón relates foreground and background information. Rounding out the disc are three unimpressive deleted scenes (sans commentary or context) and featurettes about the almost nonexistent relationship between Theo and Julian, the film’s futuristic design, the baby delivery scene, and the making of some of film’s wonkiest long shots.

By the year 2027, Children of Men’s cult status will be more apparent than ozone.