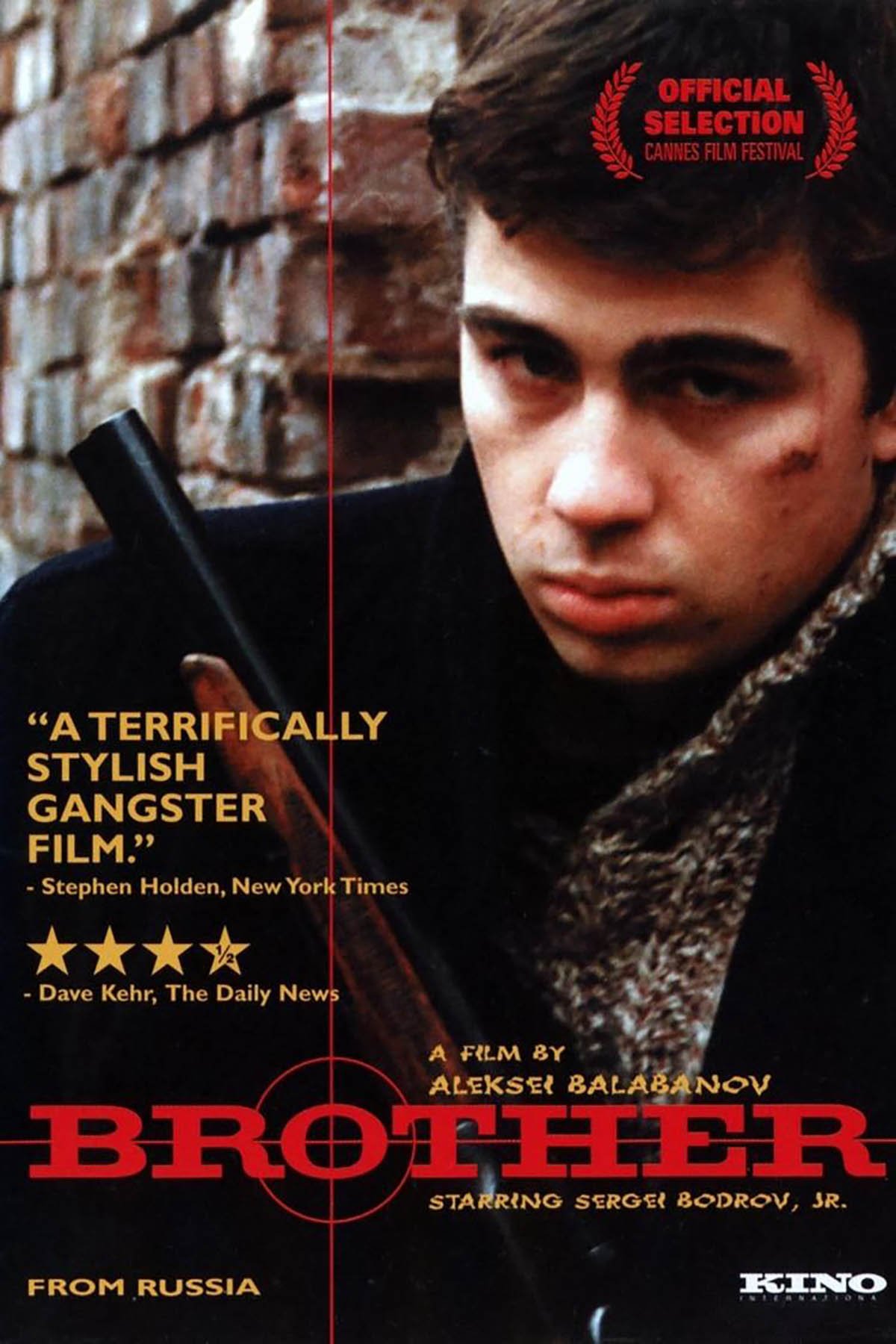 The titular brother of Aleksei Balabanov’s film is a figurative child of Mother Russia, a modern-day Raskolnikov bereft of critical self-consciousness whose amorphous moral code reflects the precarious condition of his late-‘90s homeland. The young man’s name is Danila Bagrov (the late Sergei Bodrov Jr.), who after having recently finished his stint in the army is vehemently urged by his fed-up mother to join his older brother Viktor (Viktor Sukhorukov) in St. Petersburg, where the elder Bagrov—unbeknownst to Mom—works as a semi-competent hitman. Danila is a dense, thuggish kid prone to calling St. Petersburg by its former title Leningrad, and begins the film by wandering onto a music video set and pummeling those who dislike his interfering presence. Unsurprisingly, then, Viktor recruits his bro to help him deal with his boss’s competitors at a street market where extorted vendors pay for protection or pay with their lives. Danila proves predisposed to killing work, carrying out his duties with cold, brutal efficiency. Nonetheless, as elucidated by his kind relationships with a homeless man known as German (Yuri Kuznetsov) and a married streetcar driver named Sveta (Mariya Zhukova), he’s still in an embryonic stage of moral evolution that’s complicated by an environment without cogent notions of right and wrong.

Director Aleksei Balabanov’s matter-of-fact depiction of his protagonist’s exploits conveys the blunt harshness of post-Cold War Russia, just as his transitional fades to black capture a relevant sense of developmental incompleteness. Danila is Rambo, except his return from war (in Chechnya) is to a home that’s no different from a battlefield, and thus engenders not emotional/psychological hand wringing but easy identification and assimilation. Having first gained prominence in Prisoner of the Mountains (helmed by his filmmaker father), Bodrov utilizes his fresh face and alternately sweet and vicious disposition to suggest primal, ruthless alienation and aimlessness. When married to Balabanov’s juxtaposition of classical and modern settings, Danila’s apparent lack of internal or external sense of direction posits him as the archetypal spawn of post-Soviet Russia, a misshapen place where conversations (be they about drugs, crime, or fast food) are peppered with business terms, where casual anti-Semitism and anti-Americanism are the norm, and where assassins might be more concerned with the latest pop/rock record by Nautilus than with the ethicality of their chosen profession. Balabanov’s is a gangster film that slow-burns nastiness but, more impressively, critiques with precision, the latter ably—and distressingly—confirmed by Danila’s real-world elevation into a generational cinematic icon fit for a “U.S.A., here I come!” sequel.

Nothing but a paltry photo gallery.

From post-Soviet Russia, with viciousness.