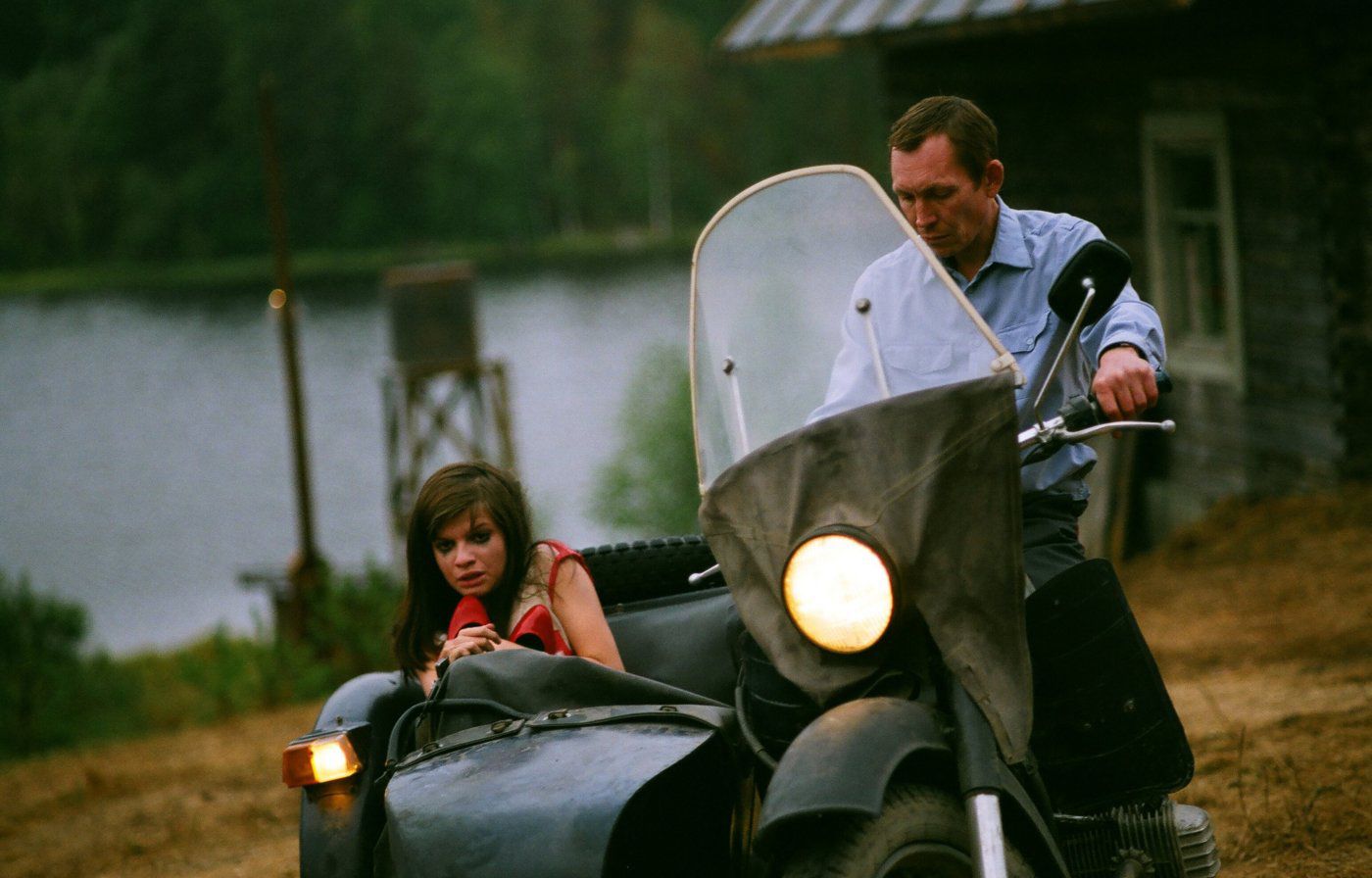 Just as his vicious Brother dispensed social commentary through the prism of gangster cinema, Aleksei Balabanov’s Cargo 200 rips life in 1980s’ USSR via the twin vehicles of horror and black comedy. In this based-on-real-events 1984 nightmare, the Communist Party is the mother of anarchic amorality, which takes the literal guise of Zhurov (Aleksei Poluyan), a local police captain in the industrial wasteland of Leninsk with the vacant stare of a lunatic and the cold, robotic detachment and monstrous proclivities to match.

Balabanov’s tight, tense spatial arrangements of figures stumbling through a decaying landscape do much to maintain the mounting tension of the story’s first half, in which Professor of Scientific Atheism Artem (Leonid Gromov) finds himself, after a car breakdown, at the rural shack of grain alcohol bootlegger Aleksei (Aleksey Serebryakov), who engages the learned man in a theological debate about the existence of a higher power and the integrity of their godless nation. Their increasingly contentious conversation stops short of true violence, though Artem’s conviction in communism’s ability to foster ethicality is nonetheless soon derided by Cargo 200 once his car is repaired by Aleksei’s Vietnamese employee (Mikhail Skryabin), he safely departs, and a younger disco-loving couple, Valera (Leonid Bichevin) and Angelika (Agniya Kuznetsova), arrive at Aleksei’s rural home.

Murder, rape, and degradation of a stunningly grim order soon follow, with Balabanov’s bluntly realistic treatment of his rotten milieu and its inhabitants’ accompanying behavior serving to censure the era’s cultural and political fetidness with such visceral disdain that the film (and its unforgettably ghastly images) soon come to feel like the director’s figurative act of spitting on his homeland’s history. In a manner similar to that of The Texas Chainsaw Massacre, scorn is universally meted out to both villains and victims, from the chilling Zhurov—whose remorseless blankness and demented mother, slothfully watching TV broadcasts of comforting patriotic nonsense, often prove scary-funny—to cowardly, self-interested Party believer Artem and capitalist Valera, a selfish underground-economy wheeler dealer whose CCCP T-shirt functions as a subtle critique of his (and society’s) blasé embrace of an unjust power structure.