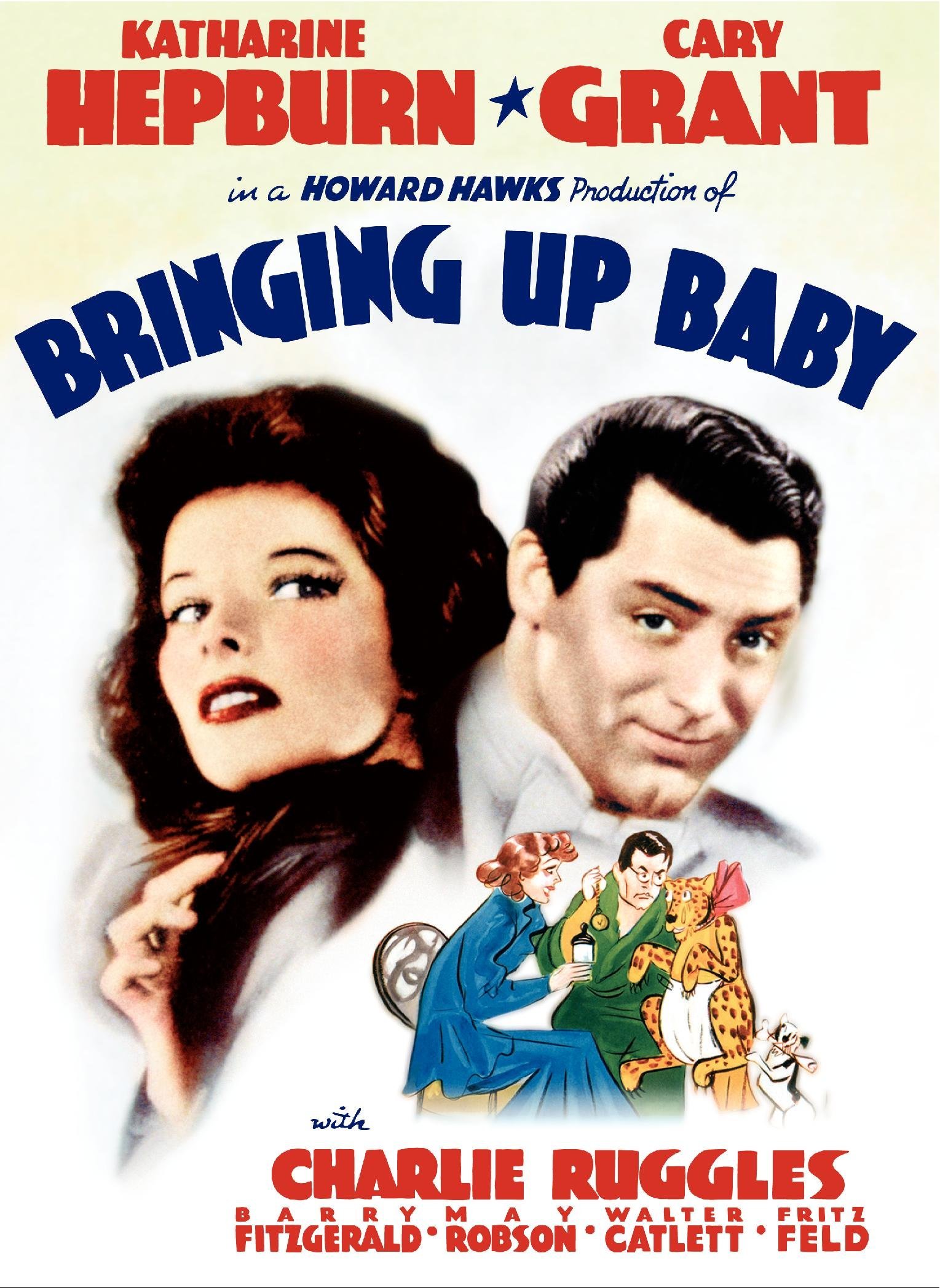 There’s a cult around Howard Hawks, who was one of the most competent filmmakers of his era. He was able to work in a wide variety of genres, and if he had a real gift, it was his ability to move things along. Bringing Up Baby is a pithy, lightweight screwball comedy that benefits from the swiftness of its pacing and the charm of its two leads, the incomparable Katharine Hepburn and Cary Grant. But Hawks only dips into the underpinnings of comedy, whose roots lie in human misery, and one sees the difference in Grant and Hepburn’s more varied, multilayered, and, dare I say, funnier performances in George Cukor’s Holiday and The Philadelphia Story. Those films didn’t need to be fast and frenzied to suggest comedy. they found it through clever sensitivity and gentle mockery.

If Hawks was able to summon up depth, it was in the hearts and minds of tough boys and confident girls bonding in times of crisis. The famous line in Bringing Up Baby about how the love impulse in mankind reveals itself in terms of conflict is best glimpsed in Hawks’s 1948 western Red River, where John Wayne’s Thomas Dunson dips into a harrowing psychosis before coming around and accepting Montgomery Clift’s Matthew Garth, madly saying to him, “I’ll catch up with ya. I don’t know when, but I’ll catch up. Every time you turn around, expect to see me, ‘cause one time you’ll turn around and I’ll be there. I’m gonna kill ya, Matt.”

Where’s the love, you ask? Perhaps “love” is the wrong word, but a resounding depth of feeling applies to Red River that’s squinted at in the over-praised Bringing Up Baby (or, for that matter, in most “boy meets girl” Hawks films, including limp noodles like To Have and Have Not). The love/kill connection isn’t an erroneous one. Grant spends much of Bringing Up Baby wanting to strangle Hepburn. Nerdy paleontologist David Huxley (Grant) meets mad heiress Susan Vance (Hepburn) by chance on the golf course, and wackiness ensues when she “accidentally” steals his car. Bumping into each other again in a fancy restaurant, they succeed in tearing each other’s clothes to an embarrassing degree and wind up back at her house. Every time, David wants nothing to do with her—and every time Susan comes back for more.

From there, the plot involves some nonsense about David trying to find an irreplaceable fossilized bone that Susan’s terrier buried in the yard, a leopard that becomes tame when its owners hum “I Can Give You Everything But Love, Baby,” and so on. We’re asked to believe that Grant’s straight-laced scientist needed a wacky shake-up of his neatly ordered life in order to become a well-rounded human being, and that Susan just needed a man to marry. That’s fine, neat, and acceptable, but unprovocative. And not really about love, either, because the characters are so busily engaged in comic sprints they’re denied the tools of self-expression.

Bringing Up Baby has some delightfully comic sequences, for sure. But I’m less inclined to remember the dynamics of the gag than Grant and Hepburn’s timing. Grant has a field day with his shamefaced reactions, his ad-libbed hems and haws, and his bursts of mania (“I just went gay all of a sudden!”), and Hepburn, even in a rather thin role, finely exhibits her customarily neurotic charm and winning confidence. They’re quite a pair: a simpering weakling and a spontaneous nutcase. But their moments of connection only really come when Grant stomps on her foot in a fit of pique and demands recompense (his clothes have been stolen), or when he’s about to choke her to death in a mud pit. They usually climax with Grant sinking into repression and Hepburn prattling on gaily, and the final shot of the movie will have romantics swooning, but also feels like fainting submission. By the end of Bringing Up Baby, the viewer feels the exasperated fatigue of these so-called lovers. Come to think of it, Red River’s final line of dialogue, after a bloody fistfight, is “You gotta marry that girl!”

Bringing Up Baby looks absolutely splendid, with beautifully cleaned up sound. Those who choose to revel in the lightning quick dialogue should have no trouble hearing Grant and Hepburn enunciate.

There’s solid commentary provided by Peter Bogdanovich, who indulges in his favorite pastime of imitating the distinctive voices of his favorite directors. He recites some of his interviews with Howard Hawks, and damn if he doesn’t capture Hawks’s gravel-voiced pigheadedness. To his credit, the quotes are appropriate and illuminating. Bogdanovich does a sterling job highlighting Hawks’s craft and his keen ability to keep motion pictures in motion, and also provides useful anecdotes and historical context. It’s one of the better commentaries featured on DVDs of Hollywood’s Golden Age, and I’d encourage Bogdanovich to contribute more. (He’s only irritating when preening about how much Hawks loved What’s Up Doc?) There’s a very good documentary about Hawks called The Men Behind the Movies that offers excellent interview footage of Hawks, who is alternately articulate and hesitant about his favorite themes and techniques, and revealing clips from his films. But the Cary Grant documentary, “A Class Apart,” is as maddeningly vague as Grant’s closely guarded personal life. The clips show the remarkable range and progression of Grant’s estimable career, but when his wives come on to pooh-pooh rumors about Grant’s gay old times with Randolph Scott, the press photos of the two leading men together aren’t fooling anybody. The collection of Howard Hawks trailers are the typical “grab ‘em by the lapels” previews of yesteryear. The comedy short “Campus Cinderella” and cartoon “A Star Is Hatched” are negligible.

Bringing Up Baby remains an over-appreciated curiosity piece, but the DVD treatment is all-around first rate.