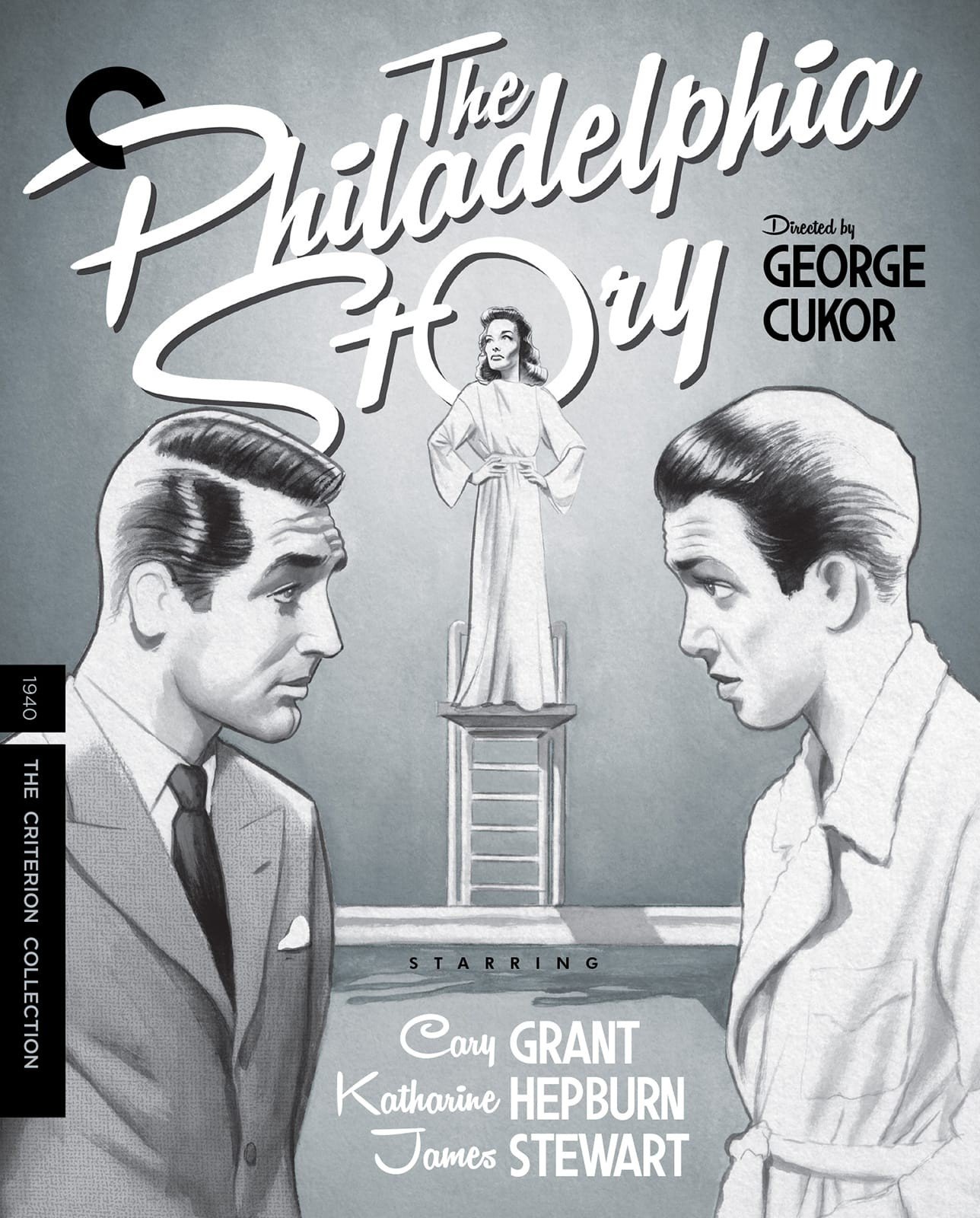 What can one say about one of Hollywood’s most sophisticated entertainments that also seems entirely skeptical of the sort of sophistication it depicts? More pressingly, what use does a #MeToo moment in history have for a film that opens with a man comically shoving a woman in the face and ends with the woman realizing that she never gave the man enough credit? The Philadelphia Story is, of course, a much smarter and more nuanced film than that, especially when its stable of adults get blithely schnockered and free themselves not so much from their self-imposed moral standards, but, more importantly, from their prejudices and preconceptions. Still, much of the film’s reputation today now comes down to how haughty, newly dubbed “box-office poison” star Katharine Hepburn used it to orchestrate her own feigned humbling. And the fact that Hepburn was almost entirely in the pilot’s seat—said pilot being Howard Hughes, who she was seeing at the time and who gifted her the rights to playwright Philip Barry’s original script—doesn’t make the bittersweet pill go down any more easily. That’s why it endures.

Hepburn positively embodies her signature role of Tracy Lord, the mainline Philadelphia society divorcée on the receiving end of the wordless opening sequence’s chauvinistic heave, delivered by C.K. Dexter Haven (Cary Grant). Even lying on the floor collecting her dignity, Tracy appears mulish in her triumphant dismissal of the cad in her life. From there, George Cukor’s film jumps forward two years, where Tracy is once again preparing to walk down the aisle, this time to be hitched to George Kittredge (John Howard), a respectably nondescript stick in the mud and beneficiary to her business mogul father’s preemptive nepotism. It’s quickly clear in the opening stretch of The Philadelphia Story that no one is exactly self-made. It’s just that Tracy’s the only one around who has the brass to act as though she is. That is, until the film introduces Macaulay Conner (James Stewart).

Macaulay, who in putting-off-airs fashion goes by Mike, is a stringer for a tabloid magazine, assigned to surreptitiously cover the Lord-Kittredge nuptials along with sadder-but-wiser photographer Liz Imbrie (Ruth Hussey), an all-around chum who clearly carries a torch for her workmate. Just as Tracy glides like a battleship of self-assurance, so too does Mike. He’s got a book of poetic waxing under his belt, and has been using that accomplishment as the measure for everything he’s done since. Macauley is in rare form upon his arrival at the Lord estate, regarding each gaudy wedding gift with a bulldog’s sneer, insolently kicking his heels up on the receiving room table. Tracy catches onto his and Liz’s ruse—they’ve permeated the premises on a lie concocted by none other than Dexter, so she instantly smells a rat—and puts on an act to match Mike’s, flitting away in a caricature of a socialite.

Among the foremost attractions of The Philadelphia Story is watching those specific two characters improbably meet in the middle, courtesy of a few flacons of bubbly, and how their mobility is held against Dexter’s own newfound tranquility as a newly reformed ex-alcoholic. On paper, history hasn’t been exactly kind to the revelations Tracy makes following a sozzled pre-wedding midsummer night’s dream—that, as her monstrously philandering father so gracelessly points out at one point, her inability to accept and live with a man’s flaws has robbed her of her humanity. (Try to imagine the same charge being leveled at any of the men in this or any other picture from that era.) Hepburn at that point in her career admittedly didn’t have to do too much heavy lifting to convey Tracy’s brittle emotional status quo. Stewart, arguably more. The film was his sole Oscar-winning role, and fine as he is, most film historians will quickly assure it was a consolation prize for having lost the award the previous year for his rousing work in Frank Capra’s Mr. Smith Goes to Washington. But his “hearth fires and holocausts”-spouting about-face is a marvel of nuance, undoubtedly summoned with the sage assistance of Cukor, who as one of the most powerful gay men in Hollywood at the time (however unspoken) had a unique knack for observing traditional heterosexual power dynamics with a canted eye. Which would make Grant’s character something like the director’s stand-in.

It’s impossible to imagine the film working without Hepburn, who didn’t win the Oscar for her comeback moment. Placing an actress as headstrong as her in the role steers the source material away from its acidic Taming of the Shrew undertones. If Tracy Lord is going to learn how to stop sermonizing from the mount, dammit, she’s going to do so on her own terms, by making her own “mistakes” and learning from them to embrace the messiness of being a human being. And maybe to down a cocktail every now and then.

According to the restoration demonstration, Criterion was forced to work without an original camera negative. That they managed to eke out images as fine as they did from a heavily warped positive copy speaks pretty highly of the state of the art and how the boutique label’s technicians apply it. It’s maybe by a few passes less crystalline than some of their other recent black-and-white restorations have been of late—there are some noticeable halo-like artifacts during the opening credits—but it’s handsome all around. The monaural sound comes out of the center channel fairly treble-heavy, as can be expected. But it’s otherwise a highly legible uncompressed presentation.

Those picking up this set might do well to simply and immediately skip over to the two 1973 episodes of The Dick Cavett Show that are included, which tell about as much as anything else on the disc about what sort of person Katharine Hepburn was and how she carried herself. The first episode in particular opens with an extended outtake showing Hepburn’s arrival on set, as she weighs her options and decides whether or not to even do the interview at all. Blasting the color of the carpet, requesting a sturdier table to rest her feet upon before jocularly swapping two tables around herself (and telling the unionized stage crew, “I’ve been around long enough, I’ve got my card”), she’s irrepressibly her own special creation. Nearly two and a half hours’ worth of this vintage material are fans’ for the asking. (There’s additionally a quarter-hour clip of a 1978 appearance on the same show by George Cukor, which isn’t nearly enough.) An audio commentary from 2005 by film scholar Jeanine Basinger is recycled from a previous release, and it’s an appropriate match for the film itself: sturdy, erudite, fairly unconflicted about the supremacy of the Hollywood studio system. Finally, there’s a radio adaptation of the play that’s, well, a bit of a chore.

If The Philadelphia Story proves but one thing to modern audiences, it’s that people have been getting drunk and sleeping with strangers the night before their weddings since the dawn of time.