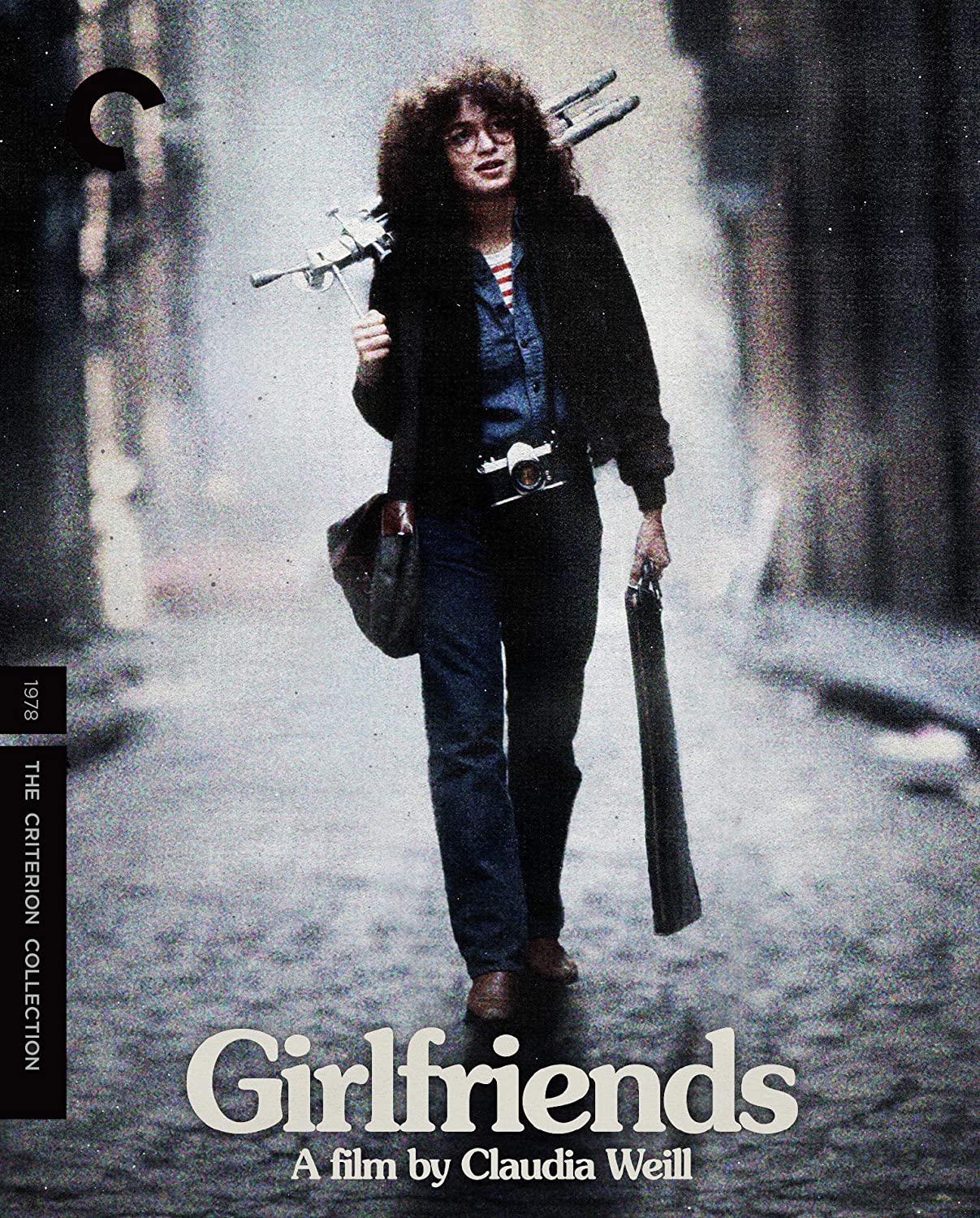 More than perhaps any other classic independent film, Claudia Weill’s Girlfriends feels like the ür-text of the modern Amerindie, namely for showing the dramatic potential of a small-scale story seemingly about nothing. Its conflicts are so understated that they only come into focus over the period of years that the film covers, with most of the narrative trajectory devoted to patiently observing the characters as they grow together and apart.

Girlfriends revolves around twentysomething friends Susan (Melanie Mayron) and Anne (Anita Skinner) struggling to figure out what they want from life. For Anne, her aspirations as a poet start to take a backseat to her growing relationship with boyfriend Martin (Bob Balaban), while Susan makes a living photographing weddings and bar mitzvahs while dreaming of exhibiting her more personal, artistic photos.

Girlfriends spends most of its first act simply aligning itself with the characters’ cadences and contradictory impulses. The film jumps, for example, from Anne admitting to Susan that she’s in love with Martin to her later exploding about his fickle commitment to their relationship, and then to her abrupt announcement of their engagement. Weill uses these jarring emotional leaps for comedic effect, but also to communicate how close the women are and how easily they can adapt to each other’s wavelengths, from Susan gleefully hugging the happy Anne to taking her to the nearest bar after her blowup and helping her to calm down. In only a few minutes of screen time, the film clearly establishes the ying-yang nature of their relationship.

That same concision applies to how the film captures Anne and Susan’s relationship fraying as their lives go in vastly different directions. Weill conveys Susan’s somewhat shellshocked reaction to Anne’s wedding by playing audio of the reception over a shot of Susan repainting their apartment alone. At a party with other bohemians, she initially turns down a dance with a stranger, Eric (Christopher Guest), until people keep asking about the wedding, at which point she asks the man for a dance, and subsequently begins a relationship with him. Susan is established as sardonic and calm individual at the start of the film, but she looks erratic as she follows Eric home after the party, only to then flee back to her own apartment with a dazed look on her face as she endures awkward small talk from a cabbie.

Much of Girlfriends unfolds as a subtle comedy that leans into the maladroit social humor of awkward conversation between people who have no idea what to say to each other. The film can wring both tension and laughs from, say, Susan attempting to make conversation with Martin, who offers her coffee only to then unnecessarily say, “It’s Moroccan.” Weill slowly turns the film’s vignette-like structure into a series of anti-jokes that play on Susan’s hapless social skills with everyone who isn’t Anne. Whether professionally hustling or attempting to make personal connections, Susan always gets too deep into a chat to gracefully bow out but never has enough material to make it to the natural end of a conversation. A potential affair with a rabbi (Eli Wallach) is cut short by a cringe-comedy reveal that anyone except the adrift Susan could have seen coming, and the shock is as pitiable as it is darkly amusing.

So much of Girlfriends plays up Susan’s haplessness at self-advancement that it makes the final act, in which her belated modicum of success sparks a wave of jealous resentment in Anne, all the more surprising. Restricted to Susan’s perspective for so much of the film’s running time, we’ve felt only her sense of stasis and frustration. As such, the most brilliant turn of Vicki Polon’s screenplay comes with the revelation of Anne’s struggles to accept her life as a housewife and mother, as well as Susan getting to live the one that she can now only fantasize about as she lounges about her house upstate, only exerting any control over her existence by choosing whether or not to have more children. This reconfigures Girlfriends from a comedy of manners about coming of age into a more reflective study of the various paths life can take and how enviable even the most seemingly rudderless existence can be for some. The film’s seemingly disconnected structure thus comes into sharp relief as carefully planned, revealing the strong direction that guided its listlessness.

Sourced from a 4K transfer, the Criterion Collection’s disc preserves the grain and texture of the film’s 16mm photography. The natural colors look well-saturated, and there are no visible instances of debris or scratches. Flesh tones are realistic and capture all the blemishes that make the actors look like, well, real people. The soundtrack is clear, with dialogue centered and crisp but for the slight echo of speech in high-ceiling rooms.

An interview with Claudia Weill focus on the director’s eclectic career—from her art studies in college to her documentary work—including an assignment to film a delegation of women traveling to China in the wake of Nixon’s visit. She also covers how she assembled Girlfriends, starting with an expository script and whittling it down to the observational, suggestive version that was produced. Screenwriter Vicki Polon also discusses that process in a separate interview. A group interview with Weill, Melanie Mayron, Christopher Guest, and Bob Balaban is also included, as is a conversation between Weill and filmmaker Joey Soloway and an archival interview with Weill and Mayron for a Canadian talk show. Rounding out the video extras are two of Weill’s documentaries: Joyce at 34, co-directed with Joyce Chopra about how Chopra’s motherhood affected her career, and Commuters, about suburban New Yorkers going to and from work in the city. A booklet essay by Molly Haskell unpacks the film’s feminist themes, arguing that the confused, frustrating lives led by Susan and Anne are powerful demonstrations of the freedoms finally offered to women not limited to lives of subservience.

Claudia Weill’s subtle, masterful dramedy is one of American cinema’s great character studies, and it receives an excellent home video release from Criterion.

Blu-ray Review: I Spit on Your Grave Gets 3-Disc Ronin Flix Collector’s Edition