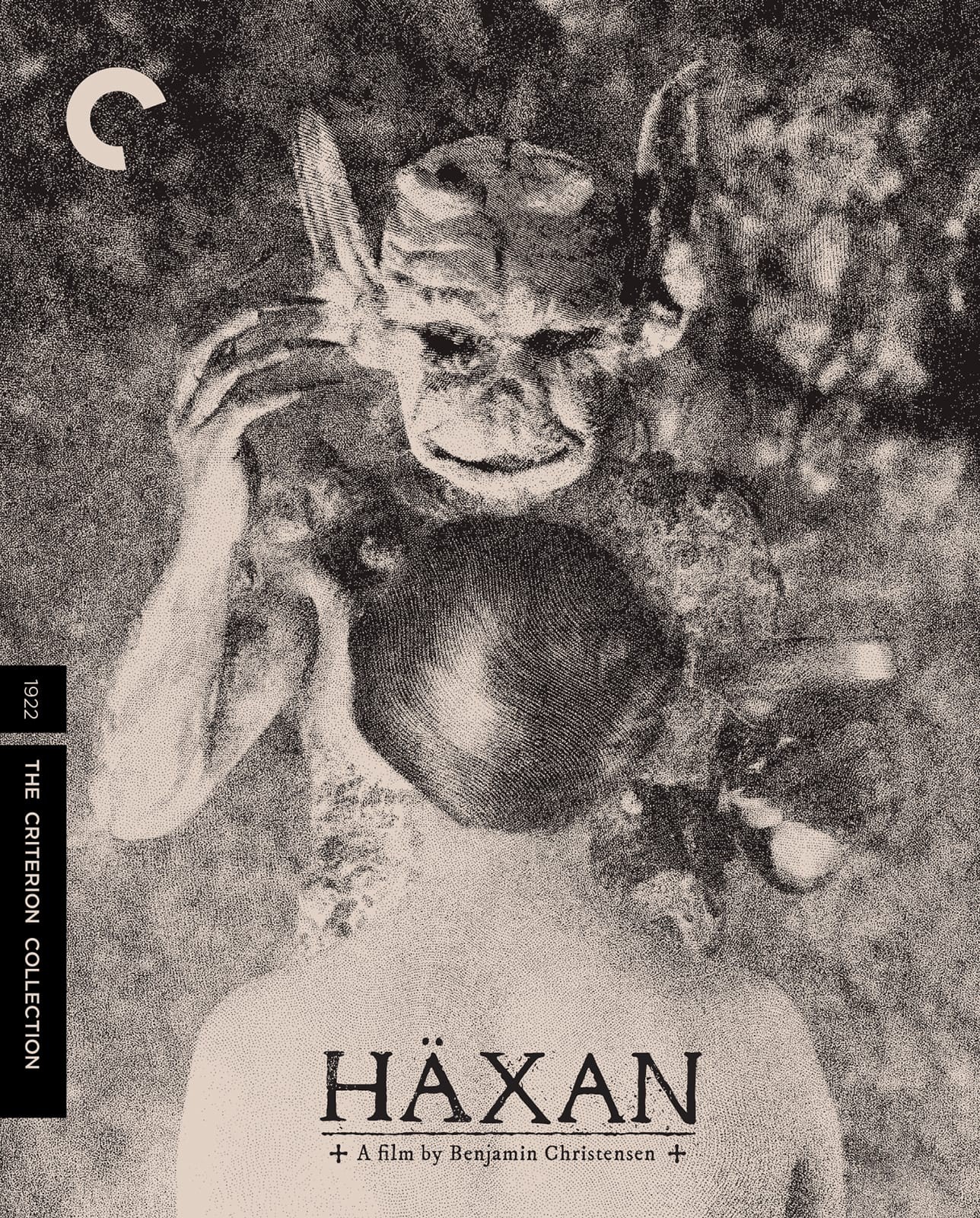 Benjamin Christensen’s shape-shifting Häxan, which features such Boschian visions as a swarm of witches soaring briskly over a rear-projected, blue-tinted cityscape, begins with something like a primitive PowerPoint presentation. Announcing himself as both the filmmaker and first-person author of the intertitles, Christensen walks us through the history of witchcraft and witch persecution, lingering at length on the garish abuses of medieval times. While this account unveils itself, the screen is occupied by a series of optically printed slides of archival artwork depicting demonic activity—striking images that are intruded on periodically by a blackboard pointer in the foreground.

This plainly pedagogical opening is something of a misdirection, adopting an authoritative tone that this 1922 silent will then complicate when it segues into a collage of dramatic reconstructions immediately thereafter. An early ancestor to the essay film, Häxan freely mixes historical fact and collective imagination as it dredges up grotesque, crepuscular visions from ancient record, utilizing a style that draws no clear aesthetic distinctions between reality and fantasy. Veering away from the didacticism of the prologue, Christensen stages a pair of stories: In the darkly comic first episode, a community of witches in the late 15th century concoct a love potion out of pigeon heart and cat feces so as to hoodwink an unsuspecting monk, while the extensive follow-up assumes the dimensions of tragedy as a well-to-do family accuses a poor old beggar (Emmy Schønfeld) of bewitching their patriarch.

Both sections indulge occasional documentary-like detours, with the second in particular spinning off into a string of thorough diatribes against the clergy and the court, both ruled over by cruel and paranoid witchfinders. That Christensen himself appears in these reenactments as the Devil should leave no doubt as to both his impish sense of humor and his ultimate allegiance to the tortured women in these tales, forced as they are by a repressive society to embrace the carnal and the fantastical as a retreat from society’s relentless intimidation. The film radiates gleeful abandon in giving form to these communal nightmares, which account for its most radical imagery: a nocturnal woodland bacchanalia of feverish witches and cauldron-stirring demons captured with a low-budget studio ingenuity that clearly influenced Guy Maddin, and later, the truly gobsmacking shot of one witch-hunting victim, immersed in her fantasy world, birthing a seemingly never-ending chain of creatures with defects so monstrous that those of the Eraserhead baby seem minor by comparison.

Häxan concludes by tying, in great detail, these absurd and harrowing histories to contemporary life. Leaving no stone unturned, Christensen ventures to suggest all manner of modern practices as having roots in these ancient forms of misogyny, from hospitals diagnosing hysteria, police cracking down on kleptomania, nursing homes mistreating the old and poor, and even filmmakers manipulating their actresses. The last example, reinforced by a close-up of Schønfeld looking embattled and miserable, anticipates the essay film’s tendency toward self-interrogation long before Jean-Luc Godard or Chris Marker even picked up a camera, making Häxan as pioneering from an artistic standpoint as from a humanist one.

The digital transfer here lives up to Criterion’s tradition of quality. Nowhere is there a sense that you’re enduring a dusty artifact with insurmountable blemishes, but rather a work of art brought to a 21st-century standard of clarity and visual richness. Contrast is lush, artifacts have been minimized, and grain is rich and consistent. The score, re-arranged from the original Danish premiere by Gillian B. Anderson and performed by the Czech Film Orchestra in 2001, has been recorded with an equivalent degree of dynamics and sonic fidelity.

Witchcraft Through the Ages, the version of the film re-released in 1968 with narration by William S. Burroughs and a clanging avant-garde jazz score by Daniel Humair, accounts for much of the real estate on the extra’s front. In addition to these obvious aesthetic distinctions, which offer a neat case study in the differing tastes of the two eras, this version also appears without the blue and red tinting of the original. Elsewhere, there’s a filmed introduction by Christensen, who discusses the profound havoc wreaked by the historical witch hunts, as well as a comprehensive bibliography of the sources used in Häxan’s opening passage. Assembled by scholar Casper Tybjerg, this supplement, linking woodcut illustrations, oil paintings, broadsheet prints, and more to their origins across the world and from as early as the 12th century, provides thorough footnotes to his already scrupulously researched commentary track. Rounding out the package is an unspectacular reel of outtakes and two fine booklet essays by Chris Fujiwara and Chloé Germaine Buckley—the former conducting a technical and formal analysis and the latter digging into the larger social history of witchcraft.

Häxan offers a radical early example of the essay film, and Criterion updates their old package with further context around the film’s heady investigation of ancient witchcraft and its modern equivalents.