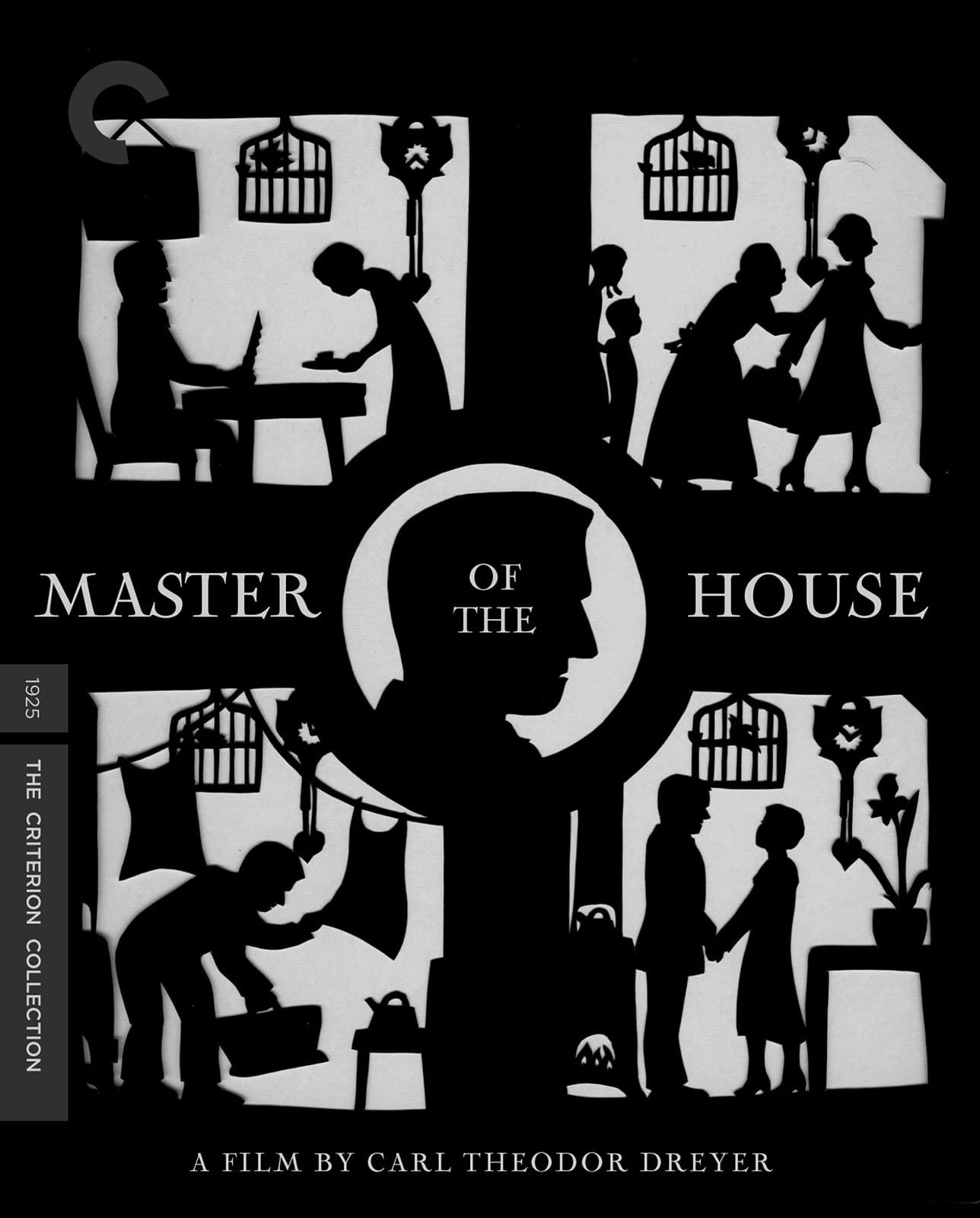 In Carl Theodor Dreyer’s classic work, a visual style attuned to expressive but uncluttered composition begets a spiritual presence, an incorporeal manifestation of the social evils depicted in the frame. Master of the House, made shortly before the director attained international fame with The Passion of Joan of Arc, lacks the atmosphere of his subsequent films, yet Dreyer’s deceptively simple aesthetic is already on full display. The film takes place almost entirely within a modest, middle-class apartment, with each room thoroughly detailed and configured logically with clear continuity editing. So patiently does the director lay out the apartment and its mise-en-scène that subtle fluctuations in the placement of slippers or a clothesline later in the movie not only communicate changing order, but shifting psychological states for the unit’s residents.

The film begins by delving into the gendered division of labor in the home. Ida (Astrid Holm) wakes up in the morning and immediately sets to her chores, with daughter Karen (Karin Nellemose) and the family’s ancient nanny, Mads (Mathilde Nielsen), joining in throughout the day with their own tasks. The static, tableau style that initially establishes the apartment gradually gives way to more actively edited sequences that pile on the stresses of the mother’s daily responsibilities, the increasing tension culminating in the family patriarch, Viktor (Johannes Meyer), coming downstairs and ranting that his coffee isn’t already on the table when he sits down. Viktor’s obliviousness to just how much Ida must juggle before his feet even touch the floor in the morning makes his chauvinism unbearable, and when he comes home that night and viciously needles Ida for not having everything in the home exactly as he prefers it, Mads snaps and forms a plan with Ida’s mother to send Ida away to force Viktor to care for himself and appreciate how hard his wife works.

In an American silent production of the time, all of this would likely give way to farce, with physical comedy resulting from Viktor attempting to keep a handle on things to assuredly disastrous results. Here, however, the comedy derives from Mads’s minute distortions of the previously established placement of all the things Viktor considers of paramount importance. She sneaks his slippers away from the furnace to deny Viktor that demanded convenience, speaks to him the way he bossed around Ida, and she even intercepts efforts by Karen and Ida to let Viktor off the hook to ensure that nothing interrupts his re-education. It’s humor rooted not in performative acrobatics, but the minor differences of rhyming shots, and editing that regularly answers Viktor’s stubbornness with his cowed acceptance later. Even the more traditionally broad visual gags require close attention to easily missed details, like a shot of Mads quietly watching Viktor berate Ida, the heart-shaped pendulum of the clock behind her a means of communicating her outraged via an external pulse.

This delicate, intricate comedy reflects the production’s thematic ambition, which doesn’t stop at the satisfaction of seeing Viktor tamed, but broadens out into a carefully observed social commentary. The acting almost never lapses into the grand gestures and vaudevillian exaggeration of silent comedy; when Viktor terrorizes his wife, he does so not with a ballooned, enraged face and violent motion, but with snide glances and overbearing reminders, as if he were addressing not his wife and children but his employees. And Ida herself is no Lillian Gish saint, sometimes curt with the children and, for all her willingness to suffer her husband, clearly giddy when she returns at the end and spies on his changed behavior before making her presence known. Master of the House displays a keen insight into these characters, linking Viktor’s bossy domestic nature to his shame at losing his business and threatening his family’s well-being, while Ida has grown so used to the bustle of her own job that she spends her vacation in a stupor, like a retiree who lost the one motivating factor in life. But the film’s most resonant observation is in how easily Viktor, so resigned to his masculine, patriarchal ways, accepts a more traditionally feminine role with the mildest conditioning. Dreyer’s films from Joan of Arc forward often foreground the repression of and violence against women, but with its gentle humor, Master of the House shows just how fragile the gender constructs that produce such hostility really are.

Apart from some print damage expected of a 91-year-old film, Master of the House looks great on Criterion’s Blu-ray. The neutral lighting and repetitious shot patterns give the film a unified look, and the disc has a similarly consistent image, with George Schnéevoigt’s cinematography retaining its crisp focus throughout. Some of the close-ups have incredible definition for such an old movie. Not much can be said about the lossless audio track, but no complaints can be lobbed at its clear presentation of Gillian B. Anderson’s reconstructed piano score.

Befitting the film’s pared-down aesthetic and focused screenplay, Master of the House comes with minimal features. One is a brief overview of the film and Carl Theodor Dreyer’s silent career by Danish film historian Casper Tybjerg, and the other is a visual essay by David Bordwell. Bordwell’s essay goes into greater detail on the film, arguing for its subtle formalist innovations, and the academic provides historical context of Dreyer’s silent contemporaries both within and outside of Denmark. Bordwell has long been one of the more accessible film academics, and his essay similarly avoids dense jargon in favor of clearly presented information and well-chosen visual examples. The accompanying booklet contains an essay by Mark Le Fanu that outlines the film’s merits, as well as some background on the actors.

Decades ahead of its time, Carl Theodor Dreyer’s silent satire can now be fully appreciated for its modern acting, nuanced invention and sly wit.