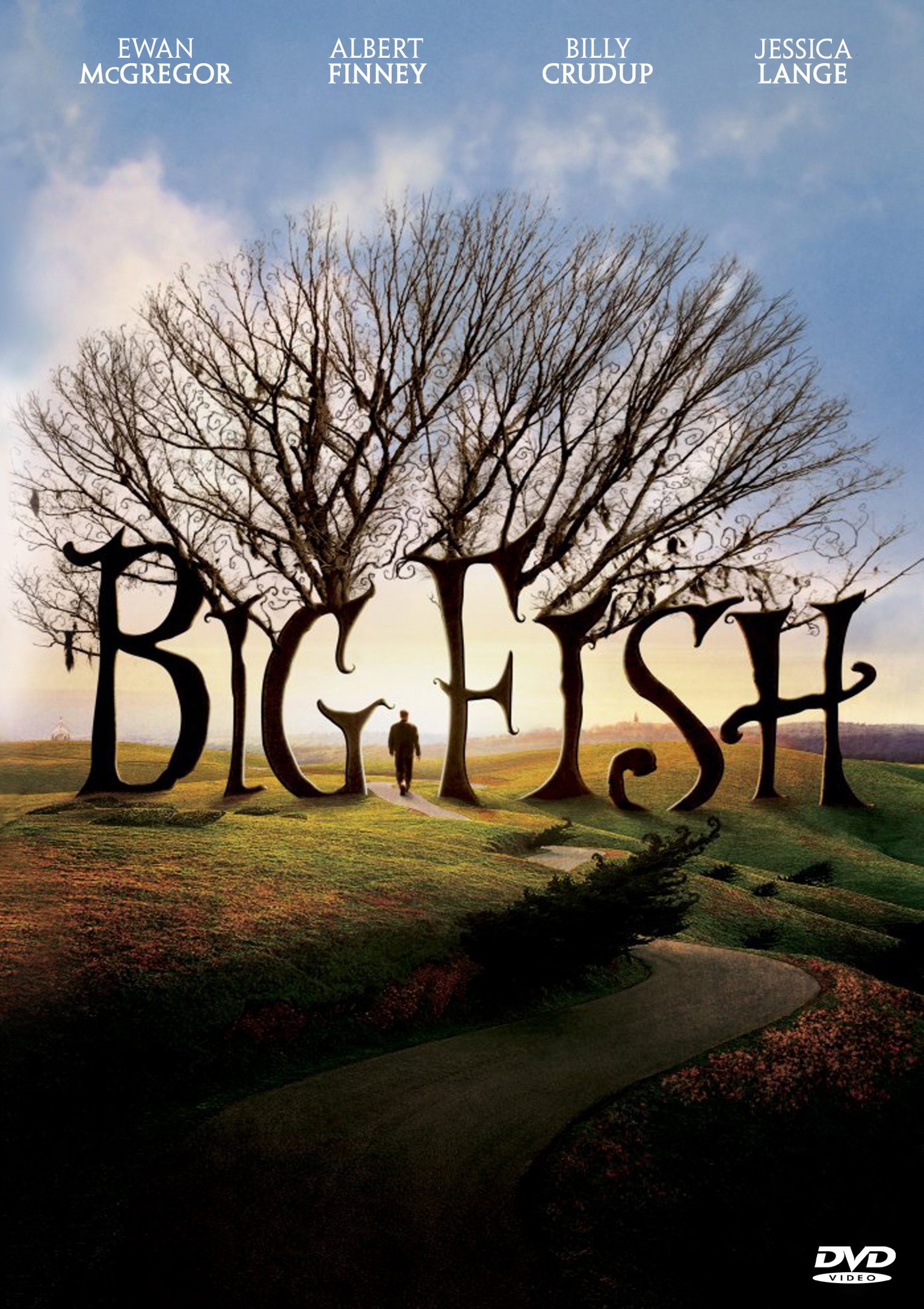 Critics have already been comparing Tim Burton’s new film Big Fish to Forrest Gump, which is somewhat of a mis-association. American history happens to a passive Tom Hanks in Robert Zemeckis’s endearing but naïve Oscar-winner. In Big Fish, Edward Bloom (Ewan McGregor) happens to the American pastoral. In many ways, comparisons to Denys Arcand’s heinous The Barbarian Invasions are more appropriate. Both films center around a father-son disconnect, but only one truly attempts to understand the rocky relationship between parents and children. More positively, the film also plays out as a magical realist companion to Emir Kusturica’s towering parable Underground, which similarly challenged the way we watch movies.

McGregor’s sociable Edward Bloom is a big fish in a small town, a Johnny Appleseed who refuses to settle for a life less ordinary. Over the course of the film, an older and ailing Edward (an incredible Albert Finney) spins tall tales for anyone who will listen: how he caught the biggest catfish in the world but how he had to let it go at the risk of losing his wedding ring; how he saved a small town from a hungry giant (Matthew McGrory) and stumbled upon a heaven-ly village after choosing the road less taken (Robert Frost would be proud); how he worked as an indentured servant for a lycanthropic circus master (Danny DeVito) for no pay (only the satisfaction of discovering new tidbits of information about his future wife); and so on.

These stories fail to compel Edward’s son, William (Billy Crudup), and it’s this lack of faith that Burton targets to illuminate our country’s notions of patriotism, pop culture, and spirituality. Though Daniel Wallace’s novel of “mythic proportions” is as American as apple pie (not unlike, say, Pee Wee’s Big Adventure), Burton and screenwriter John August (Go and McG’s two Charlie’s Angels films) ensure the story’s universal appeal. “It’s rude to talk about religion,” says Edward at one point, cheekily pointing to the non-secular nature of the stories he uses to engage the world around him. There’s no mention of God in the film, but there is a god very much alive in Burton’s fantastical set pieces.

Big Fish is a cosmic gallery of gothic inventions and magical wish fulfillments. Edward may as well be an apostle sitting on top of a mountain, compulsively relating stories about the founding of a man and, much larger, the founding of a nation. What with its many intertwining subplots, his life is a collection of Bible stories that engage our spiritual curiosity, asking us to entertain and cultivate myth over reason. When the young Edward finally wins the young Sandy (Alison Lohman), they stand in a field of yellow daffodils and the war zone where Edward defeated a familiar competitor resembles a crop circle in the shape of a sperm cell. These are the evocative images that perpetuate Edward’s personal and Burton’s aesthetic myth-making.

An older Sandy (Jessica Lange) gets into a bathtub fully clothed with her dying husband. “I don’t think I’ll ever dry out,” she whispers. It’s the most beautiful piece of dialogue you’ll hear in any film this year, because it not only speaks to the power of their love but is indicative of just how saturated Burton’s images are with that love. There’s a suspicion that Edward Bloom may or may not have lived the fabulist life he compulsively speaks of. Whether or not he is telling the truth is beside the film’s “surprise” ending. Big Fish is sentimental but never manipulative, a non-secular tall tale that speaks to our universal desire to live life not necessarily to its fullest, but with wonderment of our very existence. It’s a simple but profound truth. Big Fish is love and death, Burton style.

If you remember Sleepy Hollow, then you know how desaturated the film was. Same thing applies with Big Fish, except the softness of the film’s images aren’t exactly consistent on this DVD transfer. There’s a certain glow to the scenes situated in the past, but that softness sometimes carries over to present-day sequences. Colors are vibrant for sure and shadow delineation is splendid, but I did notice some shimmering and artifacts during long fade-outs and edge haloes are visible here and there. All in all, a so-so video transfer. The audio fares better: Despite the film being very dialogue-heavy, all channels are kept busy throughout. Dialogue is front-and-center and Danny Elfman’s score, though not among his best work, elegantly permeates all channels.

Though advertised as a “Tim Burton Audio Commentary,” this is a sit-down interview with the director and someone whose name is impossible to make out from his introduction (something along the lines of “Axel’s Breathing on Burton and Burton” or “Axel Smears Burton on Burton,” which would be referencing a book that’s actually written by Burton and Premiere writer Mark Salisbury). Only occasionally does the duo directly address the images on screen, but this is not an issue. This is a remarkable über-commentary that features the mystery interviewer asking Burton questions about his deceased father, his aesthetic philosophy and his opinions of fairy tales. Six featurettes are divided into two sections: “The Character’s Journey” and “The Filmmakers’ Path.” Fans of the film will appreciate the features stored in the latter section more considering they’re less junket-whorish and because they home in on the challenges faced by Burton, screenwriter John August and Stan Winston Studios in bringing Daniel Wallace’s vision to the big screen. If you’d rather not watch the features together in a row, you can equip a function called Fish Tales using your remote control and access these featurettes individually whenever a fish icon flashes on the screen during the movie. Pass the Tim Burton Trivia Quiz and you’ll be rewarded with a mini special effects featurette. Rounding out the disc are previews for (get ready for this): Big Fish, 13 Going on 30, Hellboy, Spider-Man 2, 50 First Dates, Secret Window, The Company, You Got Served, Mona Lisa Smile, Something’s Gotta Give, The Triplets of Belleville and the Big Fish soundtrack.

A so-so video transfer, but Burton fans will be delighted by the excellent commentary-slash-chat-session between the director and mystery interviewer.