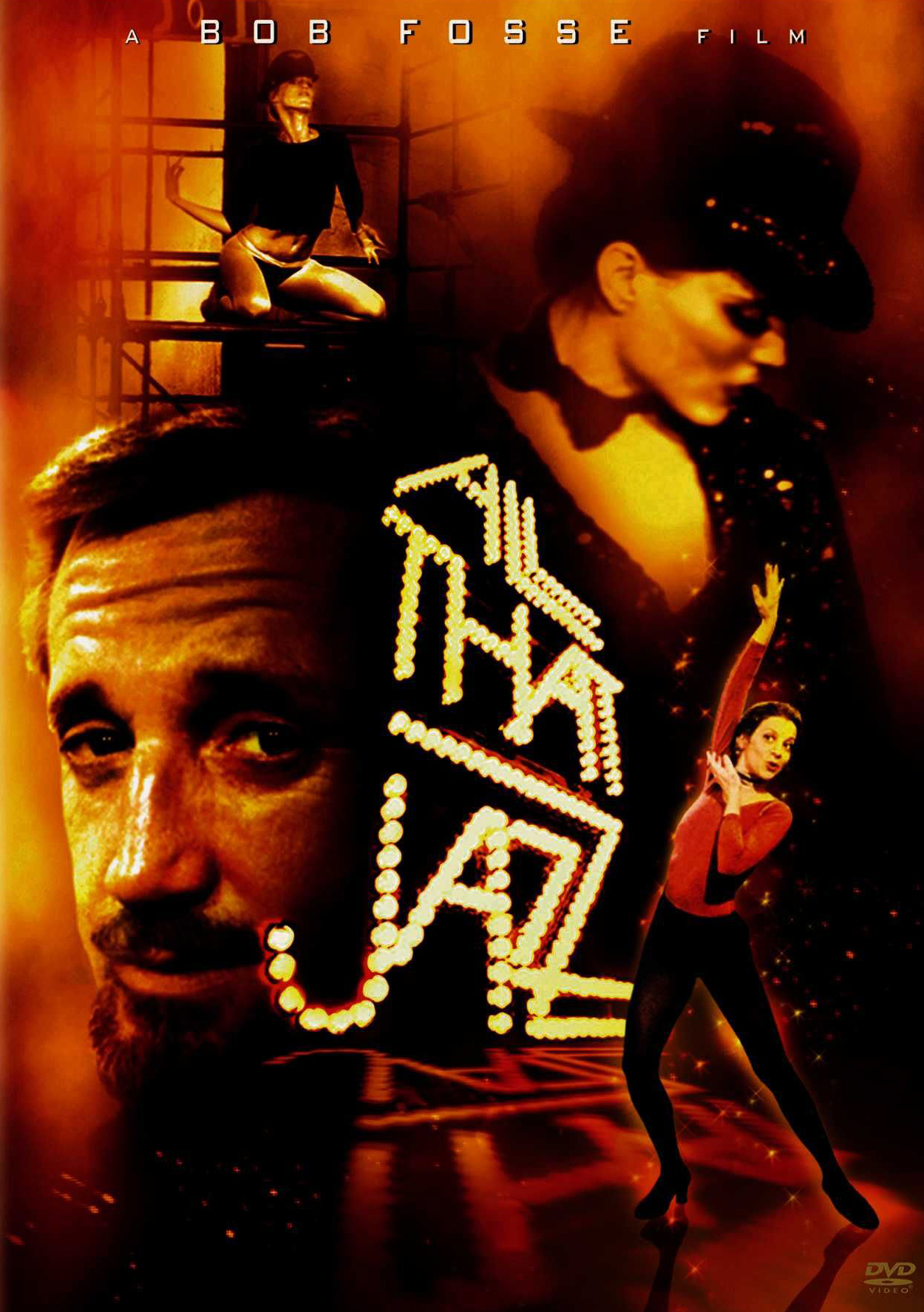 There’s something a little perverse about a director who models his own ego trip completely after someone else’s movie. Such is the case with Bob Fosse’s 8 1/2, more popularly known as All That Jazz. In it, Fosse’s alter ego Joe Gideon (Roy Scheider) juggles simultaneous film and stage productions, as well as his broken home life, multiple affairs, and his own failing health (one of Jazz’s many parallels to real life is how it eerily predicted Fosse’s own death by heart attack). Gideon’s newest film, The Comedian (obviously a riff on Fosse’s own Lenny) has been in the editing suite for months past its original deadline. Meanwhile, he’s helming a vanity project for his ex-wife, to make amends of a sort. Neither project is passing his own ridiculously high standards of excellence and he plunges into a crisis in which he finds himself playing psychological case study with the Angel of Death (Jessica Lange). Fosse might owe a lot to Fellini’s plunge into self-obsession, but the pungent texture of showbiz grime and sweaty, thrusting body geometry are completely his own. In powerhouse numbers like “Take Off With Us” and the infamous “Bye-Bye Love” (easily the longest on-screen death rattle of all time), Fosse brings his own unique style of rhythmic, dance-like film editing that he initiated with Cabaret to its apotheosis. Never content to cut on a beat, instead he makes razor-sharp edits at the change of a dancer’s direction, or as an extension of his combination moves. In essence, he turns the art of the edit into its own form of choreography. All That Jazz may be Fosse’s finest cinematic achievement.

Jazz was likely filmed with an exaggerated sense of seediness and hollow, garish glitz. So, while at first glance Fox’s anamorphic video transfer might seem like a disappointment, it’s probably pretty close to the original cinematographer’s intentions. There is quite a bit of grain, but it’s also extremely sharp and colors are by and large accurate. The stereo surround soundtrack is most active during musical numbers (George Benson’s “On Broadway” packs a little punch), but is otherwise not too expansive. Short of a full-blown remix, this is probably as good as All That Jazz is going to sound.

Bob Fosse nuts everywhere are going to go directly to the five short clips of the man himself directing the film’s opening audition sequence. While he doesn’t talk very much, and moves almost less often, it’s still interesting to note what a powerful sphere of influence he commands. The rest of the features focus on Scheider. First is a sporadic commentary track, which is insightful if maybe a touch too reverential. Also included are three interview clips which likely came from an original press kit. A series of theatrical trailers rounds out the modest-but-satisfying package.

All That Jazz manages an act of alchemy as it exudes the foul miasma of flop sweat at the same time as it showcases Fosse’s consummate cinematic talents.