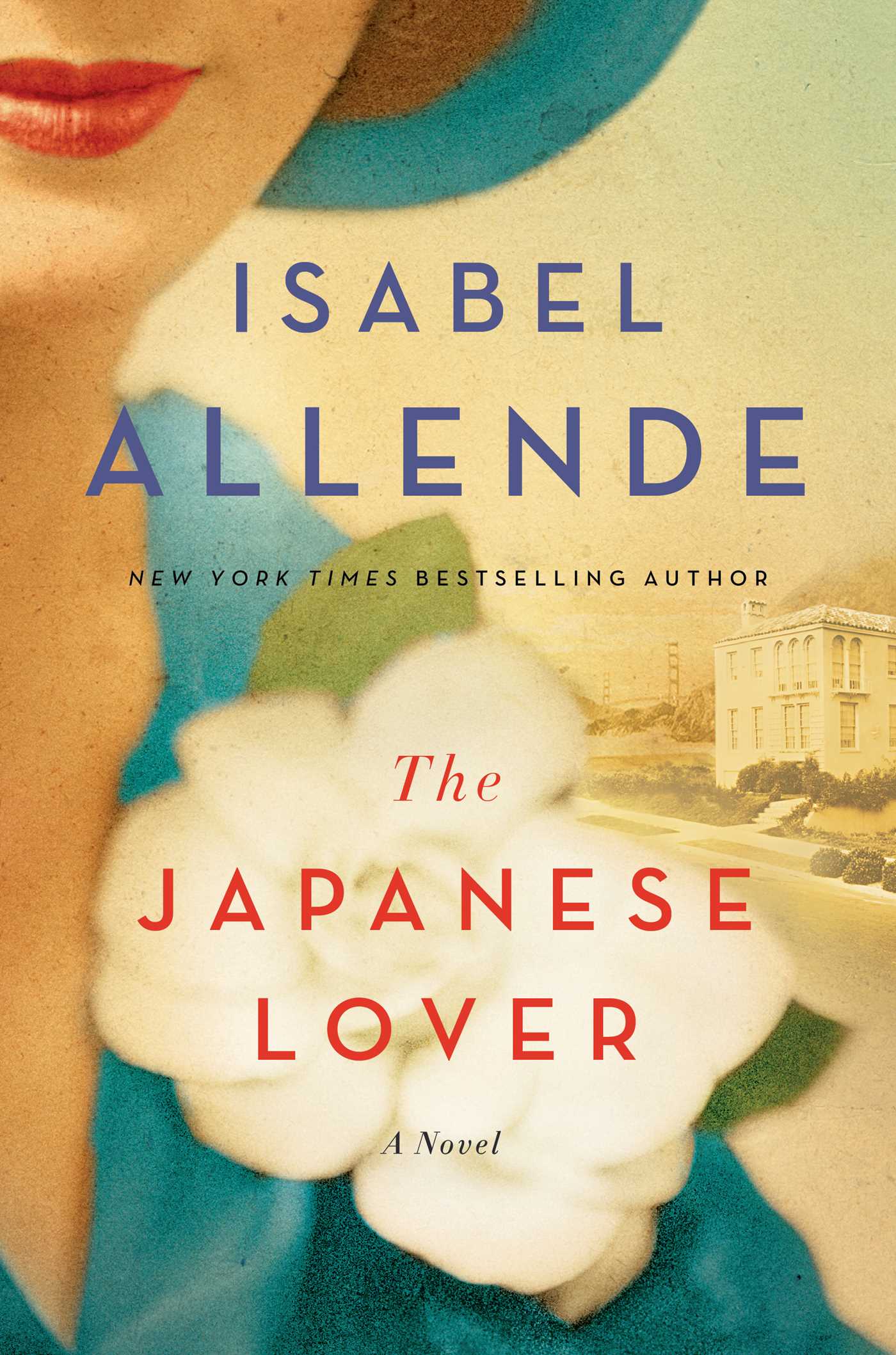 Set in San Francisco at Lark House, a retirement home, Isabel Allende’s The Japanese Lover begins with the arrival of a new staff member, Irina Bazili. The young woman hopes her stay in California will stick. As we read on, we learn she’s rarely stayed in one place ever since…well, learning precisely what has prompted Irina’s nomadic and isolated life is only one of many mysteries the novel teases at its start. Irina soon becomes well acquainted with the various men and women who live at Lark House. She’s taken in by Alma Belasco, who, despite being quite capable of handling her affairs and having no discernible need to be taken care of, has decided to move out of the luxurious Belasco estate she grew up in and into the modest quarters at Lark House.

When Irina starts to suspect that Alma may have a lover, perhaps the man whose portrait the Belasco widow keeps in her apartment, a man who goes by the name of Ichimei Fukuda, Allende plunges you into the decades-long romance that gives the novel its title. Alma begins sharing her story with Irina, and Allende expertly shuttles between both of their backstories, peeling back the layers of trauma and tragedy that have made both women keep most everyone else at bay.

The Japanese Lover cannot help but echo Allende’s most well-known work, The House of the Spirits. Both novels capture the expansiveness of 20th-century history within the confines of a family saga, and both use the haunting power of memory to retell doomed love stories that nevertheless defy the ravages of time. But while that 1982 novel was a century-spanning family story that was almost obsessively focused on the local, with the eponymous abode housing an increasingly violent Chilean history, Allende’s latest splinters out into the global, its characters carrying within them the history of a modern world torn apart by global conflicts.

The novel takes us back to Moldavia, where Irina grew up, and later to Dallas, where her life gets derailed. We travel back to Danzig, where Alma last sees her Jewish family in the late 1930s before she’s sent off to live with her relatives in California, and later to Boston, where she pursues studies alongside her cousin, Nathaniel Belasco, with whom she’s always shared a close bond. As these tales are woven together, we also get to follow the Fukuda family, who, despite having a flourishing gardening business that tends to the Belasco estate, are forced to move out to Utah to one of the Japanese internment camps set up while America was at war with Japan.

The Japanese Lover juggles all these narratives while building up to various reveals that explain what it is Irina is running away from, what it is that drove Alma to Lark House, and what happened to the “Japanese lover” with whom she had a torrid affair 60 years prior and who continues to haunt her twilight years. As Alma points out, the stories of her past are “more alive now than ever. That’s what happens with age: stories from the past come alive and stick to our skin,” and the novel is at its most stirring when it zeroes in on those pulsating stories.

Allende’s deftness as a novelist continues to be inimitable in The Japanese Lover. Irina may well be talking about the novelist when she praises Alma’s storytelling prowess:

“These images and experiences were so precise it was as if she herself had existed in those times and had accompanied Alma every step of the way. She found it marvelous that it took only the evocative power of words or a photograph for them to become real, and for her to make them her own.”

Her lyrical use of language, kept intact in Nick Caistor and Amanda Hopkinson’s translation, alone makes this melancholy novel a treat to read. In describing Irina, she tells us that “physical suffering had freed her from the inevitable bonds of personality and had polished her spirit like a diamond.” Her evocative metaphors litter the text: Alma is “an immortal salamander”; when we first meet Nathaniel he “was edging into puberty with the gawkishness of a heron”; and Irina’s haunting memories seemed, at the end of the novel, “like bleak carcasses fed on by anonymous scavengers without identity or soul, now powerless.” A master at evoking the way the past is ever-present, Allende has created a beautiful novel about the palliative power of remembrance.

Isabel Allende’s The Japanese Lover is now available from Atria Books; to purchase it, click here.