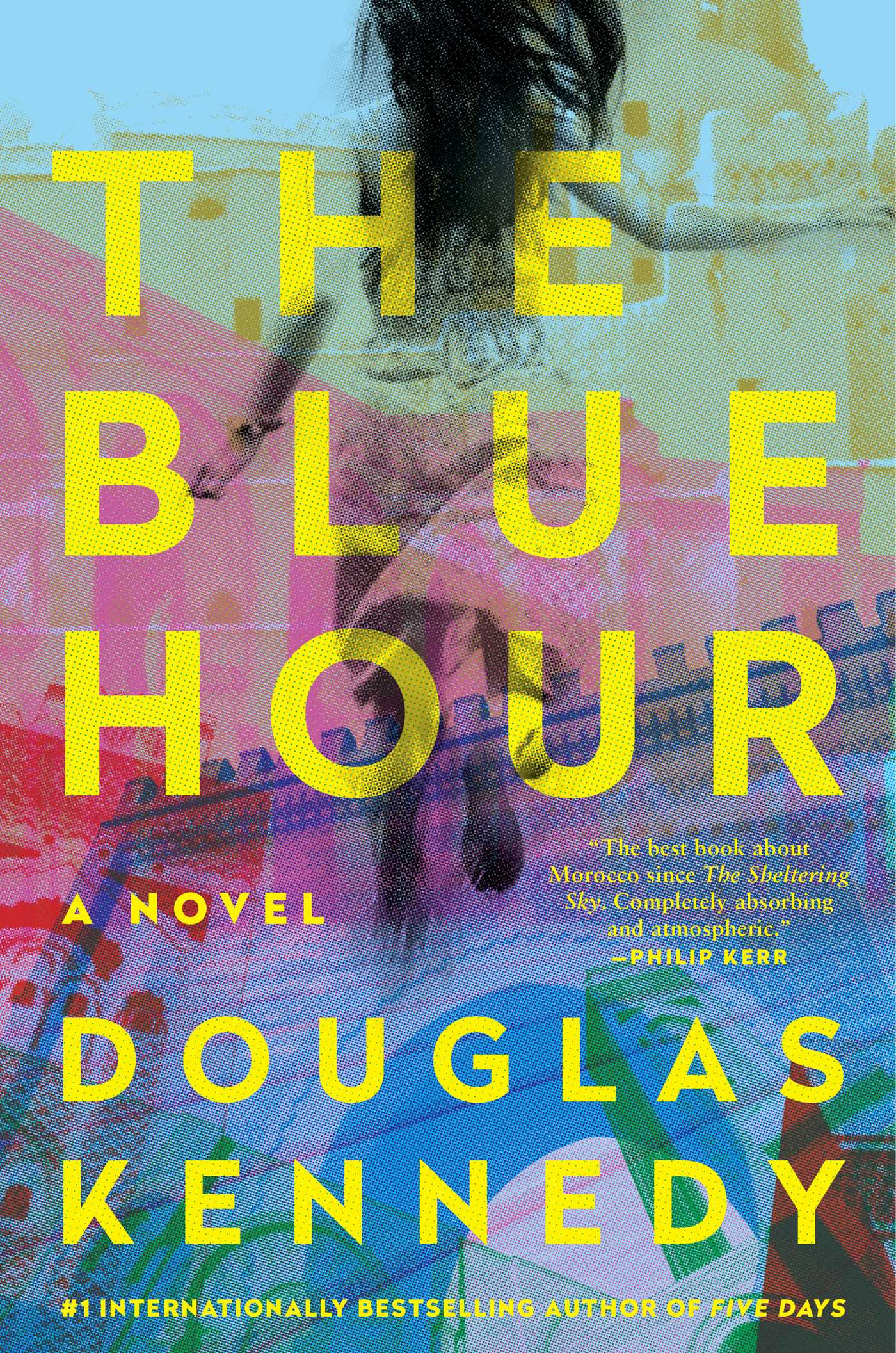 The original U.K. title of The Blue Hour is The Heat of Betrayal, which is a more apt description of the novel’s events. The Blue Hour may home in on the Morocco-set story’s air of mystery (“the hour at daybreak or dusk when nothing is as it seems; when we are caught between the perceived and the imagined”), but it implies a more metaphoric meditation on the liminal spaces at the periphery of author Douglas Kennedy’s twisty story about, yes, the burning fires of betrayal.

Kennedy begins with a schematic sketching of a married couple’s life. Robin is an accountant who prides herself on being cautious and organized. Her husband, Paul, is an artist who revels in his own impulsive drives. They’re on their way to Morocco, where Paul is to work on new lithographs and Robin plans to relax and work on her French. Maybe, too, the wild sex they plan to have will finally bring them a child. But their expectations of an idyllic summer stay in the picturesque North African country soon turns sour when Robin finds out something about Paul that upends everything she’s known about him.

This plot of marital discord is just a preamble. The Blue Hour switches tonal gears quickly and, following a fight between Robin and Paul, it reveals itself as a heart-pounding thriller. First Robin is accused of murder and goes on the run, and then she’s left for dead after a sexual assault in the indifferent, abrasive nowhere of the Sahara. The rest of the narrative focuses on Robin’s physical and psychological recovery, though this is one of those familiar survivor’s stories that’s more fixated on the engine of its plot contrivances than it is in thoughtfully grappling with issues of sexual violence.

The breeziness of the novel’s plot has the effect of keeping readers from pausing too long on its suspect cultural politics, as evinced by such stilted and self-aware dialogue like “We all have our prejudices—even when we tell ourselves that we are not prejudiced.” Throughout, the author’s prejudices are never less than apparent: the story’s villain is a grotesque gay caricature (“the man loved creating a sense of drama before making a statement”), sexual assault is used as a plot maneuver to both punish and redeem Robin, and Morocco—which constantly makes the heroine’s vision “foggy,” “blurry,” “hazy,” as if it never could quite come into focus for narrator and character alike—remains a colonialist playland, a place far removed from everyday experience. Morocco exists here only as a place for the characters to escape, perhaps having learnt something about themselves, but little about the people whose lives and culture have shaped their sojourn.

Though Kennedy lovingly details the story’s landscapes, Moroccans are painted in broad strokes, with a level of condescension that becomes irritating. More condescending perhaps is that Kennedy’s most sympathetic portrait is of Moroccans seemingly untouched by the culture they inhabit, pariahs and exiles whose remove from the dirtied world that terrorizes our protagonist ostensibly makes them all the more laudable.

But nothing is as exasperatingly, or lazily, depicted as the subject of money. For the centrality that currency plays in the novel (the “fault line along which we pirouette,” according to Robin), it’s as if its heroine, ostensibly a great accountant, doesn’t have a real-world relationship to bank notes and credit cards. She’s initially frugal and canny with her finances, but by the end she’s tossing money around with a nonchalance that suggests she’s playing a game of Monopoly that she knows she’ll eventually win.

The Blue Hour is a potboiler that tries to unsuccessfully marry a probing psychological character study of a well-off American couple with a gritty and colorful international revenge plot. At the end of the day, it says very little about its characters, its chosen locale, or its own thematic concerns. This is summed up by the banality that closes the novel, the realization that as Robin learns, “the impediment we all have in life is our own very self.”

Douglas Kennedy’s The Blue Hour is available February 16 from Atria Books; to purchase it, click here.