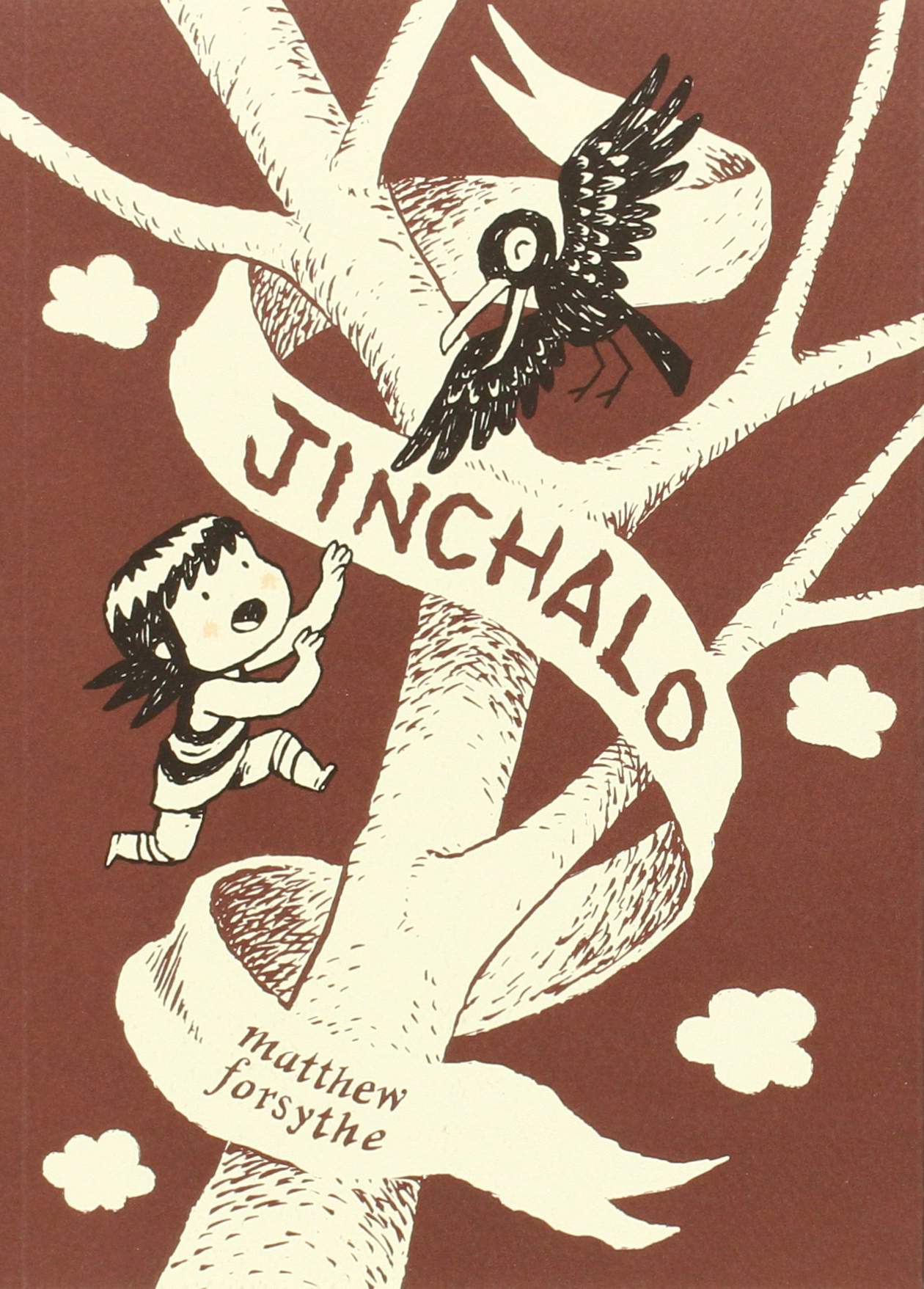 Two new comics, Matthew Forsythe’s Jinchalo and Tom Gauld’s Goliath, have come out from Drawn and Quarterly, both of which reinterpret ancient myths using a storytelling style that’s cute and simple and not all that interesting.

Jinchalo is a homage to Korean cartooning and folklore (just which old Korean tales is never made clear). Its colors are monochromatic and its characters are mute (not unlike the early-20th-century woodblock comics by guys like Frans Masereel or Lynd Ward). The substance of Jinchalo is that a little girl named Voguchi goes on a dreamy and playful and harmless adventure.

She cooks breakfast. She walks to the market to buy groceries. She wanders through a meadow and lies down to take a nap. Along the way she interacts with a Mos Eisley-like assortment of creatures, including a big, sad-looking furry thing, a sedge hat-wearing robot, a trio of skulls that scurry away from a headless ghoul, an oversized hummingbird whose presence turns Voguchi from a short, skinny schoolgirl into a visor-wearing, large-breasted, and middle-aged woman.

The kind of surrealism Jinchalo uses to fill its pages feels like facile free-association, like a visually clever way to avoid having to tell a legitimate story. Some of the book’s images look cool, such as a little man hatching out of a big egg, or Voguchi stumbling upon a factory in the clouds where people are hustling around preparing sushi rolls the size of truck tires. But none of this stuff feels meaningful in the way that shape-shifting dream imagery often does—the way all the conflicted, mixed-up, weird processes going on inside you synthesize into an uncanny, chimeric form.

Jinchalo would surely make a nice gift; it’s tiny and brief and doesn’t have any words in it, and it resembles at a glance a Hayao Miyazaki movie in comic form. Unfortunately, the difference between Jinchalo and films such as My Neighbor Totoro, Spirited Away, even Howl’s Moving Castle, is the one between a stuffed animal that just sits on a shelf doing nothing and a real live house pet that can emit noises and odors and genuine affection.

Moving West toward Israel, Tom Gauld’s Goliath is a rewriting of the old David vs. Goliath story from the Old Testament. In Gauld’s version, Goliath is a lanky, unlucky Philistine who’s forced to present himself to the armies of Israel by a scheming and shorter-statured countryman. He isn’t the hostile pituitary case as described in the Bible, but instead just a very tall man who’s docile and confused.

Whereas Jinchalo is a mute comic, with no real language to speak of, Goliath is more like a muted comic, with a lot of short phrases and sad pauses and silent scenes of wistful waiting. Goliath is also monochromatic, and its sepia-tinged images create a nice rhythm of day and night, of sitting around, of passing the time, all while the readers wait with dramatic irony for the rock to fly and the head to be chopped off.

This kind of bibilical revisionism could probably offend the literalists out there—as this version of the story turns David’s fearsome enemy into a pitiable straw man, and as such undermines the proof of David’s claim of being Israel’s king. Robert Crumb, the king of the underground cartoonists, avoided such exegetical headaches in The Book of Genesis Illustrated by keeping as close to the original written text as possible and instead only using his illustrations to re-imagine the story.

Goliath doesn’t offend, but it doesn’t care about its characters. We never learn much about the Philistine who betrays Goliath and forces him into battle, nor do we get much insight into the tall man himself, who has the sort of sheepish and soft-spoken personality common to so many of the heroes in alternative comics. Like Jinchalo, it looks very nice, but it’s also only a delicate snack, and not the kind of hearty literary meal for which the mind of this reviewer rumbles. 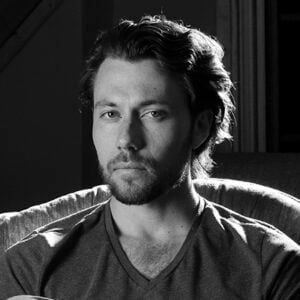 Tim Peters is a writer and graphic designer. His work has appeared in the Los Angeles Review of Books, The Rumpus, Guernica, Harper’s, and more.

A Revealing Letdown: Why It’s Kicking Off Everywhere: The New Global Revolutions