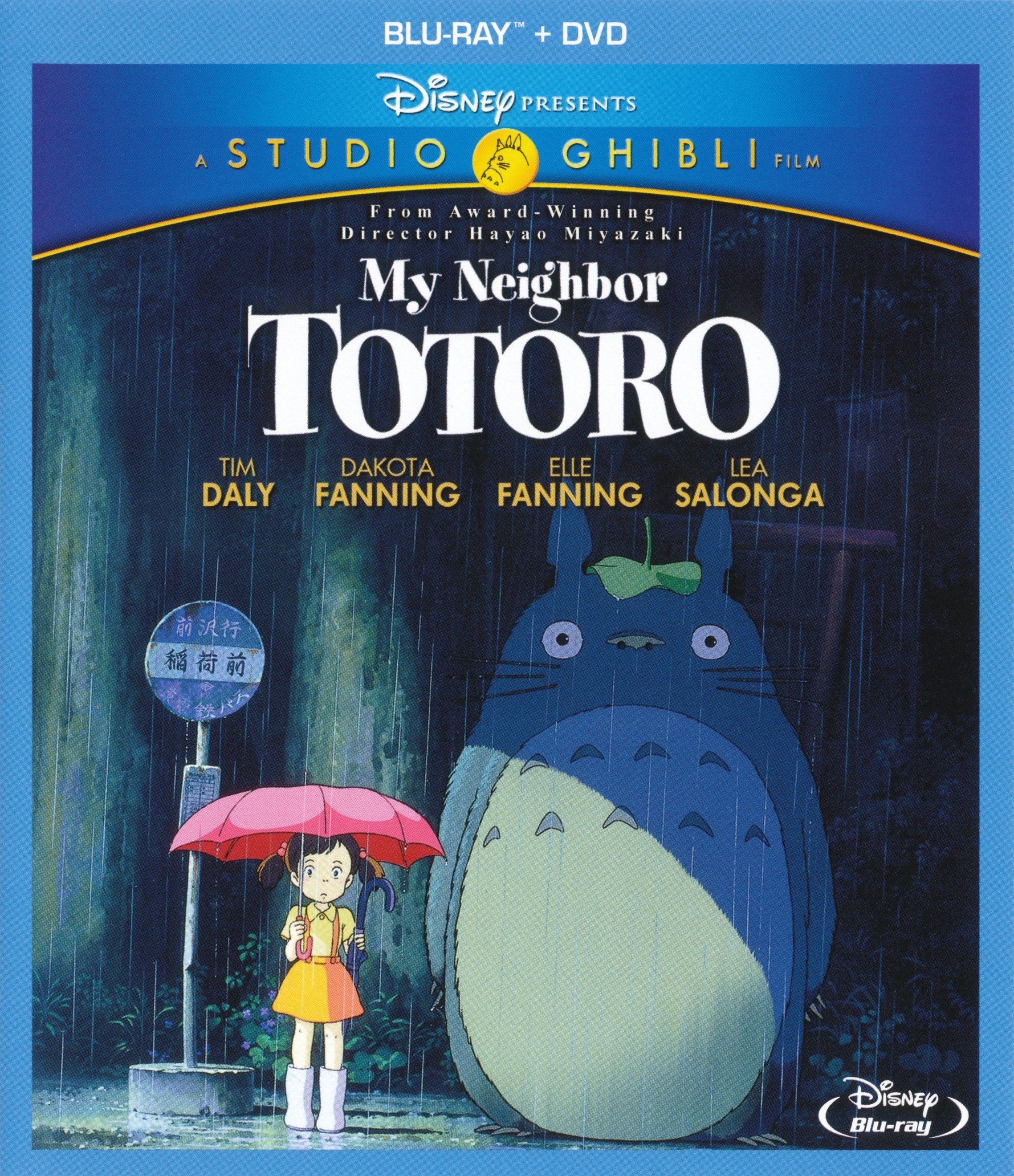 Considering his fondness of ominous folklore and post-apocalyptic fantasia cloaked as allegorical fable, it’s interesting to note that perhaps Hayao Miyazaki’s most beloved work remains his simplest, least provocative creation. My Neighbor Totoro, the Japanese animator’s heartwarming 1988 ode to innocence, resolve, and familial harmony, features none of the metaphorical or grandiose trappings of Miyazaki’s more outwardly visionary work. The film is instead an intimate tale of sibling bonds, parental affection, and fantastical friendships, featuring characters with common, everyday concerns and imaginations as wide open as the landscapes they inhabit. Its unassuming demeanor belies a thematic foundation built on a faith in humanity rare in contemporary cinema, the naïveté of the youths it depicts yielding a certain perseverance in young and old alike. Chances are, if it wasn’t so modest, it wouldn’t project such an endearing grace, let alone have fostered such an enduring legacy.

From the simplest of setups, Miyazaki creates a world in My Neighbor Totoro unique in the annuls of animated cinema. After a few films (The Castle of Cagliostro, Nausicaä of the Valley of the Wind, Castle in the Sky) indebted to both science fiction and serial-extravaganza genres, Miyazaki utilized his next project as a sort of spiritual reconciliation with his homeland. Miyazaki’s first film to be set not only in his native Japan, but also in a contemporary milieu, My Neighbor Totoro is a vision at once authentic and romanticized, a hand-drawn recreation of a locale both exotic and comforting. Miyazaki’s Japan is one of both lily ponds and evergreen forests, fertile farmland and rolling hills, self-sustained villages and antiquated convenience. It’s what one imagines of Japan in idealized form, with nary a hint of the unrest that has stimulated both advancement and conflict throughout history as well as Miyazaki’s greater oeuvre.

When sisters Satsuki and Mei move with their father to the country to be closer to their mother, who’s recovering from a serious, unspecified illness at a nearby hospital, their adolescent curiosity sets them off, exploring their new home, where they first uncover scampering dust bunnies burrowing in crevices before discovering something even more curious: two small, round, rabbit-like creatures who entice the four-year-old Mei to follow them as they hop back toward the woods. What she encounters is one of Miyazaki’s most indelible creations, a massive, furry, full-grown likeness of the two miniature spirits that lead her astray. Naming him Totoro, as he roars an approximation of like syllables, Mei quickly befriends the benign beast, resting atop his large belly and failing to return home for the evening. Once reconvened, Mei and Satsuki attempt to again conjure the Totoro and convince their father of its existence. We soon find out that only the girls can see these creatures—a fantasy of children and their imagination perhaps, but more intriguingly seen as subconscious manifestation affording these girls the willpower to emotionally survive their family tribulations while maturing into brave, inquisitive youths.

More interesting than the narrative’s wise consideration of budding youth is its structure, which outlines its drama straightaway and then proceeds to consider that drama not in sensational strokes, but simply as accumulated factors in these characters’ daily lives. Appropriately, the film doesn’t climax in a traditional sense, but more realistically crests as Mei goes searching for the hospital where her mother is resting, leaving Satsuki to search for her missing sister with the help of Totoro and a flying catbus, which will later help unite the family in quietly unacknowledged fashion. It’s a beautiful conceit for idealized existence, though not, at first blush, one particularly functional for a film that presumably hopes to entertain a large audience. Yet it’s this very confidence—this faith that Miyazaki has in his audience—that storytelling this pure and innocent, this honest and disarming, can provoke similarly lasting memories, that has solidified My Neighbor Totoro’s status as a classic of the medium. It’s a film that proves time and again that life itself is the grandest, most galvanizing of all dramas.

Disney’s new Blu-ray of My Neighbor Totoro is essentially a 1080p upgrade of their original DVD from 2010. This yields the predicable gains in picture and audio quality expected of an animated feature moving to high definition. Colors are sharper, contrast is more consistent, and the picture is devoid of any of the source’s filmic flaws. Hayao Miyazaki’s expert use of pastels and contrasting shadows is well represented, the former bright and rich, the latter layered and textured. Sound, meanwhile, gets a DTS-HD bump, with the original Japanese, as well as English and French dubs, all sounding robust in new two channel mixes, with dialogue way out front and easily decipherable (subtitles are offered in all three languages, allowing one to chose easily between the film’s original track and the dubs).

The paltry supplements are all ported over from the original DVD. There are many self-explanatory mini documentaries (“Creating My Neighbor Totoro,” “Creating the Characters,” “Creating Ghibli,” and “Scoring Miyazaki”), but with each running between two-to-four minutes, even strung together they would leave something to be desired. Better is the 20-minute “Locations of Totoro,” which features actual footage of Japanese locales that inspired Miyazaki, some almost identical to their final, animated incarnations. Rounding out the package is another short behind-the-scenes look at the voiceover work done for the English dub, featuring Dakota and Elle Fanning, an original trailer, a full-length animation of the film’s storyboards (which can play beneath the audio mix of your choosing), and a second disc featuring the film on DVD.

Devoid of the folklore and much of the fantasia of his more outwardly visionary work, My Neighbor Totoro nevertheless endures as Hayao Miyazaki’s most beloved work.

Review: Jafar Panahi’s This Is Not a Film on Palisades Tartan DVD