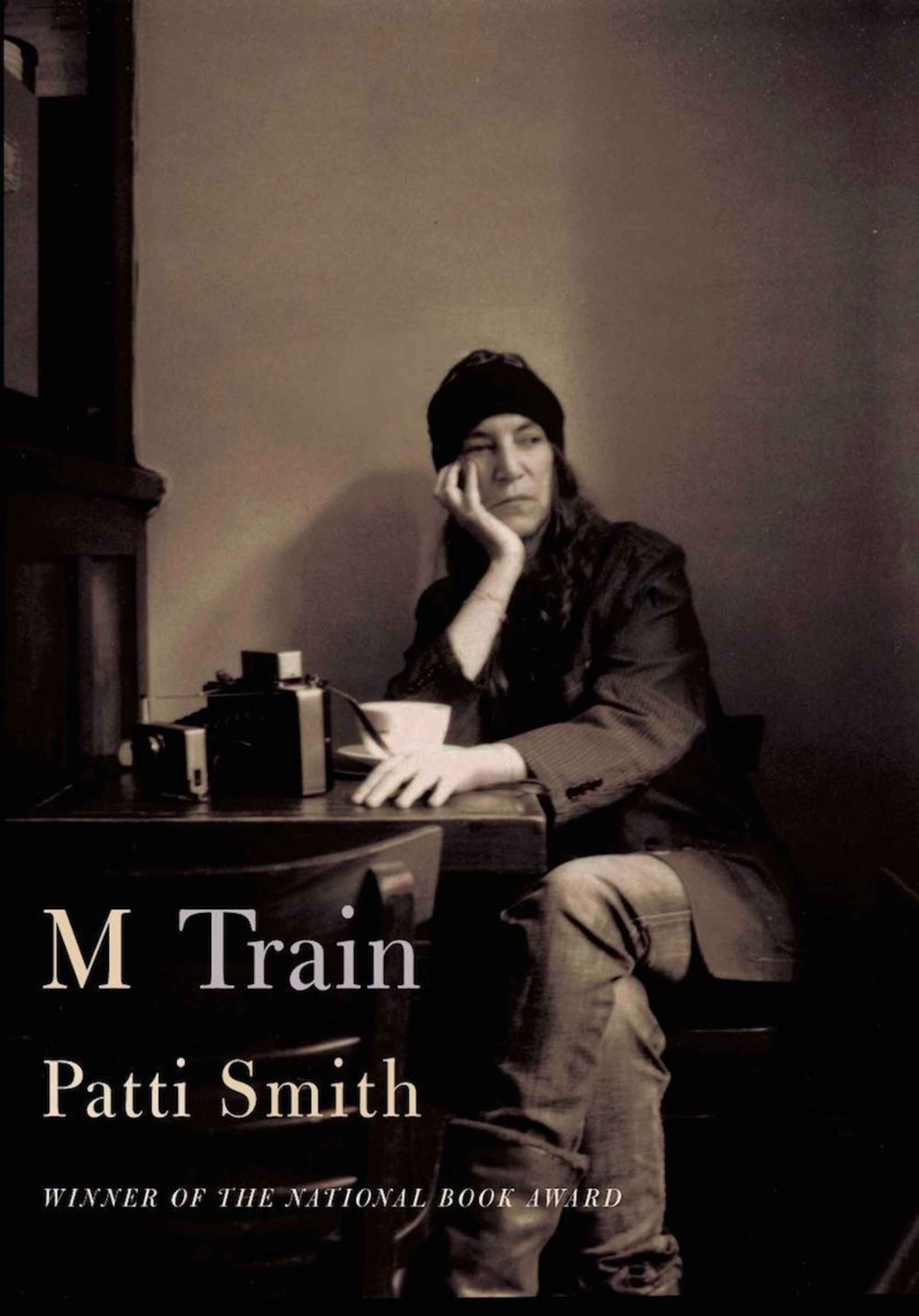 “It’s not so easy writing about nothing.” The central mantra of Patti Smith’s M Train is emblematic of the epigrammatic style that runs through her follow-up to 2010’s Just Kids. But while that earlier autobiographical text still had the thrust of narrative, centering as it did on Smith’s friendship with photographer Robert Mapplethorpe, M Train is more content to offer up Smith’s “world on a platter filled with allusions.”

And they’re allusions that know no generic bounds, as Smith’s prose moves seamlessly from the literary (Bowles, Wordsworth, Lolita) to the cinematic (Pasolini, Ran, Kate Hepburn), from the musical (Mendehlson, Puccini) to, perhaps most surprisingly, the televisual. Because one of the many joys of reading M Train is learning about Smith’s obsession with detective serials: She waxes here on the joys of The Killing (she had a cameo as a doctor on the U.S. incarnation), Luther, Law & Order, Detective Frost, Whitechapel, and others. That fascination ripples through M Train, whose inclusion of Polaroids of everyday objects at times feels like a series of endless clues that would no doubt help us unlock Smith’s own train of thought were it not so much more entertaining following it aimlessly instead.

Smith’s dreamlike tome feels like having unfettered access to the punk poet laureate’s innermost workings. As she grapples with how to write about nothing, we’re invited to follow along on her daily routine, which includes coffee at her favorite local coffee shop, working on a poem inspired and dedicated to Roberto Bolaño, and otherwise grappling with the abyss that’s the blank page, the vacant room, the empty cup.

Smith’s prose carries us from the West Village, where she enjoys writing at her favorite local café, to Rockaway Beach, Queens, where she impulsively buys a bungalow she imagines will become her newest nest, to Detroit, where she spent the early years of her marriage before the loss of her husband, and to an array of foreign cities where she wanders from hotel room to hotel room, hoping she can turn her scattered notes and sketches and Polaroids into something her reader will cherish.

But above all, M Train is a meditation on the pain of writing and the pleasures of reading. Books, what she calls “portals of the world,” are at the heart of Smith’s text. She loses herself in Murakami’s The Wind Up Bird Chronicle and Ibsen’s The Master Builder, and rejoices in the amount of time she spent with Bolaño’s 2666. If one were to collate all the works she references, one would no doubt end up with a library’s worth of reading material. Books nourish her, inspiring and making her despair at the same time. She puts it best when discussing After Nature by W.G. Sebald:

“At one time the three lengthy poems in this slim volume had such a profound effect on me that I could hardly bear to read them. Scarcely would I enter their world before I’d be transported to a myriad of other worlds. Evidences of such transports are crammed onto the endpapers as well as a declaration I once had the hubris to scrawl in a margin—I may not know what it is in your mind, but I know how your mind works.”

Any reader of M Train may be tempted to scribble the same in any of Smith’s 253 pages. Smith, of course, litters the text with copious examples of what exactly runs through her mind, and the various excerpts of stories and dreams she’s put to paper beckon her readers to relish this opportunity to live in and through her stream of consciousness. Every page feels like another invitation to another world, another portal being opened, another rabbit hole to be dug, to be followed, to be lost in.

But, of course, time and time again, whether revisiting her bungalow following Superstorm Sandy, or reminiscing about time spent with her kids, Smith reminds us that these moments of transport need not be ways of escape. These may be “portals,” but they are of the world, not out of it. Thus, her visceral connections with her scribbled-on books with frayed pages, stained with coffee and olive oil become tendrils that connect her to writers past and present. And this is what motivates the various trips—pilgrimages, even—chronicled in M Train: to Frida Kahlo’s Casa Azul, Genet’s grave in Tangiers, Plath’s grave in “Brontë country,” and Mishima’s in Japan.

If the whiff of death throughout is undeniable, it’s a testament to Smith’s talent that it never feels morbid, her own sentences bringing to life those authors and loved ones she’s lost but carries within her. Unsurprisingly, Smith sums up M Train better than anyone else probably could: “I’m going to remember everything and then I’m going to write it all down. An aria to a coat. A requiem for a cafe.”

Of Light and Darkness: Brian R. Jacobson’s Studios Before the System