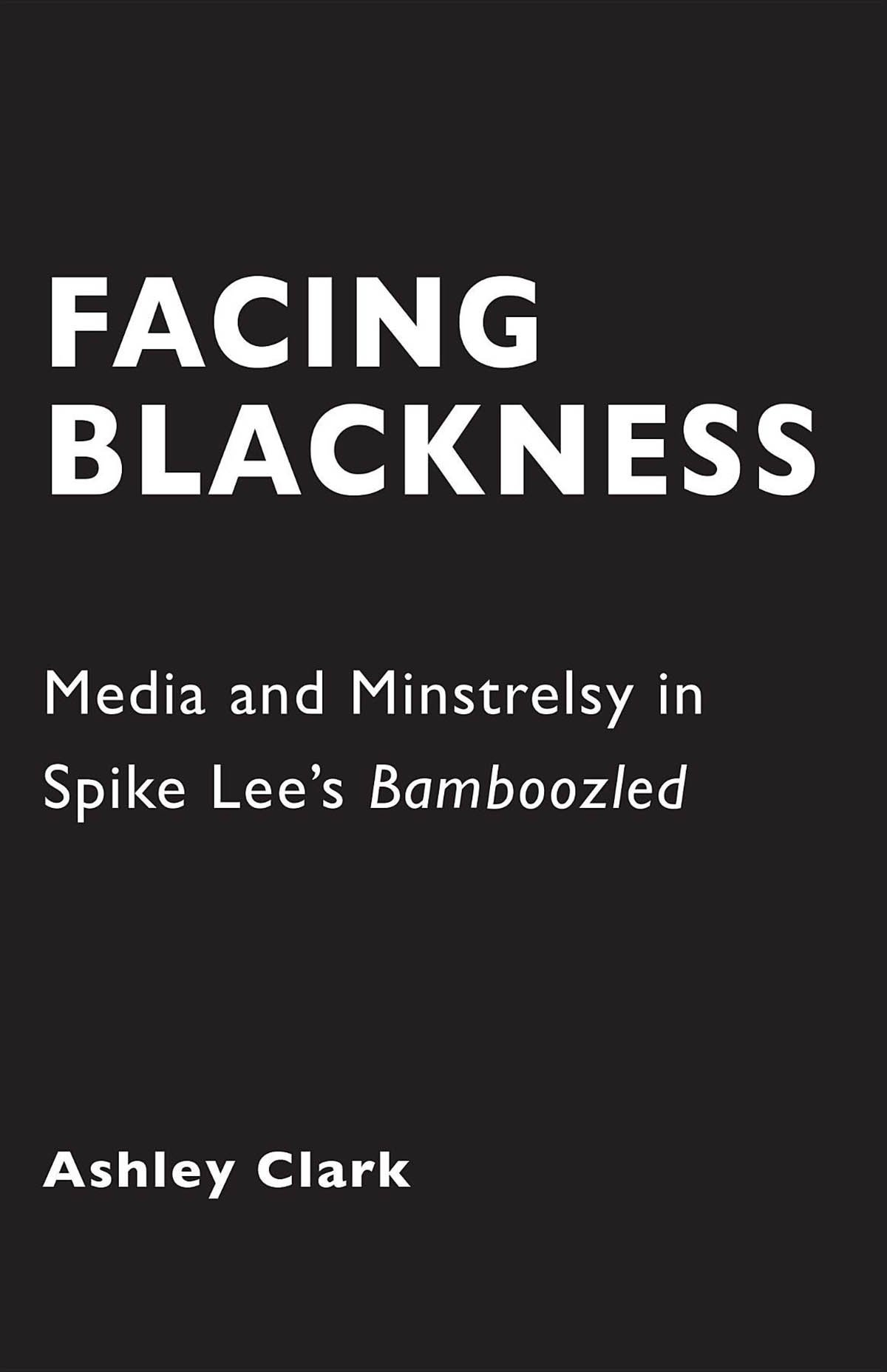 Spike Lee’s filmography is littered with films maudits, but perhaps none of his works have been as disrespected, shrugged off, and unjustly neglected as Bamboozled, a ferocious, free-range satire of race, media, and misrepresentation that landed with a thud of confusion and indifference upon its release in the fall of 2000. The film is currently out of print on DVD, has never received a Blu-ray release, and is unavailable to stream on any VOD platform. But in Facing Blackness: Media and Minstrelsy in Spike Lee’s Bamboozled, a brief but perspicacious monograph on Lee’s most incendiary “joint,” author Ashley Clark reclaims the reputation of Bamboozled as “a vital work that’s equal parts crystal ball and cannonball: glittering and prophetic, heavy and dangerous.”

Lee’s Network-derived satire tells of Pierre Delacroix (Damon Wayans), a buppie TV executive who, in an attempt to torpedo his own career, creates a sure-fire flop: Mantan: The New Millennium Minstrel Show, a “coon show” featuring black performers in blackface shucking and jiving on a watermelon plantation. The show, naturally, is a huge hit. Despite protests from the black elite, white and black audiences alike delight in the show’s retrograde racial stereotyping, as well as in the genuine talent of its lead performers, Mantan (Savion Glover) and Sleep n’ Eat (Tommy Davidson).

Lee’s satirical resurrection of blackface, which seemed unnecessary and out of date to many contemporary critics—the New Yorker’s Anthony Lane contended that “enough has changed for audiences to know that blackface is ugly and unfunny”—seems more prescient all the time. For Clark, the popularity of shows like Flavor of Love, The Real Housewives of Atlanta, and Empire (which Clark dubs “a wildly entertaining but exceedingly dubious carnival of black pathologies”) has only proved Lee’s point.

White liberal critics seemed perturbed that Lee largely avoided the easy targets—like wealthy media executives—instead attacking respectability politics, via the character of Delacroix, and white liberals themselves, via Dunwitty (Michael Rapaport), a Tarantino-esque figure who believes his engagement with black culture exonerates him from charges of racism. We like to imagine that America has “come so far,” but, as Clark shows, the radical core of Bamboozled is “its steadfast rejection of a soothing narrative of progress in American entertainment and wider society.”

Bamboozled is muddled at times and frequently lacking in self-criticism, something which Clark admits, but Lee’s aesthetic and satirical choices have been too easily dismissed as simply shoddy filmmaking. Throughout, Clark skillfully parses the film’s complexities, convincingly arguing in favor of some of Lee’s more puzzling choices. Thus, Wayans’s bizarrely mannered lead performance isn’t a “labored caricature” (as Stephen Holden of the New York Times described it), but rather “successfully conveys the sense that Delacroix has become so engaged in his heightened, highwire act of identity that he no longer knows, deep down, who he is, or ever really was.”

Similarly, Bamboozled’s muddy digital look—a frequent sticking point for viewers—provides an ironic contrast to the clarity of the New Millennium Minstrel Show segments. Filmed in bright, color-saturated Super 16mm, the minstrel show itself provide an almost soothing counterpoint to the murky DV of the rest of the movie, just as the stereotypes of minstrelsy offer an easily comprehensible understanding of race that the real world, with all its complexities, forbids.

Clark doesn’t attempt to distill Bamboozled into a single meaning (an impossible task) or to run it through a theoretical ringer; his critical approach is as multi-faceted as the movie itself, relying on visual analysis, extratextual anecdotes, historical context, and much else. Clark’s book primarily approaches the film piece by piece, rather than as a cohesive whole, and while there’s scarcely an element of the work he fails to address, his broader judgments (such as his claim that “Bamboozled is, in many ways, a horror film”) sometimes feel unsubstantiated and incomplete, analytical sketches that have yet to be shaded in.

After reading the book, the film remains a challenge: narratively, stylistically, temperamentally. But if Bamboozled ever stops posing a challenge, it will have ceased to be relevant. The value of Facing Blackness isn’t that Clark renders the film less challenging, but that he has thought through its implications in ways few, if any, have yet attempted. In so doing, he has shown that to understand Lee’s art, one has to deal with Bamboozled. It is, as Clark puts it, “the central work in Lee’s canon—the house on fire to which all roads lead.” Facing Blackness doesn’t extinguish the fire, but rather maps the roads.

Ashley Clark’s Facing Blackness: Media and Minstrelsy in Spike Lee’s Bamboozled is now available from the Critical Press; to purchase it, click here.