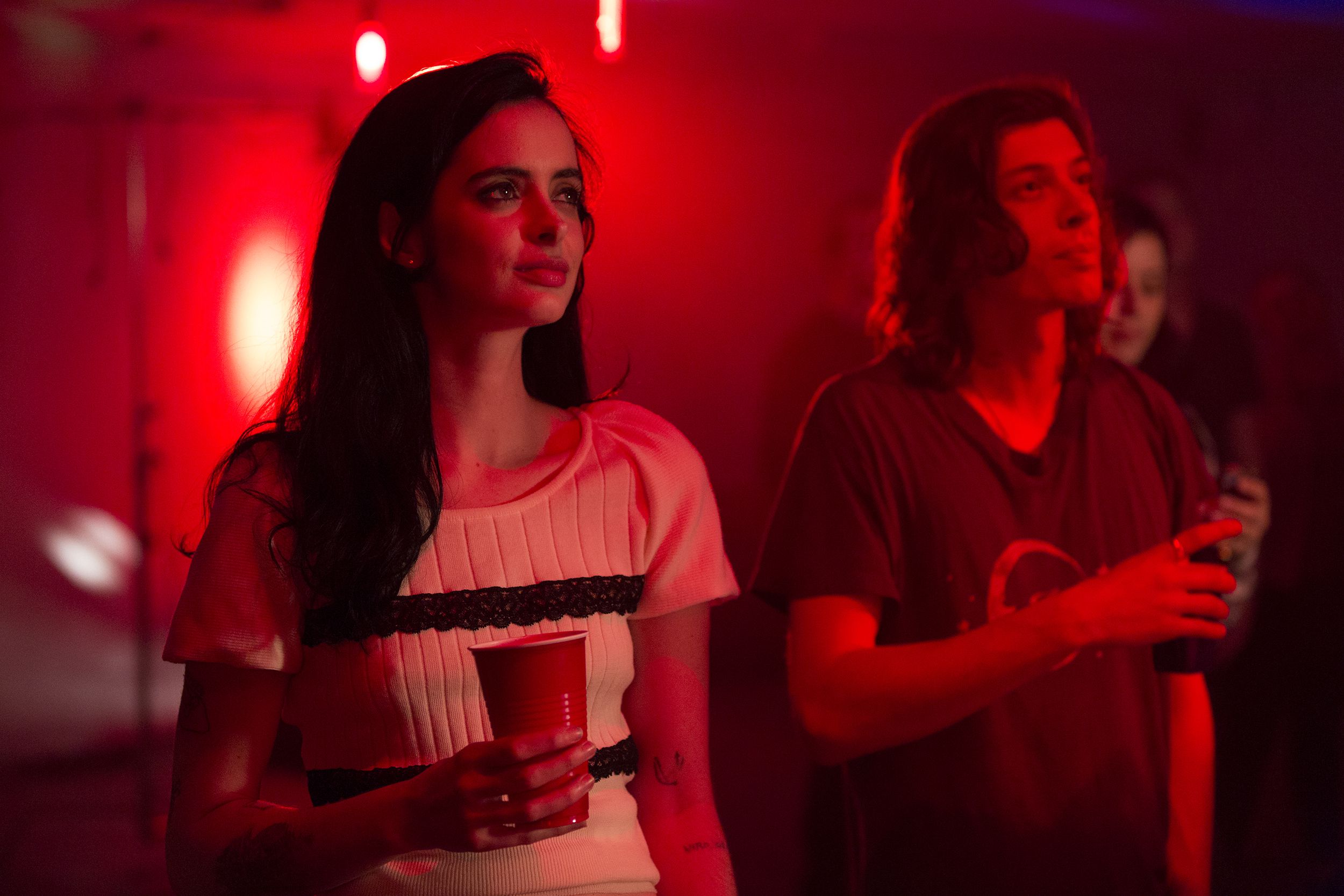 Jake Hoffman’s Asthma is another film about a youthful obsession with the past, about a young man’s suspicion that he missed out on the best that American culture had to offer. At the start of the film, twentysomething Gus (Benedict Samuel) rues the gentrification of Times Square, proclaiming in voiceover that he missed the New York City of the 1970s and 1980s, as defined by CBGB, the Ramones, Mean Streets, Andy Warhol, and so on. Tellingly, Gus tosses his smartphone into the river, not only in reaction to his father calling, but because the phone represents the great generic unification of all of life into one perfectly efficient blob of mass-surveillance commercialism. Gus doesn’t tell us that last part, but we feel it nonetheless.

One logically assumes that Gus is a typically self-pitying trust-fund baby playing at being a fashionably dirty rebel loser, and that assumption proves true, but another early scene quickly changes the narrative’s stakes. Gus attempts to hang himself after painting his entire apartment in hues of ghost white, and Hoffman lingers on his near strangulation, emphasizing a close-up of the character’s convulsing feet as he gurgles out of the frame from above. It’s an astutely brutal moment, as Asthma needs this scene to steer it out of the realm of proffering smug, insulated faux-pathos. Gus is a poser, a dude in love with the romanticism of dying young as a tortured artist who can’t be bothered to create the art said romance requires, but his pain is real.

Asthma’s sporadic intensity springs from Hoffman’s implicative complicity with Gus. The director and his character may or may not have similar life experiences, but it’s evident that both feel pangs of nostalgia for a culture they can only imagine secondhand. The film, right down to its title, feels like a riff on the exhilarating sense of aesthetic freedom that powered Jean-Luc Godard’s Breathless, which was also partially about nostalgia for art of the past. Jean-Paul Belmondo’s character wanted to be Humphrey Bogart, Gus wants to be a mixture of Mick Jagger, Jim Morrison, and Iggy Pop, the last of whom appropriately appears in an evocatively surreal prison interlude, serving, perhaps, as a sort of ironically dangerous guardian angel figure. Who does Hoffman want to be? Based on this feature, a mixture of Godard, J.D. Salinger, and maybe Jim Jarmusch and the Bob Rafelson of Five Easy Pieces.

Like Belmondo’s naïve antihero, Gus commits a crime and goes on the lam with a beautiful woman. That woman, Ruby, is played by Krysten Ritter, who’s gorgeous in that somewhat socially estranged manner that will likely doom her to “saving” cinematic fuck-ups for at least the next decade of her career. Hoffman’s aware of the clichés inherent in this scenario, and he chafes at them—to an extent. Ruby is allowed to have pain as well, and she’s easily the most graceful character here, despite her essential, ultimate existence as the classic straight male fantasy of the perfect fusion of Madonna and whore.

Asthma displays a sense of willy-nilly arbitrariness that’s initially thorny and amusing, and Hoffman has an eye for imagery that modernizes vintage “pin-up” iconography with a grainy texture of talky lo-fi realism. This contrast, between heightened macho pulp and an acknowledgement of the hero’s general ineptitude, serves as the wellspring for dry comedy. (Hoffman also clearly has a thing for the writings of William S. Burroughs and Charles Bukowski.) The best moments bridge these tones with sure-handed finesse, particularly an erotic love scene between Gus and Ruby that merges Gus’s fantasy of Ruby with a poignant awareness of her vulnerability. The mood is heightened by the sexy cinematography, which emits a memorable noir heat.

For a while, one feels as if this film could go anywhere, and there are terrific little touches throughout that subtly indicate Gus’s growing affection for Ruby, such as his fantasy of one of her tattoos, which becomes a character and talks to him. One has to admire whatever muse led to Hoffman creating an imaginary werewolf that’s voiced by Nick Nolte. But the filmmaker runs out of ideas, and Asthma inevitably becomes another film about a man airing out his traumas and hitting all the requisite marks on his path to healing. Hoffman covers these beats elegantly, but they nevertheless hem in a tale that seemed to be on the verge of staking out its own terrain.