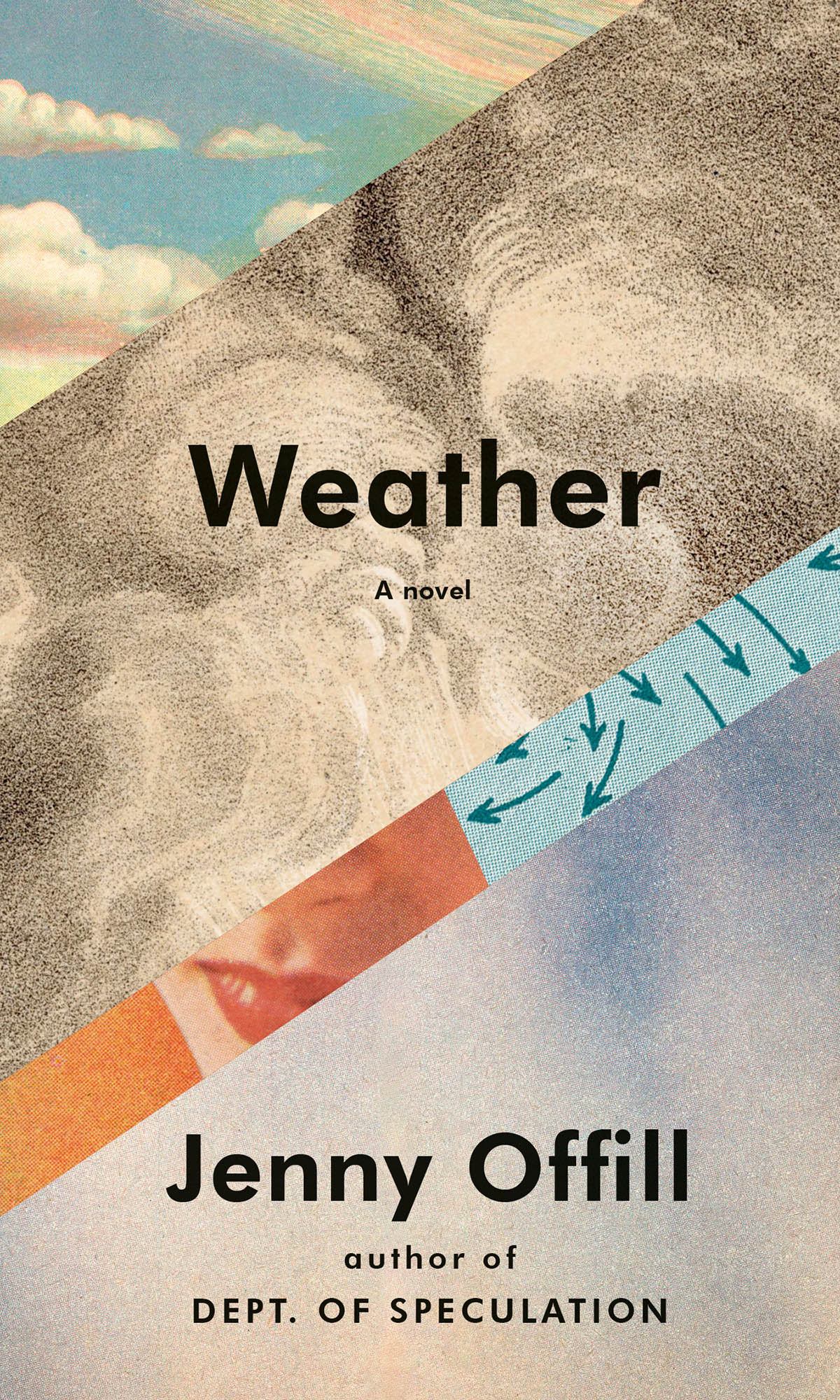 It was an unusually warm February night and the room at the Brooklyn-based Books Are Magic was filled from front to back, our collective body heat radiating across the space to the point of discomfort. We were all listening to author Jenny Offill as she answered questions about her newest novel, Weather. “I’m usually so bored reading about climate change,” she said, “I thought this book could be a useful thing.” As many authors try to capture the period we live in, the anxieties we face within ourselves and as a larger whole—by, say, referencing such hot-button issues as climate change and economic disparity—Offill places herself within the conversation without being overbearing, without shouting too loudly.

Weather focuses on Lizzie, a librarian, a mother, a wife, a sister, and a daughter. She carries the cargo of all of those identities, and it’s immediately apparent that she’s addicted to responsibility, to being relied on without realizing it’s a flaw: “‘I wish you were a real shrink,’ my husband says. ‘Then we’d be rich.’” She has a brother recovering from addiction who can’t stay off her couch, a fiscally irresponsible mother, and a son who’s capable of breaking her heart. “Are you sure you’re my mother?” he asks at one point, “Sometimes you don’t seem like a good enough person.” Then there’s her husband, who’s steadily becoming fed-up, or worse, disinterested in where Lizzie seems to be focusing her energy. Not to mention the awkward encounters with her next-door neighbor. And the driver she won’t stop paying in fear she’s his very last costumer. Lizzie is consumed by problems ranging from the end of the world to the drug dealer who lives in her apartment building.

Offill establishes the motif of time from very early on in the novel:

“I tell him that old joke about going backwards.
We don’t serve time travelers here.
A time traveler walks into the bar.”

This captures the feeling you may get when reading Offill’s novels, including Weather. “Look here,” she seems to say with her words, holding our childlike palms, dragging us from one site to the next. Offill replicates a similar form here as in her 2014 novel Depart. Of Speculation, creating intimacy with her narrator through spontaneity, short-formed paragraphs, and skipping forward through linear time. Lizzie is the former grad student and mentee of Sylvia, a national expert on climate change and podcast host of “Hell or High Water.” It’s not long until Sylvia hires Lizzie to answer emails sent from fans of the podcast—doomsday preppers to social activists who both share a common interest in the collapse of society and the end of times. It’s the means by which Offill examines these two American identities, poking fun at both, illustrating where the two intersect on a Venn diagram.

“What does it mean to be in this Twilight stage,” Offill asked at Books Are Magic, “The stage where you know and you don’t know?” She’s a smart writer, of course. She knows subtlety, and knows how to create a tone that will make us laugh, pull at our heart strings, and, above all, genuinely surprise us. But most importantly, she knows how create a form which elucidates the way we perceive the everyday. It’s a perfect time in American life to have a writer like Offill, whose idea of a novel seems the most conducive to replicating our daily lives from the minor burdens, which can feel like Shakespearean tragedies, to our widely shared conflicts, those which are ignored and then ignored until they boil over.

In Weather, as the questions sent to her by fans of “Hell or High Water” become more and more esoteric, Lizzie feels the metaphorical tides slowly rising to her feet. She feels time running out but isn’t sure exactly what she will have to face. And in such moments, Offill offers generous insights to us readers: “My #1 fear is the acceleration of days. No such thing supposedly, but I swear I can feel it.” Can’t we all feel this too? At the reading she speaks of taking on more activism, playing a role instead of just standing idly by. She asks us all: How do we deal with a crisis when it isn’t presented as such?

Reconciling Memory: Peter Stamm’s The Sweet Indifference of the World