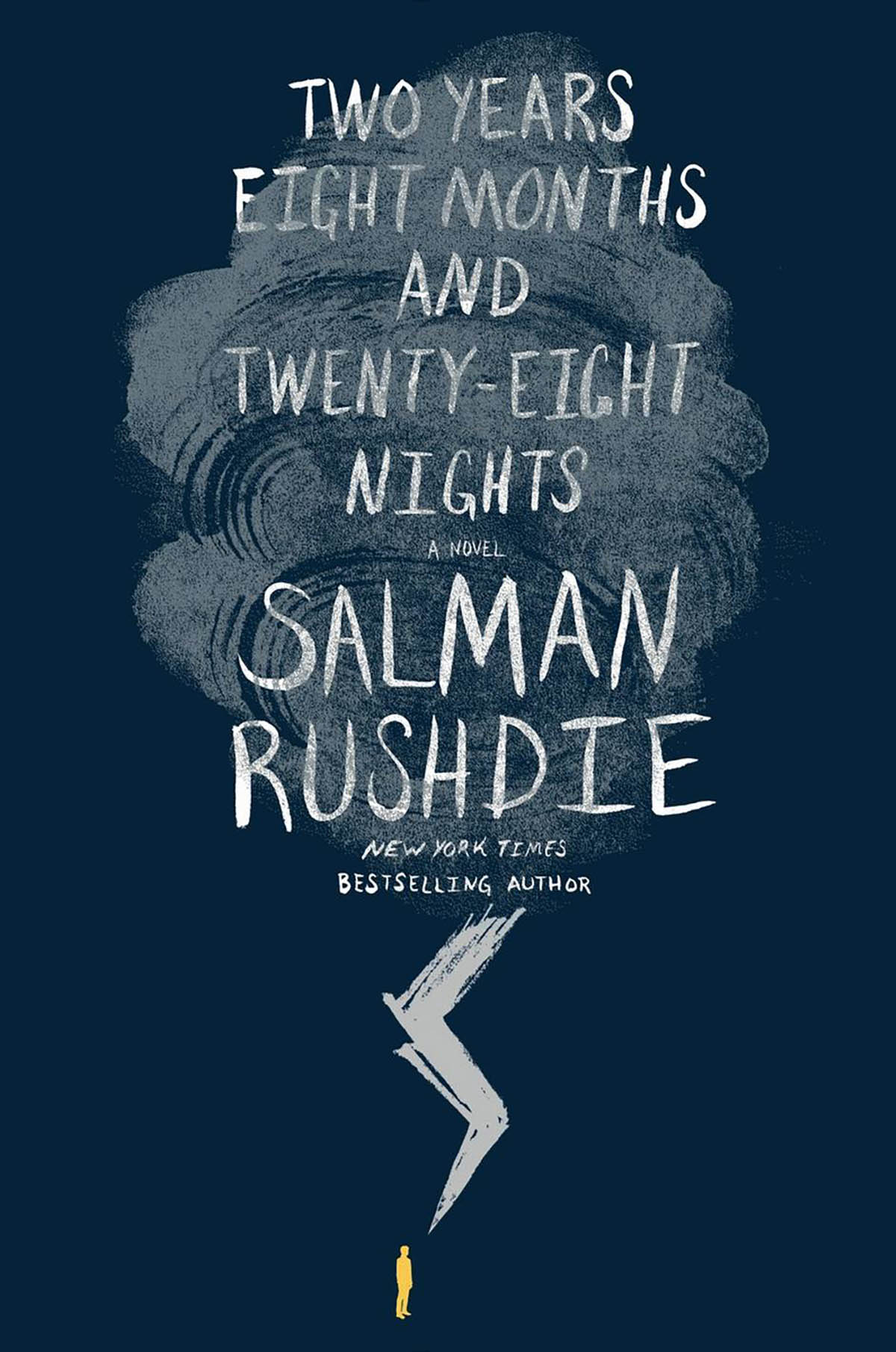 Two Years Eight Months and Twenty-Eight Nights wears its literary precursor proudly. Scheherazade and her endless string of stories are both the fabric of this tale and its yarn. Salman Rushdie doesn’t so much echo A Thousand and One Nights as he bellows its narrative influence in a sprawling novel that emerges as an ode to storytelling.

“To tell a story about the past is to tell a story about the present. To recount a fantasy, a story of the imaginary, is also a way of recounting a tale about the actual.” That the past and the present, the imaginary and the actual, blend seamlessly throughout Two Years will come as no surprise to longtime Rushdie fans. This is, after all, an author who’s effortlessly fused religious iconography, ancient mythology, national histories, and contemporary fiction.

The novel opens, for example, with a long meditation on those most fabled of beings, the jinn: “Very little is known, though much has been written, about the true nature of the jinn, the creatures of smokeless fire.” What follows is the story about those “creatures of smokeless fire” and their vexed relationship with us mere humans. Immersing us immediately into this world of myth and calling into question the scant information that has fed this very mythology, Rushdie places us in familiar territory (we all know about genies, especially from that most famous of Arabian Nights tales), but not before waving away any knowledge we may think we have. A mere couple of pages later, he sketches out the novel before us:

“This is the story of a jinnia, a great princess of the jinn known as Lighting Princess on account of her mastery of the thunderbolt, who loved a mortal man long ago, in the twelfth century, and of her return to the world, after a long absence, to fall in love again, at least for a moment, and then go to war. It is also the tale of many other jinn, male and female, flying and slithering, good, bad, and uninterested in morality; and of the time of crisis, the time-out-of-joint which we call the time of the strangenesses, which lasted for two years, eight months and twenty-eight nights, which is to say, one thousand and one night more.”

And yet, the first few chapters of Rushdie’s novel function more like loosely connected short stories, not unlike those found in the tale from which this novel takes its own name. In “The Children of Ibn Rushd,” we follow Dunia, the jinn princess, as she falls in love with Rushd (echoes of the author intended, of course). In “Mr. Geronimo,” we meet a New York City gardener who wakes up to find himself hovering above the Earth’s surface by a tiny fraction of an inch. In “The Incoherence of the Philosophers,” we’re introduced to Ibn’s sentient dust, who engages in philosophical quarrels with his longtime intellectual nemesis, Ghazali. And in “The Strangenesses,” we come to know Jimmy Kapoor, a young man who daydreams about writing comic books, and finds himself face to face with his own invention, Natraj Hero, who emerges from a wormhole in his bedroom in Queens.

These stories, of course, do collide into one another. Addressing everything from religious fundamentalism to climate change, Two Years maps out the ills of modernity onto those creatures of smokeless fire: “What was evil and monstrous about the jinn,” a character learns late in the novel, “was a mirror of the monstrous and evil part of human beings, that human nature too contained the same irrationality, wanton, willful, malevolent, and cruel, and that the battle against the jinn was a portrait of the battle within the human heart, which meant the jinn were somehow abstractions as well as realities.”

We’re told, in a pivotal moment, of a Chinese box that proves poisonous to all who hear its tales. Once a layer is peeled, a story begins, “released from its wafer-thin layer of cornered space: a murmur rising to become a mellifluous female voice, one of the many voices the Chinese box contained.” Rarely does a story reach an end before a new tale begins. It’s not hard to see how the Chinese box—so seductive and deadly, exhaustive if fragmented—works as a metaphor for Rushdie’s novel. Ostensibly about the battle between Zumurrud the Great Ifrit and Dunia the Fairy Jinn Princess, between religious philosophers Ibn Rushd and Ghazali of Tus, between incoherence and coherence, between the fantastic and the actual, Two Years is a novel, floridly and without evincing didacticism, about the power of stories to frame and effect social change.