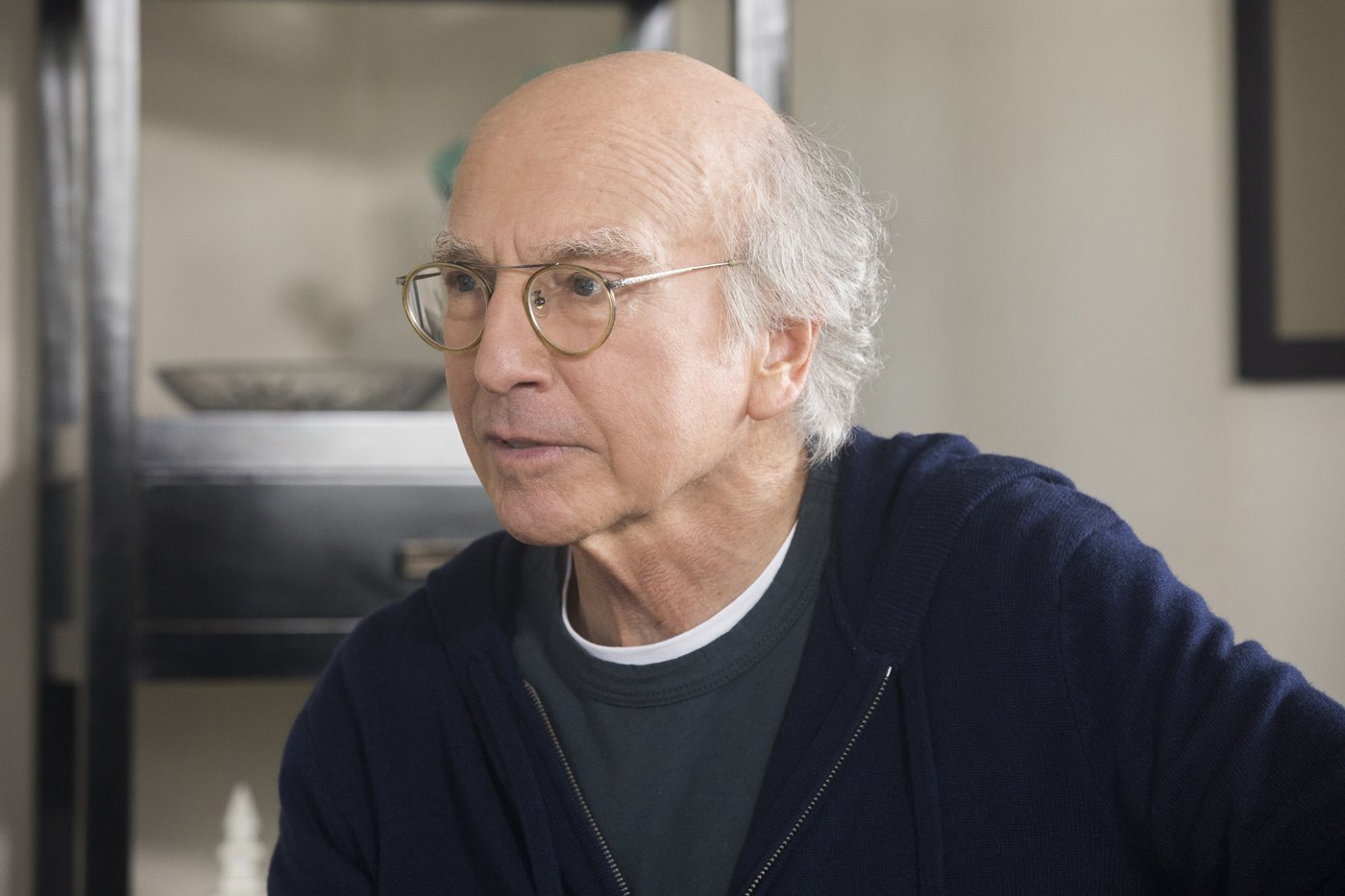 In the season-seven finale of Curb Your Enthusiasm, Larry David and Jerry Seinfeld pick apart the phrase “having said that.” “You say what you really want to say,” notes Larry, “and then you negate it.” To which Jerry adds, “You win either way.” The exchange may seem like a simple semantic criticism, but it’s a fitting turn of phrase for the inhabitants of the Curb universe, for whom bluntness and approval-seeking are coincident, often contradictory traits.

In “A Disturbance in the Kitchen,” a number of characters employ a similar expression. “With all due respect” contains the same inherent hollowness of “having said that.” It gives the speaker leeway to say anything by opening with faux-deference. In other words, it’s exactly the sort of saying that the loudmouthed Larry would love, and he uses it to gingerly challenge a police officer (Damon Wayans Jr.) who’s idling at a green light. “With all due respect,” Larry says, “a green light is not the time to be doing police business.” Larry’s remarks, along with an aggressive honk, earn him a ticket.

The irony of a saying like “with all due respect” is that the characters on Curb are far from respectful to one another, and “A Disturbance in the Kitchen” explores the variety of that disrespect. The episode begins in a restaurant, with its smarmy manager (Rich Fulcher) refusing to divulge the details of the titular disturbance to Jeff (Jeff Garland) and Larry. Later on, it’s exhibited by Larry in the courtroom as he’s disputing his ticket; to the chagrin of the judge, Larry compares his protest to that of civil rights activists, even Harriet Tubman, though he’s “not quite sure what she did.”

The relationship on Curb that best exemplifies mutual disrespect is the one between Larry and Susie (Susie Essman), who have become increasingly comfortable streaming invectives at one another. In this week’s episode, Susie’s teenage mentee, Katie (Eryn Nicole Pablico), doesn’t return home one night. Larry and Jeff are less concerned than Susie, prioritizing their missing sunglasses and baseball hat over the missing girl. Susie rightly chides the men for lacking basic human compassion, resulting in what’s perhaps Larry’s most self-aware comeback to date: “There’s some partial truth to that. It’s an illness for sure. I don’t know why I have it, but I definitely do.” But while Larry may have grown more mindful of his misanthropy over eight seasons of Curb, he’s yet to have sprouted a conscience.

Larry and Susie don’t dance around their dislike of one another, but the exchange between Susie and Elizabeth Banks, Larry’s love interest du jour, is wonderfully passive aggressive. Elizabeth claims to commiserate with Susie, having once lost her cat Mr. Noodle. “With all due respect,” Susie replies, “losing a cat is nothing like losing a child.” Under the guise of civility, Elizabeth snaps back, “With all due respect, that cat was my child.” Though Banks is ostensibly playing herself, she highlights the vapid celebrity stereotype, which perfectly suits her pseudo-concern for the missing girl. “I’m happy to tweet a recent photo of hers.” She then adds with a perfectly timed hair flip and matter-of-fact bravado, “I do have a lot of followers.”

The man responsible for Elizabeth and Larry’s courtship, is—of course—Salman Rushdie. In addition to putting a magnifying glass to daily nuisances—delayed restaurant entrées, too-sensitive car horns, missing sunglasses—“A Disturbance in the Kitchen” moves the fatwa storyline along. Seeing that the fatwa is beginning to affect his social life, Larry reaches out to Salman for advice. Salman (it’s not, as Larry presumes, pronounced like “salmon”) encourages Larry to embrace a “fuck-it philosophy,” to do away with his ridiculous wig and fake mustache and face the world.

Larry only rips off his mustache once Salman appeals to his baser instincts. First, there’s the promise of sex—or rather, fatwa sex, “the best sex there is.” It’s Larry’s dangerous new sex appeal that draws the attention of Elizabeth Banks. And second, Salman says the magic words: “You don’t have to go to anything you don’t want to go to.” The fatwa is a foolproof alibi, and Larry’s eyes light up. Just like the semantic crutch of “with all due respect,” the fatwa allows Larry to win either way. He can put himself out there more and pursue women or avoid his responsibilities altogether. In other words, the fatwa will allow Larry to operate at peak Larriness, and arguably become even more insufferable as the season progresses. After all, it’s a “fatwa life of riley.”