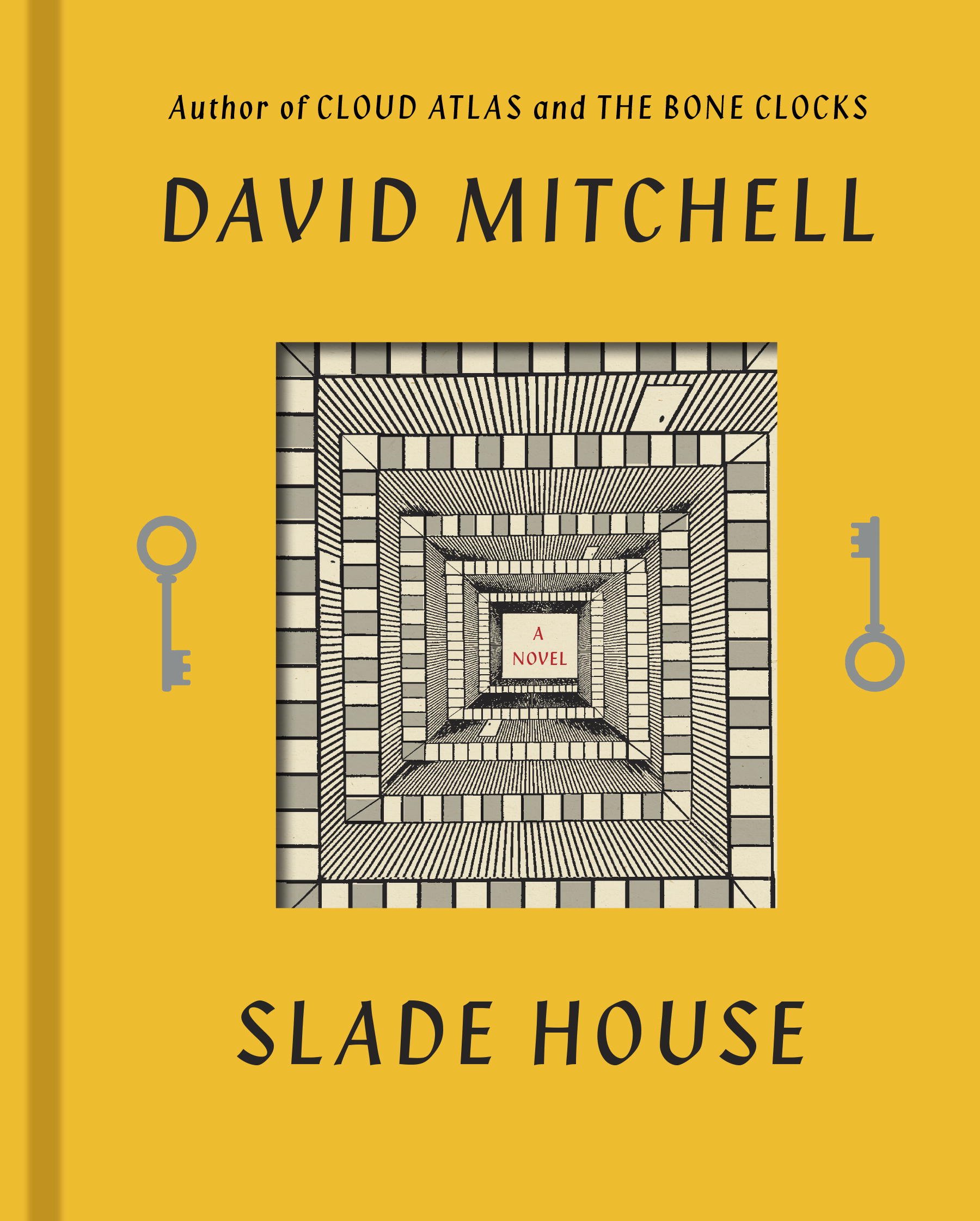 October, 1979. Nathan is being hurried on by his mother. They have to be at Slade House by three in the afternoon, and the directions they have to the location are helpful, if confusing: Find a small black iron door on the right-hand wall of Slade Alley. Upon going through it, they find themselves in a “buzzing, still summery garden,” with the house “at the top, old blocky, stern and gray and half-smothered by fiery ivy, and not at all like the houses on Westwood Road and Cranbury Avenue.” The effect is uncanny, as we’re clearly no longer bearing witness to a fall afternoon in rainy London, where “the damp sky’s the color of old hankies.”

Echoing any number of fantasy narratives from Lewis Carroll’s Alice in Wonderland to C.S. Lewis’s The Lion, the Witch and the Wardrobe, David Mitchell immerses Nathan and his mother in a world that’s like and unlike their own: “Reds are glossier, blues glassier, greens steamier.” Amid this blinding scene, we’re introduced to Lady Grayer and a mysterious young boy. Immediately, Mitchell’s prose alerts us that this story is as fantastic as its fairy-tale framework suggests. Faced with the eponymous house, we’re made privy to Nathan’s thoughts: “I’m about to ask Mum how such a big house and its garden can possibly fit in the space between Slade Alley and Cranbury Avenue, but my question falls down a deep well with no bottom, and I forget what I’ve forgotten.” What we remember and what we forget, we will soon learn, are key recurring themes of this ghostly tale; memories, both vivid and foggy, haunt the entirety of Mitchell’s Slade House.

Soon enough, and blaming the various Valium pills he’d pilfered from his mother earlier that morning, Nathan’s visit begins to go awry, with reality slowly dissolving into a dreamlike state. His narration, which keeps meeting ellipsis that suggest implausible time breaks, grows increasingly bewildering. One minute he’s on holiday with his father, the next he’s walking up a set of stairs decorated with a number of portraits that beckon his gaze.

I take two or three steps and draw level with the last portrait.
Which is me.
Me, Nathan Bishop…
Wearing exactly what I’m wearing now. This tweed jacket. This bow-tie. Only in the picture, I’ve got no eyes.

Things only get stranger after that and the reason for Nathan’s visit to Slade House is quickly, if obliquely, answered by the time we finish this first chapter. We then fast-forward to 1988. A completely new voice takes over the narrative and unlike Nathan, we won’t be able to forget what we’ve forgotten as we’re returned again and again to the eponymous haunted house. The same will be true for the other three chapters.

In this, Slade House shares its structure and tone with David Mitchell’s last book, The Bone Clocks. That 2014 novel also began with chapter detailing a mundane, if eventful, day, one in the life of Holly Sykes, before the reader was alerted that supernatural elements would soon overtake its narrative. Slade House also shares that novel’s mythology. Indeed, if decanting souls, suasion, and Horology mean anything to you, you’re bound to figure out what takes place in Slade House long before we get an entire chapter dedicated to background exposition, “like a detective laying out the facts in the final scene of a whodunnit,” as one character puts it. More a spinoff than a standalone piece, Slade House nevertheless functions as an exercise in Mitchell’s most lauded talent: his canny ear for character.

Each chapter, written in a different voice (a boy on the spectrum, a chauvinist cop, an insecure college girl, a lesbian journalist, the cunning Lady Grayer), is a testament to Mitchell’s ability to call forth an entire character’s life with an economy of language that’s as beguiling as the various scenarios that are dreamed up by the two characters who live in Slade House. As such, while we learn that Nathan’s social awkwardness may be a sign of something else (“Mum says I have to learn how to ‘Blend In’ more, but there aren’t any classes for Blending In, not even on the town library noticeboard”), we get equally helpful cues about his other narrators even as the narrative stays wholly focused on present events with little time handed over to flashbacks or backstories.

Overall, those who enjoyed (and could keep up) with the intricacies of the supernatural world of Mitchell’s Bone Clocks will find plenty to enjoy in Slade House, not least because its last chapter puts one of that novel’s most beloved characters front and center. For those coming in cold, the recursive tales in and of Slade House, may prove to be a pleasant, if slight, experience.

David Mitchell’s Slade House will be available on October 27 from Random House; to purchase it, click here.

Giving Shakespeare His Due: Brian Selznick’s The Marvels