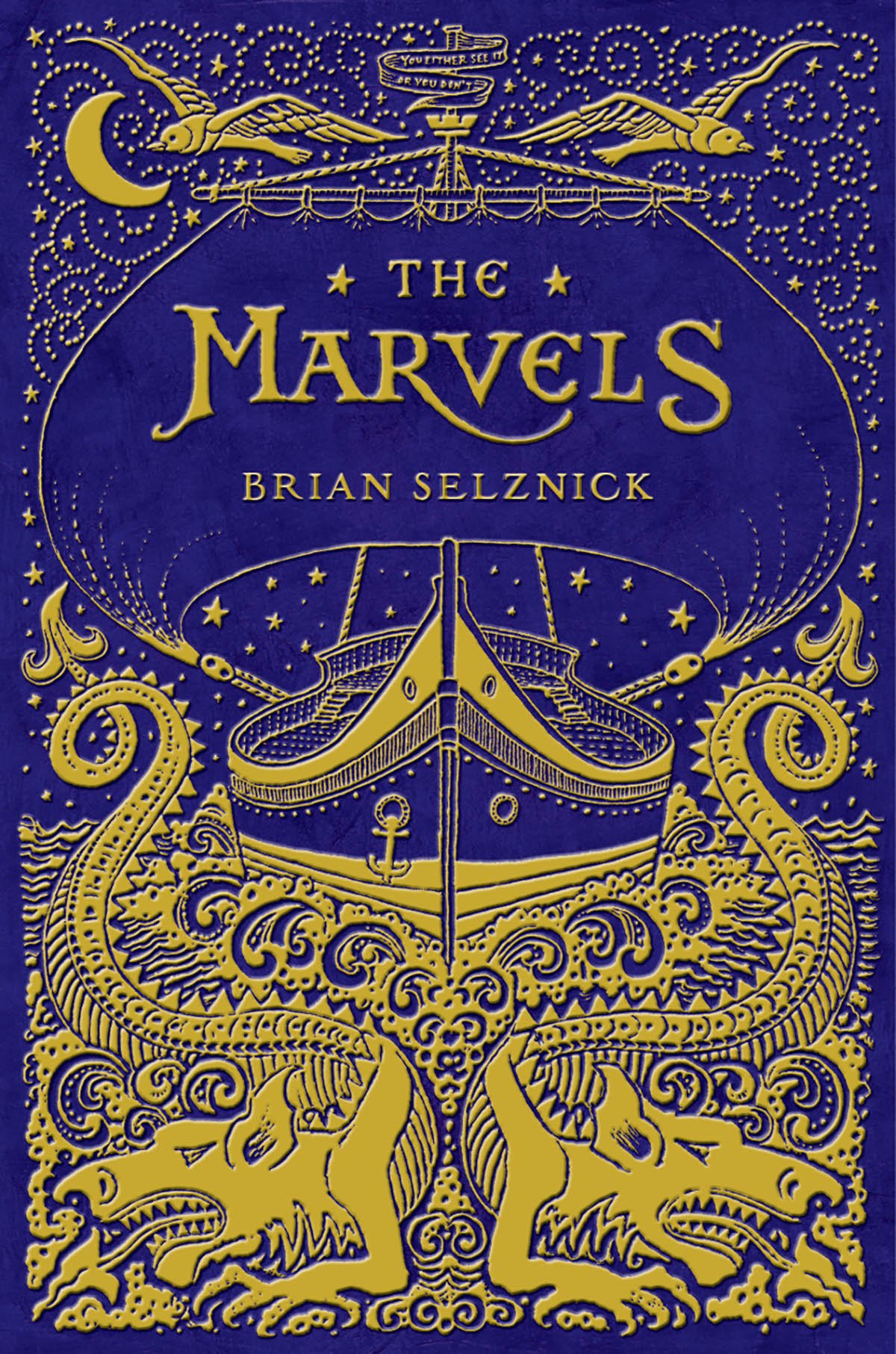 In the middle of Brian Selznick’s newest picture book/novel hybrid, The Marvels, a young boy sneaks into a theater where he’s enraptured by a performance of William Shakespeare’s The Winter’s Tale. The play, one of the Bard’s late romances, is perhaps best remembered for its late-act feat of magic wherein a statue of queen Hermione, who had presumably died 16 years prior, comes to life only to be greeted by the repentant husband whose accusatory cries of adulterer had caused her death. “The play had left him strangely sad, even though he knew it was supposed to have a happy ending,” we’re told. It’s one of many moments in Selznick’s latest endeavor that feels indicative of the type of story we’re reading, as this is a stage-bound spectacle that depends on its own theatricality to craft a narrative about how families are made and unmade.

Just as George Méliès was at the heart of Selznick’s instant classic The Invention of Hugo Cabret, so does Shakespeare haunt these pages. It’s no surprise cross-dressing, mistaken identities, aimless young men, and a family tragedy are at the center of this centuries-spanning chronicle that begins in an all-too familiar Shakespearean scenario: a tempest at sea.

The shipwreck which opens The Marvels is an arresting example of Selznick’s gift for scene-making. His pencil drawings take up the first 400 pages and vividly sketch out the life of the sole survivor of the wreck, Billy Marvel. Roaring waves, clashing clouds, and strong winds leap from the page, even as a theatrical performance above deck, Billy’s own imagination, and Selznick’s decision to blur the two crash into each other, eventually stranding us in 1766 London. Having lost his brother and armed only with a young pup named Tar, Billy finds a home at the Royal Theater. Selznick’s evocative sketches map out a long lineage of theater folks whose family history seems irrevocably intertwined with the stage, their family name becoming an exulting description of their thespian gifts. The story of the Marvels brings us to the end of the 19th century and stops almost defiantly amid a fiery climax without any discernible resolution. As in The Winter’s Tale, we jump ahead to pick up the story close to a century later; we may yet witness art being made flesh again.

We pick up in 1990, with Selznick’s prose taking over from his illustrations. We now follow a boy, Joseph, lost in London. Having run away from boarding school, he searches for an uncle he’s yet to meet. Uncle Albert, who lives in a house that’s been retrofitted to resemble a late-1800s London house (no electricity or phones here), begrudgingly takes him in. As we begin touring the uncle’s house alongside Joseph, names, objects, and scenes from Selznick’s illustrations jump out, though it becomes increasingly unclear how, if at all, Billy’s story will intersect with Joseph’s own. Therein lies part of the joy of this latter section, which thankfully renounces any easy correlation between the Marvels’ theatrical history and Albert’s own house and family. Instead, the clues are littered all over the house, which “felt like a puzzle, and maybe if [Joseph] put together the pieces, he could solve it”; it’s a welcome relief to find this puzzle isn’t as easily solved as one might think.

That said, the transition from Billy’s story to Joseph’s is not one without shortcomings. Once immersed in Selznick’s prose, one wishes the writer’s sentences moved with the same grace and fluidity of his illustrations. His black-and-white pictures glide with the ease of a finely detailed flipbook that rewards close scrutiny. Such isn’t the case with his later section, which hits the narrative’s themes with the subtlety of an actor playing to the galleys: “I know lots of stories, too, but they aren’t the same as facts,” one character is told at one point, underlining the obvious central tension at the heart of The Marvels. Thus, excursions on The Winter’s Tale, long expository sections on Uncle Albert’s past, and the eventual reveal of how the Marvels factor into Joseph’s life feel rather heavy-handed, if not exactly un-enthralling. This is, above all else, a daring rewriting of centuries-old orphan tales, with a surprising (and quite progressive, one might add) bent that cannot be denied.

Like Hermione in Shakespeare’s play, The Marvels comes to life as a touching portrait of the way storytelling can restore (and create) fully fleshed family units.

Brian Selznick’s The Marvels will be available on September 15 from Scholastic Press; to purchase it, click here.