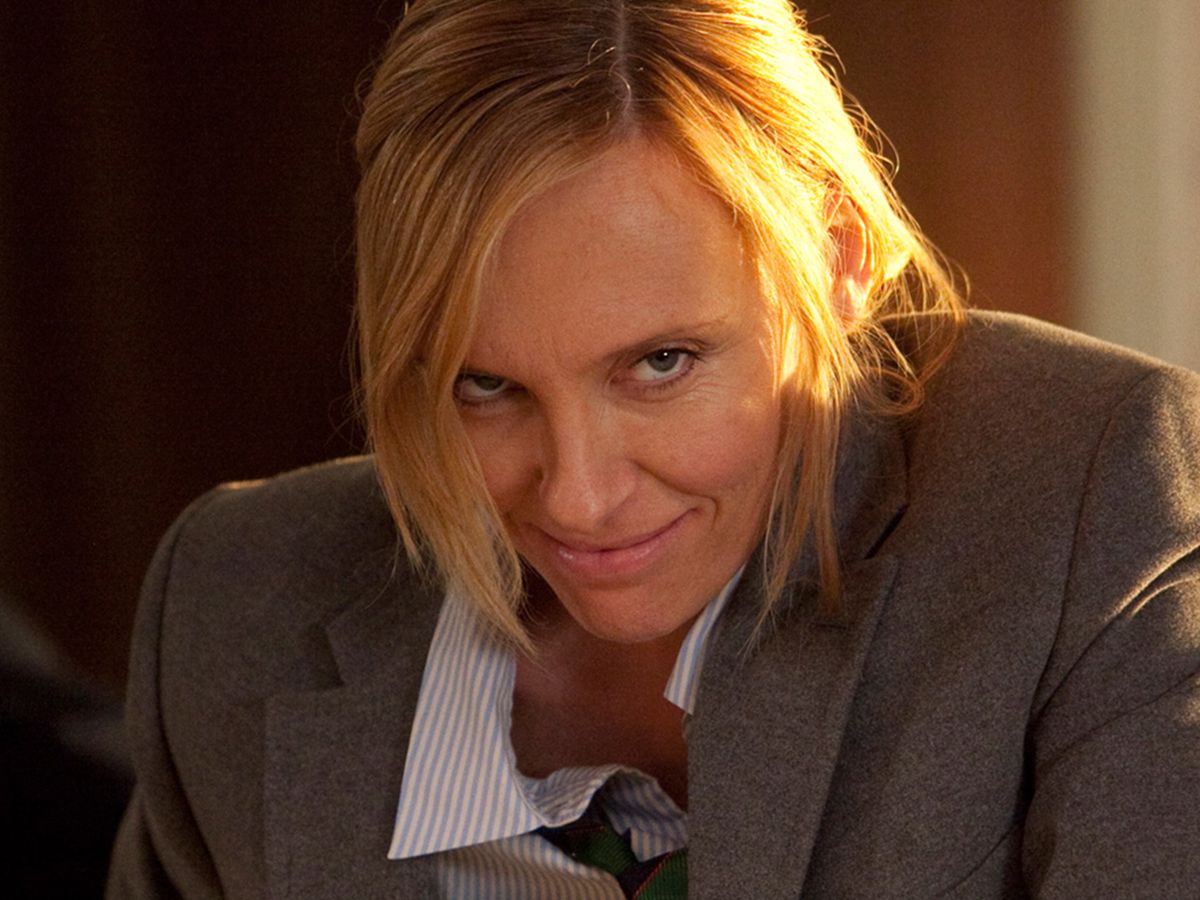 The best thing about the third season of United States of Tara is the addition of Eddie Izzard as psychology professor Dr. Hattaras, who takes a professional—yet skeptical—interest in both Tara (Toni Collette) and her multiple personalities. It’s not just that Izzard’s brand of rapid-fire delivery and Wildean wit makes him a natural for the show (it does), but that his presence begins to shed light on the mystery of Tara’s “alters,” the various identities the Kansas housewife fractures into whenever her world becomes too stressful.

United States of Tara has always been a little too quirky and flippant for its own good. It skims the surface of Tara’s psychosis, more intent with ripping the piss out of middle-class suburbia via sarcastic riffs (Diablo Cody is the creator of the series and its chief writer) or in giving Collette Emmy bait than with plumbing the depths of Tara’s splintered identity. Izzard at least threatens to upend the balance and almost makes United States of Tara the fascinating show it should have been from the start.

When the program debuted on Showtime two years ago, it wasn’t surprising that Collette so ably portrayed Tara and her many alters. What was unexpected was how uninteresting her other identities were. These personalities (a sexually promiscuous teenager named T, a prim housewife called Alice) were walking clichés, which was, of course, the point: Tara was escaping her complex life, and most likely some childhood trauma, by taking on uncomplicated personalities, but that didn’t stop the alters from often coming across like mere opportunities for comedy and showy acting.

The show’s subplots, while not terrible, often feel like contrivances to keep Tara’s family part of the storyline. Her daughter, Kate (Brie Larson), embodies every independent-minded aimless teenager growing up in a Midwest suburb; everything she says drips with sarcasm, and it’s a testament to Larson’s sharp comedic delivery that, even though her material is often stale and repetitive, she manages to keep it sounding fresh. Marshall (Keir Gilchrist), Kate’s gay younger brother, enters the world of dating this season, but it often feels like tagged-on material to provide him with a storyline. Tara’s whiny sister, Charmaine (Rosemarie DeWitt), is, with the exception of the alters, the most over-written character on the show, though the added dimension of motherhood has helped bring some humanity to her storyline. These side stories distract from the larger issue of Tara’s break from reality and the reasons behind it.

There’s always been a mystery element to the series, with viewers being drawn closer and closer to the root cause of Tara’s condition. It’s the most compelling reason to watch, and the introduction of Dr. Hattaras, with his clinical distance, offers a natural way for Tara—and us—to begin to understand her illness. Unfortunately, the therapeutic moments tend to be cluttered with too many quirky asides and extraneous details. In one session, Dr. Hattaras is inexplicably setting rat traps around his office; maybe it’s supposed to be symbolic, but it doesn’t seem to serve any real purpose. United States of Tara smothers its characters and situations in layers of quirk and sarcasm, like an expensive steak drenched in Velveeta.