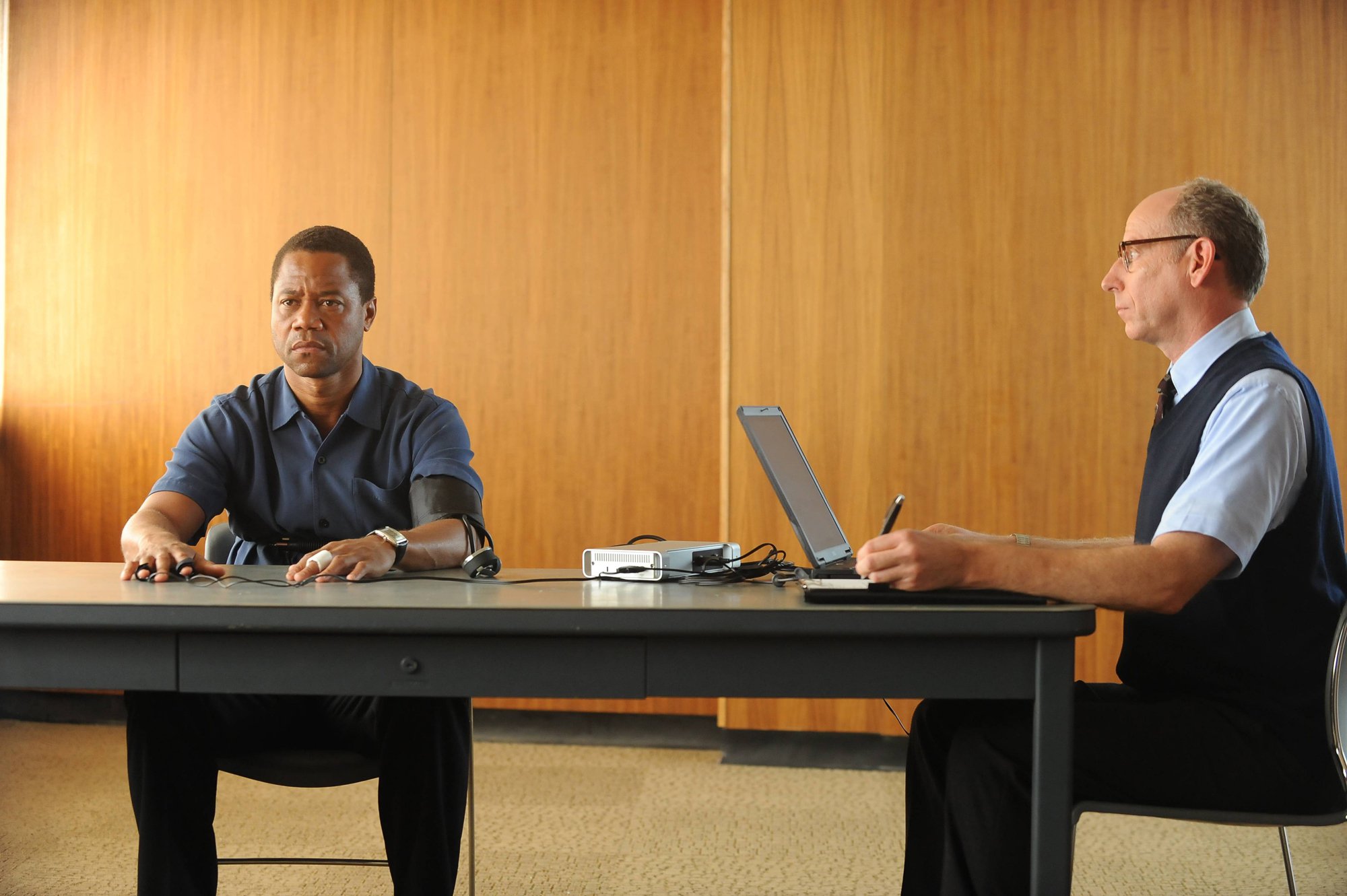 Ryan Murphy, who started as a journalist working for such publications as Entertainment Weekly, has an ingrained talent for spotting trends and exploiting them in a craven bid for ratings. The inaugural season of his true-crime anthology series American Crime Story is a 10-part focus on the murder trial of O.J. Simpson that, above all else, corroborates his interest in reflecting the world we live in as mediated by our tabloid culture. Murphy and his collaborators may rightly understand the events that surrounded the Simpson case as a circus, but they take, stylistically at least, that observation to its easiest possible conclusion: by rendering the players in this drama as ripped from the headlines of the National Inquirer.

The series is a failure of aesthetic judgment in much the same way as Murphy’s adaptation of The Normal Heart. While The People v. O.J. Simpson, based on Jeffrey Toobin’s The Run of His Life: The People v. O.J. Simpson, is meant as a “straight” alternative to the transgressive aesthetics that run wildly, sometimes exhilaratingly and sometimes incomprehensibly, through American Horror Story, the show’s style suggests a kind of dampened shtick. Even the episodes without Murphy at the directorial helm imply a flagrant, seemingly forced, abidance to a house style by which the characters are viewed as figurines in a grotesque diorama, every nausea-inducing pirouette of the camera a needless underlining of any given scene’s hints of nuance.

There’s a sense that The People v. O.J. Simpson wouldn’t have been possible without the success of The Jinx. Though the events surrounding the murders of Nicole Brown Simpson and Ron Goldman may not be subjected to dubious reenactment (at least in the six episodes previewed for press), the construction here of the knowable truths of the O.J. Simpson trial still bring to mind the bluntness with which Andrew Jarecki similarly connected artifice with authenticity. Jarecki approximates a what-if, whereas Murphy recreates a more verifiable series of events, and yet both filmmakers are devoted to physically (re)connecting us to the past through heightened play-acting.

Even for those who aren’t old enough to remember the so-called trial of the century in great detail, this nostalgia-stoking enterprise largely exudes a contemptuous sense of observation. In dramatizations of less knowable incidents, the filmmakers bluntly and mockingly acknowledge the key players’ behind-the-scenes travails. In one scene, Kato Kaelin (Billy Magnussen), beneficiary and victim of the media’s overexposure, is rewarded with an impromptu peep show by a group of women, then immediately spat on by two brahs jogging by him. In another, Kris Jenner (Selma Blair) squeals to her ex-husband, Robert Kardashian (David Schwimmer), that everything about O.J. (Cuba Gooding Jr.) is “pretend,” and for no other reason than to flatter one’s belief that celebrities like the Kardashians have made careers out of pretending to have talent beyond accumulating wealth.

Murphy and company take at face value that nearly everyone involved in the O.J. Simpson case was motivated by opportunism—that they were partly responsible for the very image of them sold to us by the media. This insight is often entered in quotation marks, most smugly in a scene depicting Robert Kardashian lecturing his four offspring on the perils of fame. And while the clear sympathy extended to Marcia Clark—played with a heroically virtuostic and humane level of commitment by Sarah Paulson that’s matched by no one else except for Courtney B. Vance as Johnnie Cochran—is revealing of how brutally the lawyer allowed herself to be so affected by the media’s obsession with her personal appearance, it also casts the filmmakers’ patronizing opinion of nearly everyone else into even sharper focus.

At least The People v. O.J. Simpson grasps the cynical gamesmanship—the research, the manipulation, the brokering—of winning a trial. It’s in the minutiae of this long game that the series most purposefully reveals itself as a counterpoint to an ongoing crisis, especially in a scene during which Cochran redecorates O.J.’s house to give the jurors on the murder trial a more positive impression of his client. You wouldn’t know it from the tacky cliffhanger that ends the Murphy-directed premiere episode, which features Nina Simone’s “I Shall Be Released” layered atop the start of the white Bronco chase that gripped the nation on June 17, 1994, that The People v. O.J. Simpson’s reconstruction of the O.J. murder trial actually seeks to raise questions about the relationship between privilege and personal freedom in this country and without pretending that the answers are easy or that we’re closer to even answering them today.

In 1996, Variety’s Peter Bart responded to Jesse Jackson’s revolt against the “Hollywood Blackout” at the 1996 Academy Awards in a sneering article that made reference to Cochran playing the “race card” during the O.J. trial. One is unable to watch The People v. O.J. Simpson without thinking of how Toobin pointedly described in The Hollywood Reporter how the series based on his book is a “10-hour trailer for Black Lives Matter,” or how 20 years after the O.J. trial, Hollywood’s swift response to #OscarsSoWhite stands in sharp contrast to the ridicule bestowed on Jackson during the Oscars by everyone from host Whoopi Goldberg to Nathan Lane (who stars here as F. Lee Bailey).

Until his untimely death, Cochran was vilified for his allegiance to O.J. Strikingly, and unusually given how little compassion courses through the veins of The People v. O.J. Simpson, this is a loyalty that Murphy and company want to comprehend. In a great scene between Cochran and O.J. in a holding cell, the former soothes the latter by calling him “brother.” Vance, in the delivery of this word, at once gentle and pointed, contains multitudes. The actor makes Cochran’s drive to bring justice to O.J. real, as well as his need to convince others that his client was in fact innocent. Given how The People v. O.J. Simpson’s ossified style suggests a tour through Madame Tussauds, it comes as a relief to witness how the series attains life as a conversation about the complexities of racial kinship, purposefully exploiting the present tense by connecting it to the very past tense from which it’s impossible to be removed.