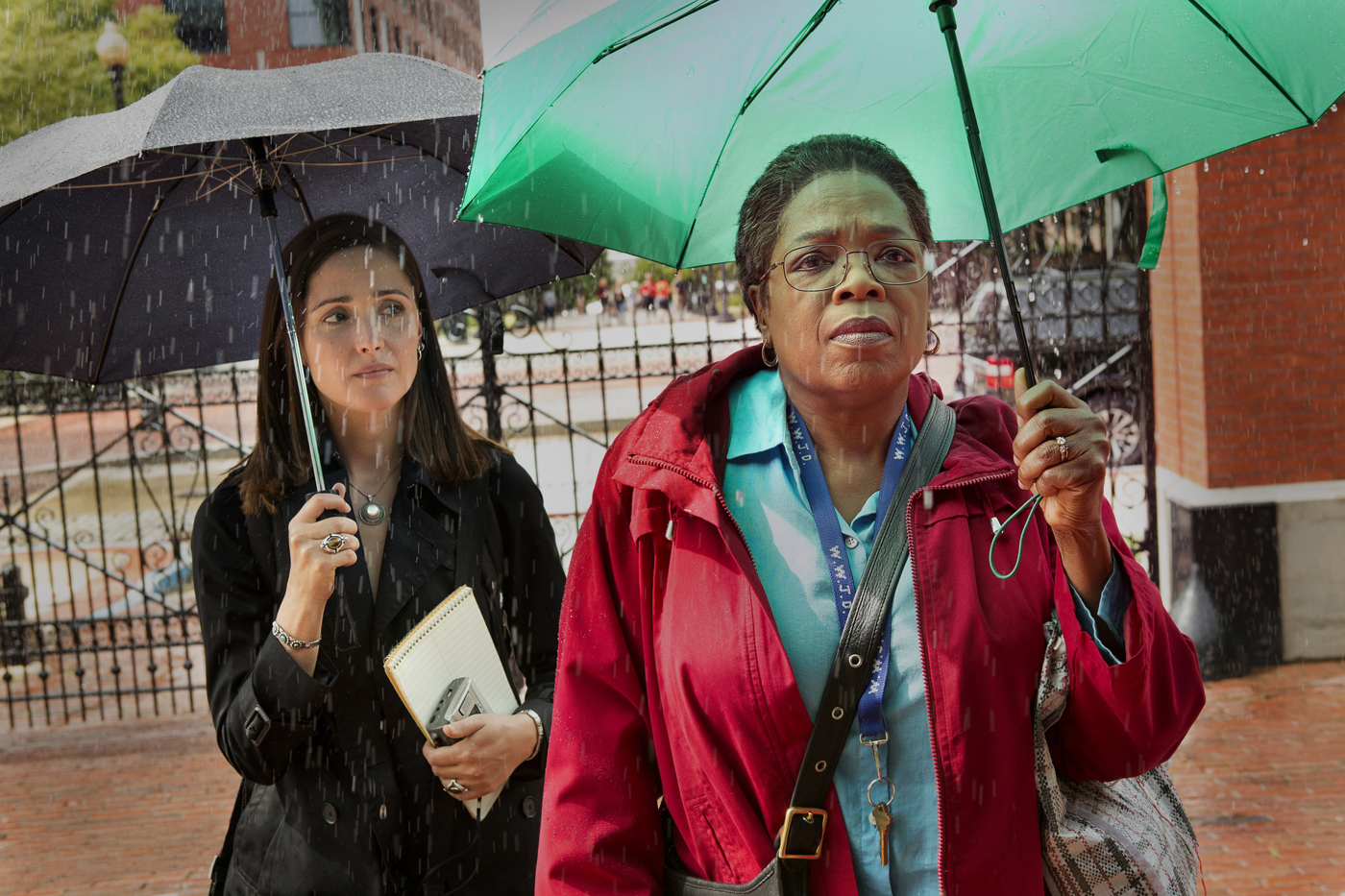 Toward the end of The Immortal Life of Henrietta Lacks, Deborah Lacks (Oprah Winfrey), the eldest living daughter of the titular black cancer victim (Renee Elise Goldsberry), loses her mind for a moment. In the aftermath of learning that both her mother and her late older sister, Elsie (Tyvonna Jones), were mistreated by a predominantly white scientific community because of racism and credit-mongering, she loses a grip on her emotions and is cast back to the day her mother was buried, when a great storm interrupted the mournful ceremony and blew the roof off the family’s barn.

Eschewing the solemn strings or atmospheric synths typical of scenes like this, the moment is bolstered by brassy percussion—the kind of big, rolling drums reminiscent of Duke Ellington’s more bombastic numbers. The emotion being evinced here isn’t sorrow or sadness, but overwhelming confusion and chaos, and this speaks to what director George C. Wolfe ambitiously aims for but ultimately fails to achieve: to give, like the Rebecca Skloot nonfiction bestseller on which the HBO film is based, Henrietta Lacks her due.

Wolfe strives to bring this “mother of modern medicine” to the forefront of a story that was essentially taken away from her. Henrietta checked herself into Johns Hopkins in the early 1950s, suffering from cervical cancer, and from her body the hospital extracted cells—without her knowledge or consent—that would become instrumental in major medical breakthroughs, such as the Polio vaccine, and AIDS research. Henrietta’s name, though, was changed by Johns Hopkins, which treated black patients in segregated wards during the Jim Crow era, to Helen Lanes in order to disguise her true identity from the public and media. Hence her “immortal” cells being known as HeLa.

Sadly, The Immortal Life of Henrietta Lacks awkwardly and cumbersomely arrives at its revelations of how damaging this lack of recognition was for Henrietta’s family. The bulk of the film sees Deborah almost comically paired at the hip with Rebecca (Rose Byrne), who scores a rare series of interviews with the Lacks family in the hopes of giving more context to her upcoming book about the HeLa cell line. While Rebecca searches frantically for scientific and historical information about HeLa, Deborah scowls and looks for personal details about her mother and her late sister, who was developmentally disabled and died horribly at an unregulated mental hospital.

For Rebecca, her book is about history, science, and race. Deborah’s emotions, though, naturally complicate the project, and as a result the women stumble their way toward a kind of common ground. Pity, then, that the women of this film are nowhere near as complicated as the material that informed Rebecca’s book: Henrietta is depicted as little more than a sanctified figure of goodness and innocence, while Skloot comes off as a cipher, a symbolic white woman rather than a person with her own unique life and past. At least Winfrey is unshakably moving in expressing the odd rhythms and detours of Deborah’s troubled mind, one that’s been whittled down into a bundle of hesitant hope and paranoia by decades of debasement, threats, and lies.

In essence, George Gey (Reed Birney), the doctor who found and harvested HeLa without Henrietta’s permission, erased a part of black history when he changed the woman’s name. He took away from Henrietta’s family their sense of pride and accomplishment. In the wake of Henrietta’s death, her children were whipped, raped, and, yes, murdered outright as a result of being placed with abusive relatives, and the film strongly intimates that the oppressive secrecy that Johns Hopkins enabled had a corrupting effect on Deborah and her siblings. In the end, there’s poignancy to how The Immortal Life of Henrietta Lacks acknowledges how Rebecca’s correcting of the record helped to ease this family’s pain, but you may wish that the film more polemically recognized Henrietta’s place in a long-standing tendency in America to erase black men and women from the reality of their own lives.

Review: The Handmaid’s Tale: Season One