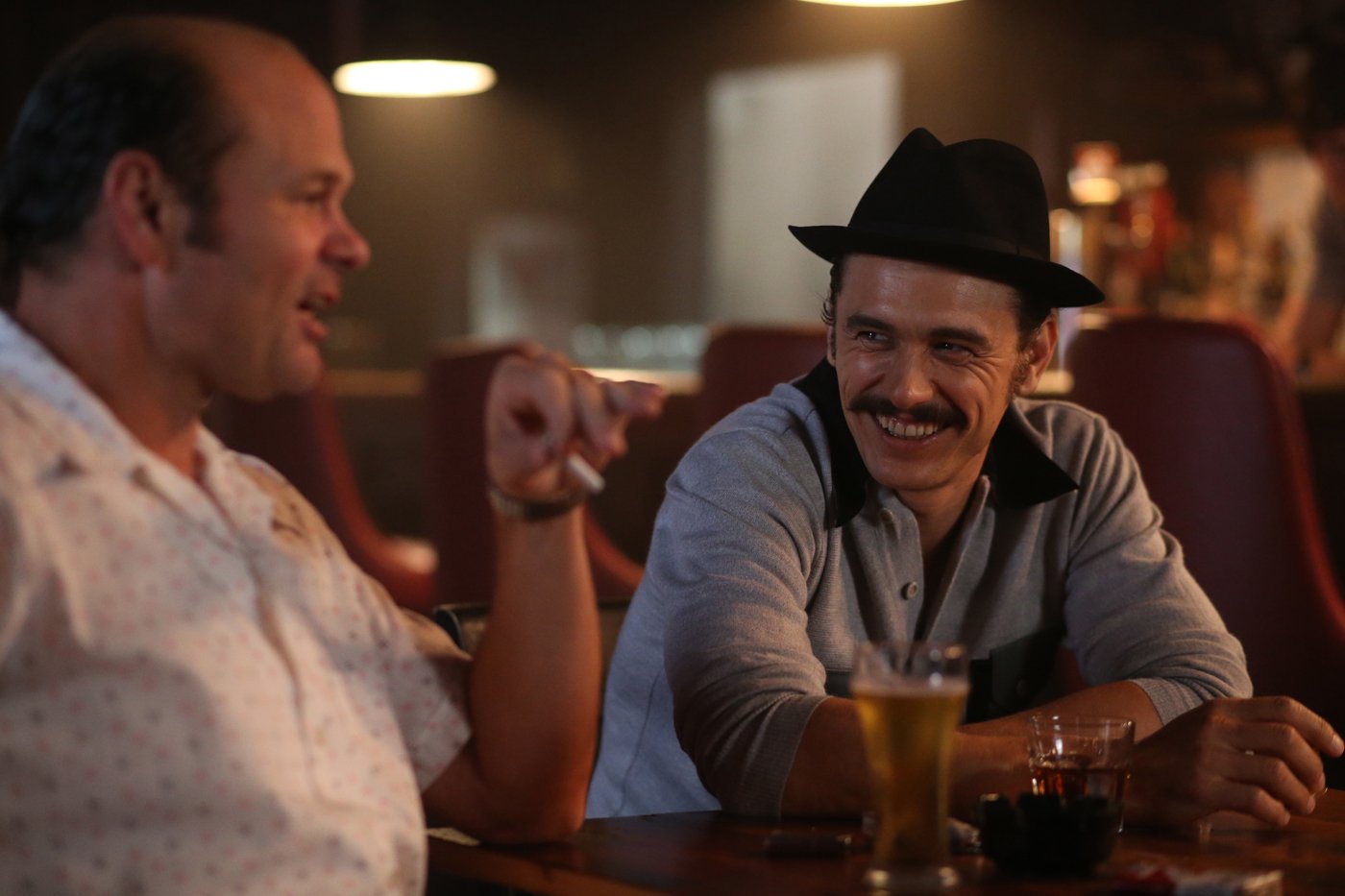 Tonight’s episode of The Deuce, “What Kind of Bad?,” opens with Darlene (Dominique Fishback) in North Carolina, after a well-intentioned Abby (Margarita Levieva) bought her a ticket out of New York last week. Instead of reuniting with family, though, Darlene lures her friends to the Big Apple with a series of lies about her lucrative “modeling” career. The scene upends our perception of Darlene, the sweet bookworm and budding cinephile; here, she’s a calculating predator, duping anyone naïve enough to return with her and work for Larry (Gbenga Akinnagbe)—ostensibly because it would boost her seniority, or at least shift Larry’s attention away from her for a while.

Darlene’s decision to return to New York seems tragically misguided—informed more by her manipulative pimp than her own desires. The episode undermines the sympathy we feel for her, though, when Ashley (Jamie Neumann) tells an incredulous Abby that maybe Darlene returned because “she likes her life the way it is.” We are Abby in this situation, anointing ourselves the clear-eyed judges of Darlene’s happiness, which adds a sting to the moment when Ashley rightly highlights Abby’s privileged perspective with a jab about Abby’s father paying for her education.

Perhaps Abby isn’t the rightful arbiter of Darlene’s fate, but “What Kind of Bad?” illustrates conclusively that merely “liking” a life of prostitution can’t possibly justify the inherent peril. Last week, I wrote that Candy (Maggie Gyllenhaal) had finally reached rock bottom, a statement proven premature here when she’s brutally beaten by a psychotic john. The Deuce has contained enough violence for our minds to conjure disturbing hypotheticals when a closed door obscures Candy’s assault, but the subsequent sight of her mangled face is nonetheless shocking. Still, her gruesome injuries aren’t as heartbreaking as her desperate attempt to mask them for work, or her tearful breakdown when Rodney (Clifford Smith) later offers a smug “I told you so.”

Candy’s injuries add a new logistical obstacle to her already complicated relationship with Jack (Will Chase). Their scene in bed reveals that her bumbling behavior during their first date didn’t shake him; he’s similarly undeterred when she masturbates after they finish having sex and she responds, at once sneering and nonchalant, “You’re different,” after he asks her, and in cliché fashion, if she came. The moment continues a trend of Candy careening recklessly through the moguls of courtship with a frankness that’s likely a symptom of her profession, and when Jack invites her to his work party the prospect seems fraught even before she’s assaulted.

Candy isn’t the only character on the show who’s at an inflection point, as Vincent (James Franco) is faced with either managing a new venture for Rudy (Michael Rispoli) or declining the mobster’s offer. His choice is complicated by the new business itself: a “massage parlor,” which we learn means a brothel, tacitly sanctioned by corrupt politicians desperate to at least create the illusion of clean streets. Vincent’s eventual acceptance of the offer furthers his underworld descent, which The Deuce has spent weeks developing; as his first explicitly illegal venture, the brothel all but erases the façade of legitimacy between Vincent and his mafia backers.

This new business places Vincent alongside Candy at the cutting edge of the transforming sex trade, an example of how The Deuce subtly interweaves the destinies of its characters and New York City itself. The show’s prostitutes might be working in the relative safety of such a parlor long before they, like Candy, abandon the trade altogether—and they might also be swept off the street by the impending ubiquity of pornography.

While Vincent and Candy plunge into new arenas, Paul (Chris Coy) and Abby discover themselves and explore their circumstances. Paul is brought to an underground dance party and discovers a vibrant LGBT scene hidden from the police raids and harassment plaguing the city’s gay bars. The party bubbles with a kind of unbridled joy rarely seen in The Deuce, even in the scenes at the Hi-Hat that are portrayed as insulated from the harsh reality of the street. An after-party threesome is a rare sex scene in The Deuce characterized by heady lust, instead of shameful professionality or abusive dysfunction.

Abby’s development is more probing and less joyous than Paul’s. She struggles to reconcile her feminist ideals with her role at the Hi-Hat, flouting Vincent’s exploitative uniform requirement and instigating an argument with Reggie Love (Tariq Trotter), a pimp drinking at the bar. She seems equally disenchanted with the academic life she abandoned and attends a college party only to find the art-house cinema banter exasperating. Abby is nearly unique in The Deuce in that she defines herself through what she rejects instead of what she embraces. In “What Kind of Bad?,” she begins photographing the diverse crowd at the Hi-Hat, suggesting specific aspirations that may eventually justify her general sense of superiority.

“What Kind of Bad?” is in many ways the most pessimistic hour of The Deuce so far; the episode’s titular question is answered by Candy’s assault, Vincent’s newfound criminality, Abby’s disillusionment, and Darlene’s deluded contentment. Watching all of them strive for the lives they want, or live the lives they’ve chosen, it’s hard to escape the feeling that the fates awaiting these characters will vary in specificity, not quality. And there’s a sense that whatever comes next might just be a new kind of bad.