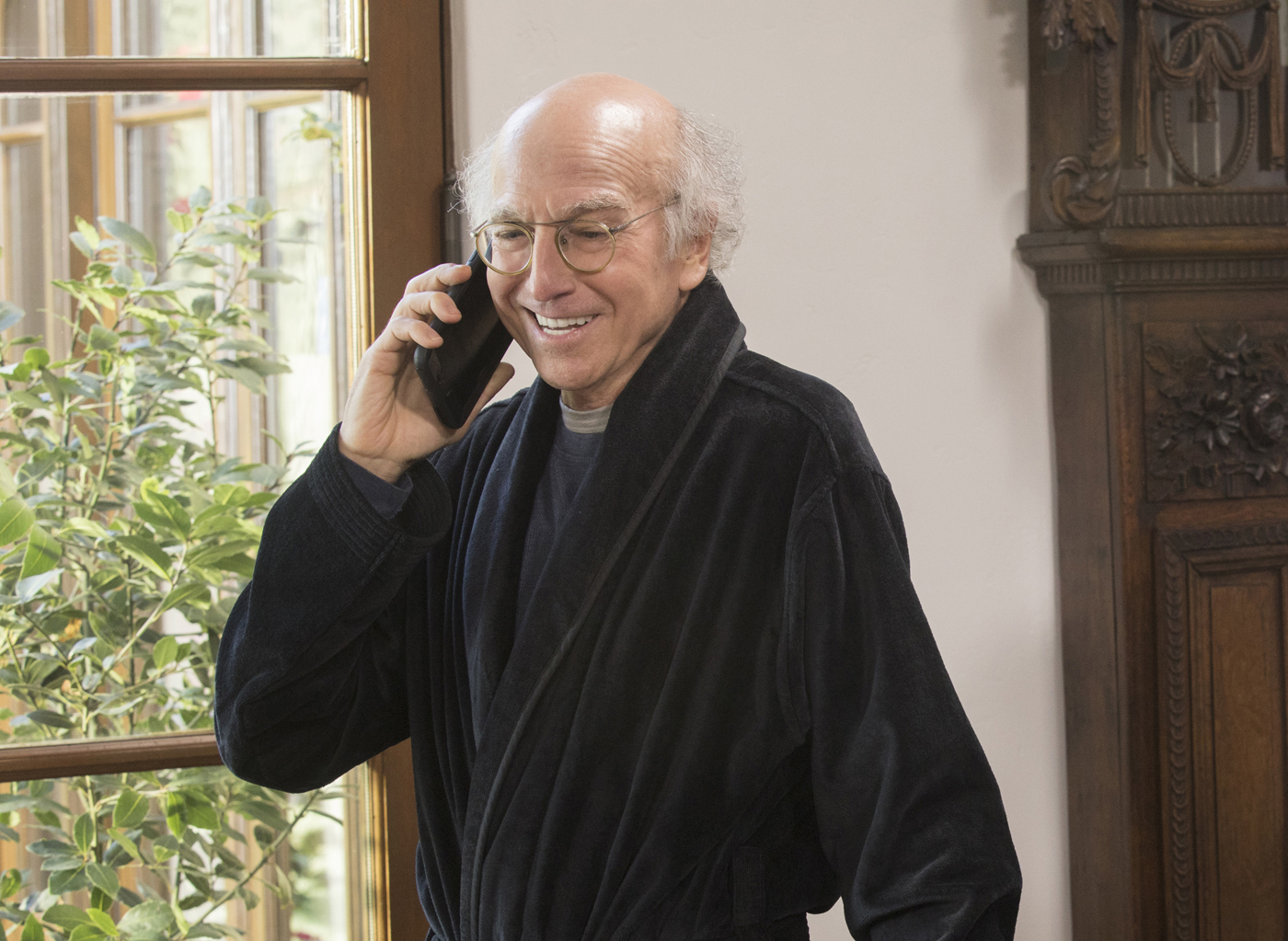 “You’re doing too much,” Leon (J.B. Smoove) says in “The Pickle Gambit,” tonight’s episode of Curb Your Enthusiasm. He’s speaking to Kenny Funkhouser (Niall Cunningham), nephew of Marty (Bob Einstein), straight-A student, all-American pitcher, and “jewel of the Funkhouser family tree.” If his SAT performance goes well, Marty gloats, he’ll be off to Stanford with a full scholarship. Kenny may have a lot on his plate, but his hard work seems to be serving him well—even if he hasn’t, Leon presumes, “ever seen a titty.”

The same can’t be said for Larry (Larry David), who would be wise to listen to his nudnik cohabitant’s advice. In “The Pickle Gambit,” Larry is doing far too much. He inserts himself into every situation, content to air his grievances or offer his two cents to anyone who will listen. Some of Larry’s pestering is done for his own benefit; he’s terrified of the fatwa on his head, which drives him to hole up at the Ritz-Carlton under the pseudonym Buck Dancer and, at Leon’s behest, hire a persimmon-loving bodyguard named Swat (Dean Sharpe). In the hopes of finagling himself out of the fatwa, Larry seeks out Shara (Anne Bedian), the hot-blooded owner of the Palestinian chicken mecca Al-Abbas. Sympathetic to Larry and his pate-disguising wig (“It hides the Jew”), she gets him in touch with the consul of Iran.

Larry thinks he’s a goner, and that bothering Shara for help is his only recourse. Elsewhere in “The Pickle Gambit,” he lacks such an excuse for his typically irritating, intrusive behavior. It’s just Larry being Larry. Incidentally, his disregard for propriety makes for the funniest interactions throughout the episode. This is especially true of his conduct toward the Ritz-Carlton staff, for whom Larry is an endless source of vexation. To the hotel’s employees, Larry complains in a distinctly George Costanza-esque manner about the bedsheets and the strict tong-only rule when it comes to taking cookies, and shares much more than the day manager (Jim Rash) bargained for: “The [pajama bottoms’] flannel is thick, so they obfuscate the penis.”

The only person who appreciates Larry’s meddling is a prostitute, Paula (Bianca Kajlich), he encounters at the hotel, who takes to heart his sartorial advice that she not “double down on the seediness.” Indeed, after eschewing animal print and leather for upscale dresses, she’s met with a more respectful clientele. Indebted to Larry and his “hooker mitzvah,” the prostitute agrees to offer her services to Kenny, who, his pitching arm broken during a squabble with Larry, has been rendered angsty and jaded.

Everything seems to be falling into place: Larry’s sartorial wisdom leaves him in the prostitute’s good graces and he’s capable of setting things straight with the Funkhousers. But on Curb, nothing gold can stay. Larry’s all-important Skype date with the consul is interrupted by the hooker’s chaotic tryst with Kenny; the noises from the bedroom sound, at least to Swat, like an assassination attempt, and he sends the pair running down the stairs into the consul’s line of sight. Ironically, Larry’s one attempt to be advantageous, even generous, in his meddling ends up ruining his chances to be fatwa-free.

Much of the episode deals with Larry’s inability to mind his own business, but everyone is guilty of the same behavior when the stakes are high, and no stake is higher than opening a pickle jar. When Larry and Leon bring a jar into the hotel to create a diversion (Larry has, of course, been banned from the Ritz, and needs to sneak in), it’s met with a chorus of “let me take a crack at that” and “I can help with that” and “give it here.”

No one is impervious to the charms of becoming a “pickle jar hero,” of stepping in and accomplishing the impossible where one’s peers have failed. It’s what distracts the hotel’s day manager from his post; it’s the undoing of Kenny, who breaks his elbow fighting with Larry over the jar; and it’s more important to Larry than confronting the newly coupled Ted (Ted Danson) and Cheryl (Cheryl Hines), who are heading arm in arm toward the hotel’s elevator. Larry could express his feelings of betrayal to his canoodling friend and ex-wife, but it would betray his baser instincts. Larry is, first and foremost, a meddler, and even he can’t resist the temptation of his own gambit. After all, everyone wants to be the pickle jar hero.