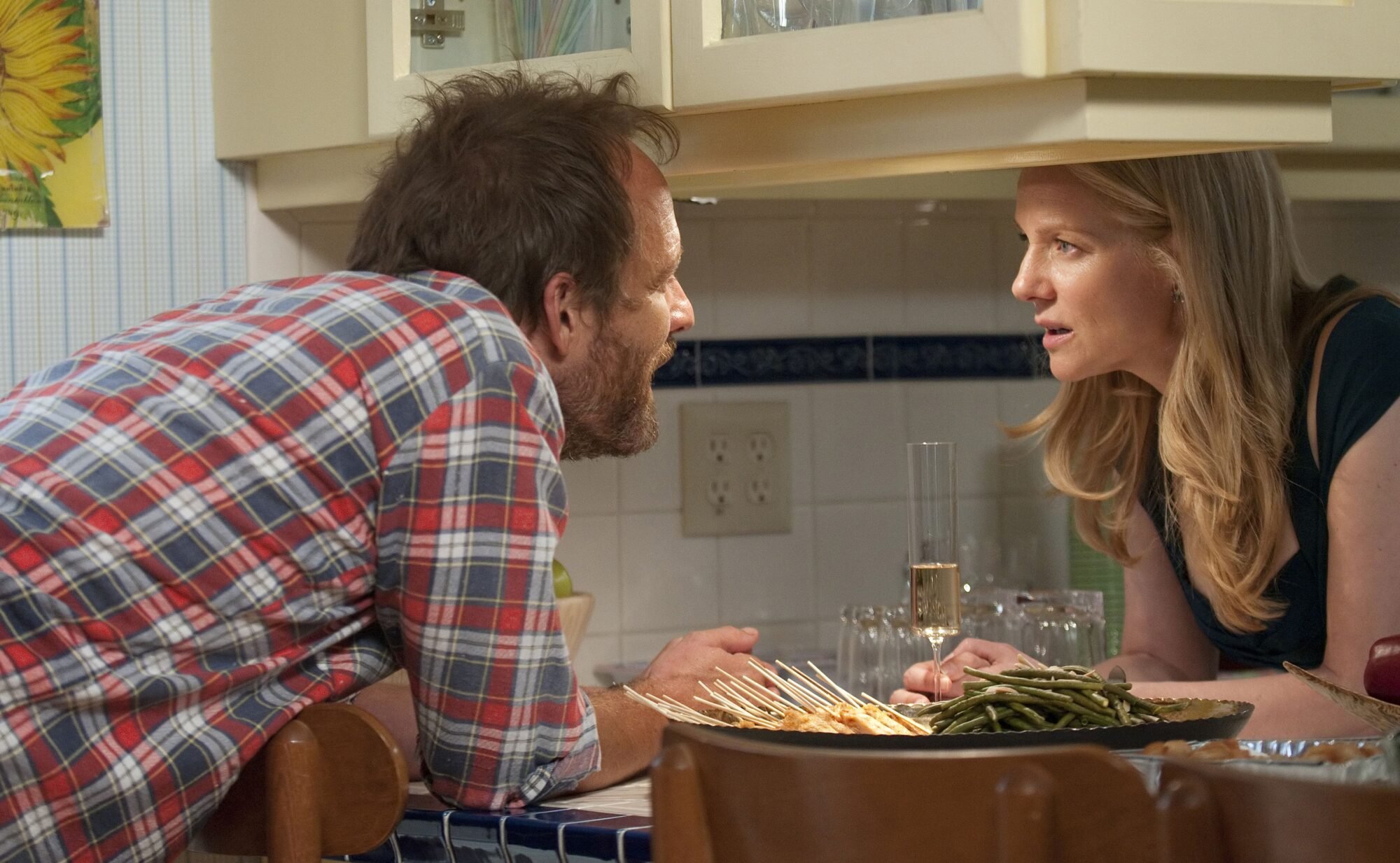 There’s a moment in Wes Anderson’s 2001 film The Royal Tenenbaums when Gene Hackman’s Royal Tenenbaum, who is faking cancer for the sympathy, is confronted by Henry, a soft-spoken suitor of Royal’s ex-wife played by Danny Glover. “I know what stomach cancer looks like,” Henry says. “I’ve seen it. And you don’t eat three cheeseburgers a day with french fries if you got it. The pain is excruciating.” This small scene shows the difference between the real and the fabricated, the difference between the over-simplified, romanticized Hollywood notion that disease is an opportunity to live one’s life to the fullest (a la The Bucket List) and the reality that it’s mostly about pain, bills, and facing the inevitable.

In The Big C, Showtime’s new half-hour dramedy, Laura Linney plays Catherine Jamison, a Minneapolis teacher who’s been told she has incurable skin cancer. The hunky doctor who delivers this news is indefinite about how long Jamison can expect to live; it’s more than three months, he tells her, and could be as long as three to five years, which sounds suspiciously like the possible length of a television series. What we do learn for sure, however, is that getting a diagnosis of untreatable cancer is both a surefire route to instant self-empowerment and all sorts of quirky fun.

Linney, who has been very good in some films (You Can Count on Me and Kinsey come to mind) and very bad in others (Love Actually, Mystic River) is at her worst here. She uses her clipped pronunciation and facial tics to project every emotion to the farthest possible row, a style of acting that obviously doesn’t work on television. After she gets the diagnosis and decides to not tell anyone, she kicks her husband (Oliver Platt) out of the house, starts bullying her spoiled teenage son (Gabriel Basso) with tough love, sunbathes naked in the backyard, flirts with her doctor, befriends the cranky old lady across the street, and takes on an overweight mouthy teen (Gabourey Sidibe) from her summer school class as a special project, offering to pay her $100 for every pound she loses.

All these various threads are played as broad comedy. Not that there’s anything necessarily wrong with a comedic take on cancer, but the writing (by show creator Darlene Hunt) isn’t particularly funny. The comedy might work better if it were situated within a realistic context; almost everything Jamison does rings false, as do the reactions of the people around her. After giving her husband the boot, she starts digging up the yard to install a pool, and all he does is moon around like a lovesick teenager, hoping to get back in her good graces. There’s nothing about their relationship that suggests the two have been married for 20-plus years. And Jamison herself is pretty one-note: We don’t see the fear, the depression, the disbelief, nor are we let in on the details of her diagnosis or her treatment options, all the minutiae that terminal patients face. Instead, all we get is indulgent self-absorption: I am cancerous, hear me roar.

Ultimately, at least in the first few episodes, cancer serves as a handy device to transform an uptight suburban woman into a free spirit, a fantasy figure that is free to burn the clothes that her son leaves lying around on the floor, or free to expose her breasts to her doctor and ask his opinion. There’s no doubt that an incurable disease is justification for a certain level of self-absorption, but the show takes its central conceit too the extreme. If viewers buy that Jamison has been unfairly imprisoned by her cushy middle-class life, that she’s wasted precious hours picking out color schemes for her Crate and Barrel furniture, then I suppose those same viewers will be moved by the sight of her intentionally pouring red wine all over her white couch.

The Big C airs immediately after Showtime’s hit series Weeds, and it’s clear that a similar demographic is being targeted. One of Weeds’s attractions was watching a suburban mom transform into a pot dealer, and feeling the vicarious thrill of her lawlessness. But Mary Louise Parker’s character was initially driven to that situation as a way to support her family. In The Big C, cancer is simply an excuse to sell the vicarious thrill of on-screen narcissism. If the show is successful, it will likely prompt the writers to keep Jamison alive long past her prognosis. This was probably the plan all along: They want to have their cancer and beat it too.