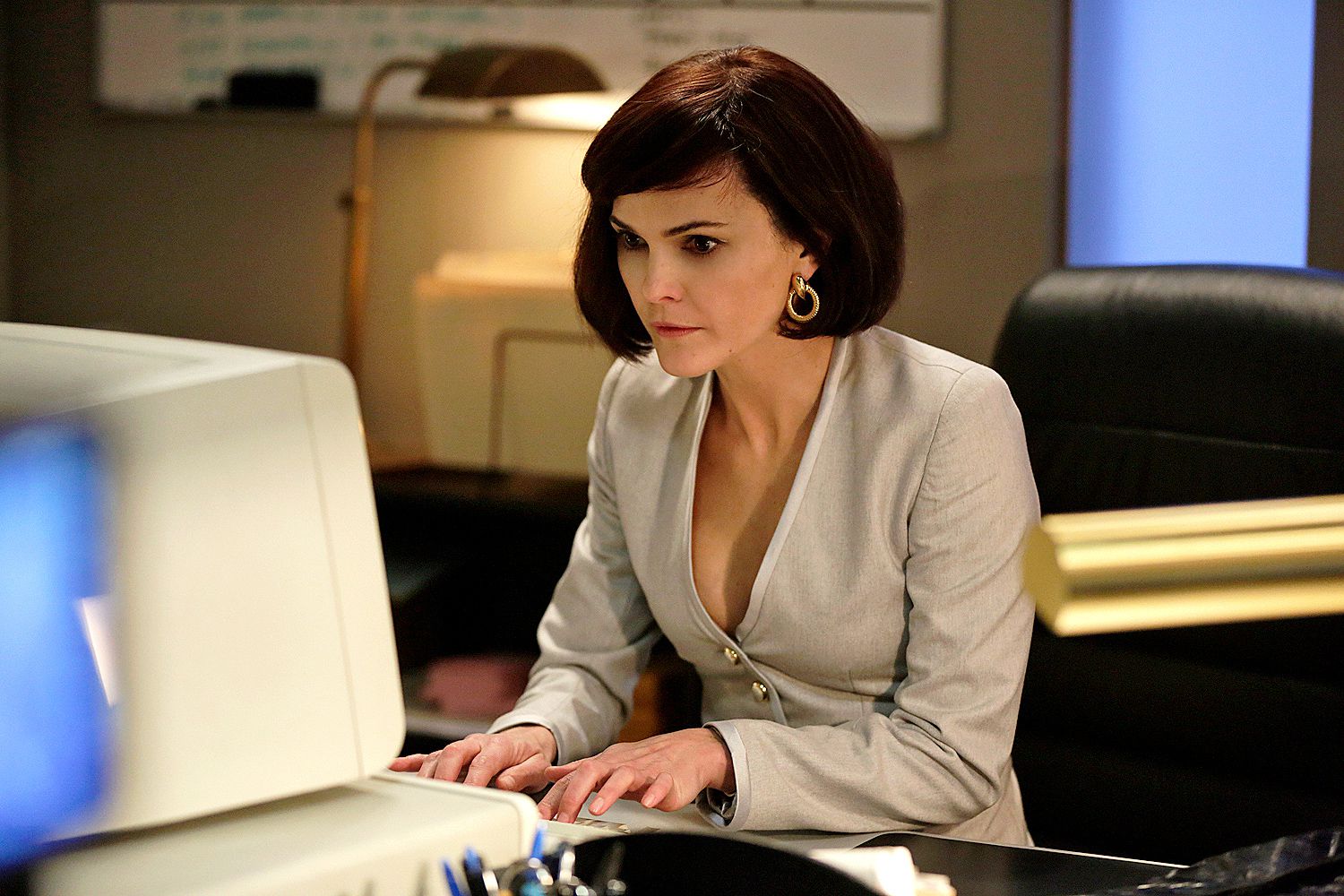 “Inducement.” That’s how the titular stealth technology expert (Michael Aronov) of “One Day in the Life of Anton Baklanov” describes the series of sex workers provided by his Soviet captors to new confidante Nina (Annet Mahendru), in a moment shaded by shame. It’s an apt term for the lures set out in tonight’s episode of The Americans, a subdued affair that suggests the calm before the storm. As the season enters the home stretch, “One Day in the Life” prepares the characters to reel in the big fish they’ve been tracking lately, yet never quite assuages the niggling feeling that these efforts will become a tangled mess.

As Nina continues to cultivate influence with Baklanov to secure her freedom, for instance, she seems increasingly sympathetic to his plight, particularly his longing to see his son. Yet the enigmatic asset, who’s crossed the proverbial Iron Curtain to save her skin more than once, uses her dewy eyes as a weapon, too, turning her apparent weakness into strength. Even when Baklanov discovers that she’s been rifling through his belongings, her whispered reassurance that she will not report the unsent letters he’s been writing quickly soothes him. Having earned, and betrayed, the trust of the former Soviet Rezident in Washington, her Belgian cellmate, and Stan (Noah Emmerich), Nina has transformed herself from a frightened underling into a canny manipulator, one of many characters on The Americans who elude suspicion by developing an air of innocence.

The same might be said of Martha (Alison Wright), mousy secretary no more. With encouragement from Philip (Matthew Rhys), posing as Clark, she learns to convey confidence by staring at the tip of an interlocutor’s nose, and her interview with the F.B.I.’s Walter Taffet (Jefferson Mays) features several close-ups of his face, a perspective that suggests Martha’s a quick study. What’s especially interesting about the scene, in light of the strategy Nina employs with Baklanov, is how Martha falls back on her natural, disarming openness, an unconscious choice, perhaps, but one that interferes with Taffet’s ability to read her. “I think I was more involved with him than he was with me,” she says of the late F.B.I. agent Chris Amador shortly before Taffet concludes the conversation. In an episode that cuts against the grain of this season’s sharp outbreaks of violence, it’s the soft power of women who’ve been underestimated that wins the day.

Of course, this approach carries risks, too, and Elizabeth (Keri Russell) soon finds herself ensnared with Neil (Bill Heck), the manager of the hotel where the KGB plans to intercept one of three Afghan mujahedeen meeting with the C.I.A.. Either his aggressive manner (“I want you wet”) unexpectedly turns her on, or she’s so skilled at pretending that she can respond to his entreaty on command, but in any case she doesn’t struggle, as Philip does, to “make it real,” as he said of espionage’s sexual element in “Salang Pass.” The encounter nonetheless seems to trouble her. She sits in the car for a moment after returning home later that night, even as the light in the garage flickers out, and the next time she meets Neil she rebuffs his advance—though not before making an impression of a hotel room key.

When she reassumes control near episode’s end, waking Philip for a little midnight nookie, his vacant, unengaged expression suggests some of the same gender dynamics at play between Nina and Baklanov or Martha and Taffet. Philip’s clearly pissy about her extracurricular activities, even though he’s spent most of this season fucking, or trying not to fuck, other women, and the double standard is telling: The soft power that the women of The Americans rely on here is inextricable from the men’s erroneous impression that women are necessarily more loyal, chaste, or weak, and Elizabeth, Nina, and Martha have all learned how to use this to their advantage. This may explain why Elizabeth is taken aback when Lisa (Karen Pittman), the Northrop Grumman employee, and her husband, Maurice (Thaddeus Daniels), offer information in exchange for money, for Maurice clearly has her pegged. “You’re the real head of this operation, aren’t you?” he asks, recognizing that Elizabeth isn’t as innocent as she seems.

Admittedly, Philip’s low libido may be as much a function of distraction as it is of anger, as he and Elizabeth deal with Paige (Holly Taylor) knowing their true identities and his relationship with Gabriel (Frank Langella) continues to sour. Fortunately, Henry (Keidrich Sellati) is too consumed with biology tests and Eddie Murphy impressions to notice the deafening silence that follows Paige’s barrage of questions in the opening scene, but while the danger of Paige reporting her parents seems to have passed, the relationship remains frayed. “How can I believe anything you say?” Paige says, after her mother describes her difficult childhood, and as the camera holds on Elizabeth’s stunned expression before the cut to black, The Americans keeps open the possibility that the damage will never be repaired.

It is, after all, Philip’s personal entanglements that lead to the most telling moment in “One Day in the Life,” the scene that suggests even the most wily manipulator may be baiting his own trap. After Gabriel denies his request that Elizabeth be allowed to return to the USSR to visit her dying mother, Philip raises his voice, describing the pain of sleeping with an agent for three years and then, in “Baggage,” breaking her bones to fit her in a suitcase. “You need to tell me something, Philip,” Gabriel replies. “Are you falling apart? Can you handle whatever might be coming next?”

As it happens, “lure” is a term in falconry as well as fishing, referring to the object the falconer swings above his or her head to induce the bird’s return. Like Gabriel’s question, this bit of trivia reminds me of Yeats’s poem “The Second Coming,” a premonition of approaching disaster that might describe tonight’s episode of The Americans, as all the plates Philip and Elizabeth have been spinning this season threaten to crash down upon them. “Turning and turning in the widening gyre,” Yeats writes:

The falcon cannot hear the falconer;
Things fall apart; the centre cannot hold;
Mere anarchy is loosed upon the world,
The blood-dimmed tide is loosed, and everywhere
The ceremony of innocence is drowned