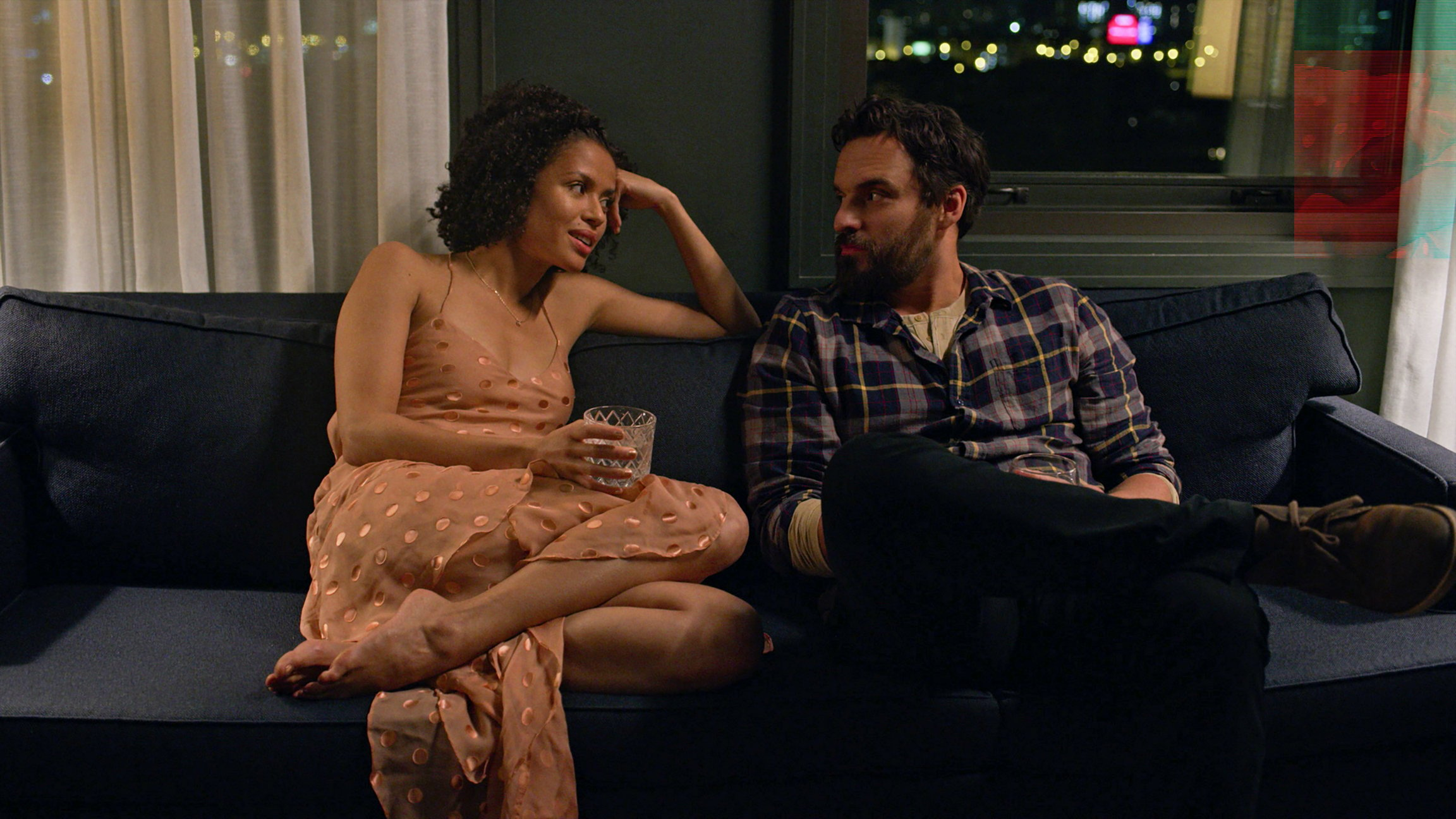 With Easy, Joe Swanberg utilizes an anthology series format to double down on the preoccupation that drives most of his films. Swanberg is obsessed with the transitory moments that occur in between big events in our lives, which he sees as the meat of existence. Set in his home city of Chicago, Easy mostly concerns the sort of people who are presumably in Swanberg’s own orbit: middle-class artists and intellectuals who are self-conscious and given to chewing over potential decisions in elaborate conversations with friends and lovers. Such conversations compose the bulk of the series, and episodes end when characters are about to finally act on the issue they’ve been debating. For Swanberg, inciting incidents are climaxes, expressions of the inner turmoil engulfing his characters.

The third season of Easy is reportedly its last, and there’s a subtle urgency to it. Swanberg revisits characters from the prior seasons, and they’re a little older and even more panicked with the passing of time, and the gradual slipping away of their lives, than before. And like the earlier seasons, this one is primarily concerned with loneliness and alienation as expressed through sex or a lack thereof, as well as the intersection between sex, money, and technology.

Swanberg continues to forge a variety of contexts in which money and authority, as expressions of power, confuse sex. In the first season, Kyle (Michael Chernus) and Andi (Elizabeth Reaser) decided to experiment with an open marriage, implicitly as a reaction to the emasculating difference in their incomes—Kyle is a stay-at-home dad writing a play while Andi earns quite a bit of money as an executive—which was bleeding over into the bedroom as a stale sex life. This season, Swanberg reveals that arrangement to have led to something of a role reversal, as Kyle is enjoying a series of encounters with a variety of attractive women, while Andi becomes obsessed with a former friend who’s in a monogamous marriage.

Skrap is a doer, and his “doing” limits him in a fashion that’s ironically similar to the self-pitying navel-gazing of the more prosperous and comfortable characters. He appears in the seventh episode of this season, at which point Easy suddenly adopts a lively and lurid tempo that’s reminiscent of Swanberg’s 2017 film Win It All. Swanberg appears to be testing himself, seeing if he can extend his portrait of communal uncertainty and repression to include characters of other emotional temperatures and socio-economic landscapes. And he can. Swanberg’s direction really swings in this episode—his camera swirling back and forth between Skrap’s volleying of slangy propositions to his compatriots and business associates as he attempts to make a dollar and climb out of the hole he’s dug for himself.

Skrap’s interlude with a stripper offers a physical catharsis for the season, which is largely concerned with talk of sex rather than the act itself. Swanberg achieves a tricky balance, maintaining an aura of the unspoken among extended confessional outpourings. Most of Easy’s characters are well-versed in pop psych, and Swanberg empathizes with their need for these clichés while maintaining a distance from them. Perpetually lonely Annie (Kate Micucci) experiments with the idea of being a “yes” person, saying yes to every date she’s asked on for 30 days, an endeavor that comes to seem as contrived and limiting as the timid tendencies she’s resisting. Malco is so eaten up with his career, and his feelings of persecution by women, that he’s missing a love story that might be opening up right in front of him, and so on.

In conventional dramas, confessions often solve problems, tidying up narrative issues and leaving us with a sense of closure. By contrast, when Swanberg’s characters confess to their loved ones, they often open up other vortexes of misunderstanding; he’s intensely attuned to the idea that we each live our own reality, especially in the realms of sex and romance, and that we’re each at the mercy of our demons, our private suspicions of inadequacy. These quandaries are dramatized with particular acuity in the narrative concerning Kyle and Andi, who are the backbone of the series, and who are accorded two of this season’s nine episodes. Throughout the three seasons, Swanberg has fashioned a fulsome examination of a married couple in bits and pieces that, in the moment, often seem unceremonious.

Kyle and Andi, who don’t have easily discernable and contrasting viewpoints, don’t fight the way most couples in movies and television shows do. Swanberg imparts the sense that these are decent-enough people who are totally lost, who will never find what they’re looking for, perhaps because the greatest illusion of our lives is the idea that we are protagonists who exist to actualize, well, a narrative. Kyle’s midlife sex fest loses its fantasy appeal, yet Kyle needs it, perhaps at the expense of his marriage. In a bravura conversation at a bar, which lasts roughly half of the season’s longest episode, Kyle and Andi talk exhaustingly in circles, puncturing illusions about themselves to ultimately little avail. It’s a mark of this narrative’s mystery that one can’t quite tell whether or not these two people are still in love.

Such a fractious, terrifying story of loneliness lived together complements Annie’s plight. She may be in danger of never finding “the one,” but in many ways she seems better off than Kyle and Andi. Swanberg illustrates the similar bonds shared by both, giving convincing voice to the idea that we’re all in the same boat. Yet this assertion is anything but soothing, suggesting an emotional non-exit. Swanberg’s characters are trapped in their personalities—their drives, desires, baggage, and individual ways of reading and imparting cues.

In Easy’s third season, Swanberg informs his shaggy mosaic concept with humanist fury. Swanberg is a poet not only of conversation, but of gestures; for all the talk in this season, it’s the physical moments, encapsulations of currents which words are inadequate to express, that truly haunt, illuminating the challenge and potential futility of communion.

When Drew (Jake Johnson) and Sophie (Gugu Mbatha-Raw), who separated when the latter moved to Los Angeles to pursue an acting career, are on the verge of reconciling in a hotel room, their body language casually expresses the pleasure, and the torment, of profound desire and familiarity. When an old fissure threatens the night’s pleasure, Drew moves backward a pace away from her, unmistakably changing the encounter’s tempo. Such swift revelations occur routinely throughout the season: When Kyle sleeps with women much fitter and younger than him, we’re allowed to feel his knowledge of this discrepancy, and when Annie goes on an awkward date, we can feel her retreating into herself.

There are several reconciliations in this season of Easy, resolving plot threads that were left hanging by the first two seasons, yet we’re always keyed into the tension, the work, of being with people, whether we’re sleeping with them, opening a business with them, or trying to keep a sibling relationship alive—work which pertains to accommodating our multiplicity of realities. Swanberg’s curt, hard, funny, poignant vignettes reveal the show’s title to be a perverse joke that’s believed by many of us, especially in youth. Life isn’t easy.

Review: In Season Two, Fleabag Remains Authentic in Its Messiness