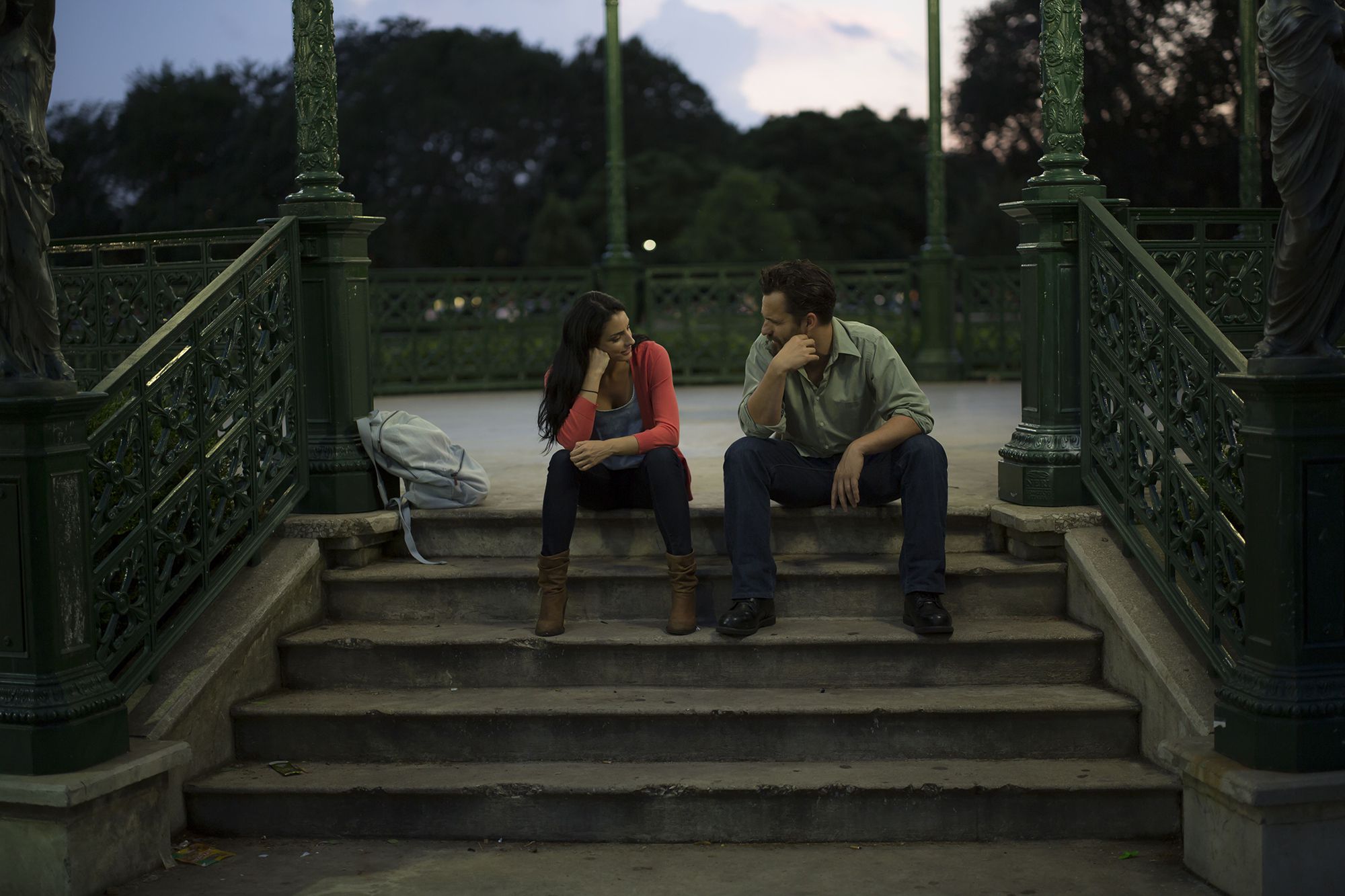 There’s an artisanal scruffiness to Win It All that testifies to Joe Swanberg’s quiet fluidity as a filmmaker. Early in his career, Swanberg’s films were aesthetically rough, reflecting their circumstances of origin and their creator’s level of experience. Then, somewhere around Drinking Buddies and 24 Exposures, Swanberg flowered as a formalist, utilizing long takes that map out the emotional architecture of his growing casts of characters. Now, the filmmaker is at a point in his career where he can go home again, so to speak, emulating the roughness of his early films but in a more painterly fashion. The result is the best of both worlds: a realist American texture that’s informed with an expressionism that’s distinctly Swanberg’s own. The filmmaker shows us the world of his characters and the way emotions shape said world all at once. Swanberg is reinventing the American comedy, connecting the genre explicitly to the country’s project of democracy.

Swanberg has become an unapologetically domestic filmmaker, as many of his recent narratives concern a home life that’s either imperiled or sought after, though he’s also aware of the individual sacrifices inherent to building a home, which, in Swanberg’s view, is but a molecule existing within his ideal of the country as a stable and forgiving place. In this context, it’s natural that he would eventually gravitate toward narratives concerned with addiction, which challenges trust and tolerance, threatening to tear down social structures. Win It All features another of Swanberg’s arrested-development cases, Eddie Garrett (Jake Johnson), a gambling addict who’s drunk on high risk, booze, and a schedule that allows him to operate apart from conventional nine-to-five society. Of course, these illusory freedoms have a steep price: perpetual debt, which begets perpetual danger, and loneliness.

Win It All understands addicts in a fashion that’s unusual for American cinema, and that owes an obvious debt to Robert Altman’s California Split. Both films capture the haughtiness of addicts, who utilize misplaced self-righteousness as an avenue for heading self-loathing off at the pass. Johnson informs Eddie with a subtle prickliness that’s only relieved when he’s drunk or betting horses or playing cards in his favorite casino—in other words, when he’s home or in the only home he thinks he deserves. Before he meets Eva (Aislinn Derbez), it’s evident that Eddie doesn’t have anything going on romantically, which is another truth about addicts that Swanberg doesn’t cheapen or melodramatize by foregrounding. The texture is simply there in the film’s fabric. And so Eva offers a profound relief to Eddie, matter of factually, without the film going soft or sentimental in the process.

This gambling narrative benefits greatly from what might be called the “Swanberg gaze.” The filmmaker doesn’t make movies about villains, as almost all of his characters are essentially decent people, particularly those at the sidelines of the narrative who attempt to steer the protagonists away from the latter’s self-annihilating tendencies. The “gaze” describes how supporting characters regard the heroes of the films: with a benevolence that’s almost religious in purity, opening up often famous actors and allowing them to channel bracingly new and irony-free tonalities. This look might scan as absurdly sanctimonious if it wasn’t grounded in the aforementioned scruffy aesthetic, which emphasizes the seediness of bars, the rough-and-tumble elements of a house full of children, or the exhilarating multicultural community of hubs such as restaurants and parks. And this “gaze” informs Win It All’s addiction narrative with a visceral, low-humming suspense, as Eddie’s surrounded by an enviable infrastructure with wonderful people and opportunities, and so we’re desperate for him not to fuck everything up.

Win It All is rich in poignant moments that drift by almost below our perception, such as when Eddie’s sister-in-law, Kris (Kris Swanberg), shows Ava her tomato garden as Eddie and his brother, Ron (Joe Lo Truglio), talk in the background. Or when Ava takes Eddie dancing, introducing him to a world and life that were previously beyond his imagination, or when Ava and Eddie’s respective friends first mingle, with Swanberg contrasting how each pairing meshes together. The film doesn’t have the meta ambitions and gamesmanship of Easy, Swanberg’s often brilliant Netflix series, but it’s a rich and warm character study that concludes with one of the most moving images of his career so far: of a new home, almost lost, that has managed to blossom.