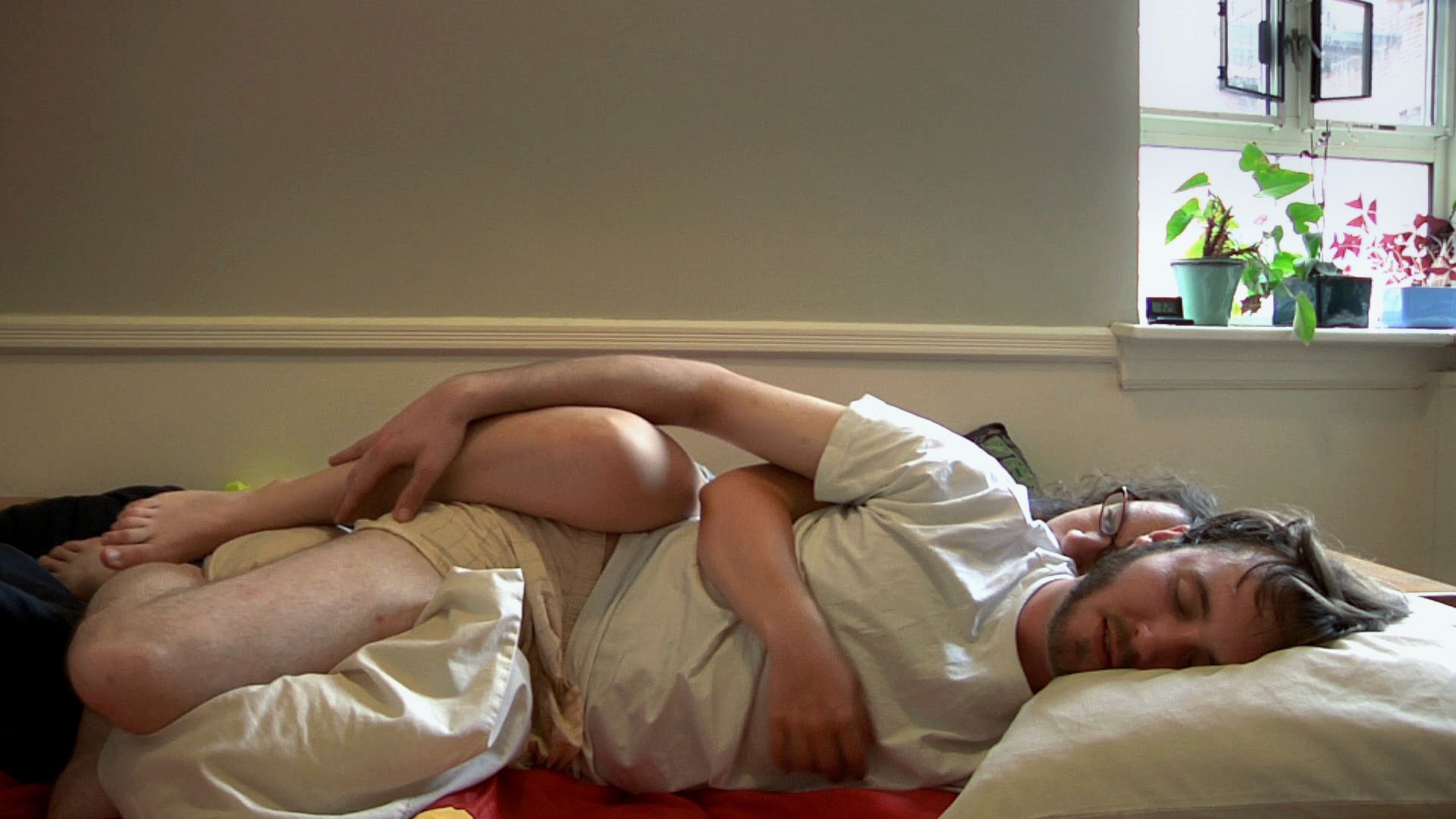 Joanna Arnow’s i hate myself : ) begins on the steps of the filmmaker’s parents’ home. Mother and father are sitting together, looking slightly nervous about being filmed for this documentary, of which they know little about. The sight could be straight out of any home video, especially as the couple dips into an auto-response about wanting Joanna to be happy and subsequently shares their enthusiasm over her decision to explore her creative side. Near the film’s end, their take and tone have dramatically shifted. Furious over the content of certain scenes from the filmed documentary, Joanna’s mother exclaims: “This is your personal life. It’s not something you film!” In one line, Arnow captures the inherent conflict both between her parents and herself and the still urgent debate over what counts as something worthy of being not just filmed, but exhibited for anonymous audiences.

In fact, Arnow’s mother’s grief can be traced to a fear that others will see what the filmmaker has produced. “It’s difficult to watch,” Arnow offers as a blanket critique. No one knows this better than she does, as her decision to document her relationship with James Kepple, an obnoxious comedian-cum-poet who drinks to the point of blackout during every performance, becomes a great source of heartache as the relationship begins to deteriorate. However, more imperative than the relationship itself is Arnow’s continual (re)shaping of her documentary, which she screens for participants in rough cuts throughout. Accordingly, i hate myself : ) is as much about the endemic solipsism of making a film as it is the more explicit subject matter.

In this case, self-absorption is a critical tool used to deconstruct the sentimentalizing impulse that often informs personal documentary. After all, there’s nothing particularly striking about either James or Joanna in terms of narrative interest. A typical exchange from their relationship occurs early on as James, who’s making dinner next to nearly 10 empty beer bottles, refers to Joanna as “babe.” She protests, saying the term is condescending, to which James offers no defense other than a shrug and a poorly concealed smirk. In a similarly unproductive discussion outside a café, James argues with another man about whether or not Barack Obama should be recognized as a black man. James incoherently argues that, because Obama grew up around mostly white people and is himself only “half black,” the designation is dubious.

James is a vexing and even intolerable presence throughout the documentary, especially in his stage act where he reads the poetry of Langston Hughes in a mocking tone and advocates a unification between blacks and whites that would be more cognizant of class, albeit while saying the n-word repeatedly to the chagrin of an open mic night’s mostly black audience. Arnow’s camera feels like an intruder in these moments because of its proximity to what seems like James’s probable madness. If the scene is uncomfortable, as many onlookers themselves say, it’s also part of the filmmaker’s insistence that anything that could be deemed as such must be documented.

Few documentarians give themselves to their work as literally as Arnow, who includes a scene of unsimulated sex between her and James in the finished film. When she screens i hate myself : ) for him, he shakes his head at the scene’s inclusion. She merely responds: “It’s important.” In effect, the scene helps to tease out the filmmaker’s fundamental interest in markers of illegitimacy, especially as it pertains to crossing an invisible line from artisan to pornographer in more conservative eyes.

The film’s funniest moment occurs when Arnow, who’s screening a rough cut of the doc for her parents, gently warns them: “There’s a sex scene coming up with me in it.” It is, of course, at this precise moment that her parents flee the screening room. Moments later, after her mother has had a chance to reflect, she tells Arnow that she’s happy to see her exploring her fears and desires. Whether this is a return to her platitudinous responses of the opening or a genuine statement of encouragement isn’t clear. Either way, it’s indicative of Arnow’s ability to demonstrate how love, in various forms, vacillates between ugliness and beauty and often with difficulty in distinguishing which is which.

Review: Win It All

Review: Ghost in the Shell