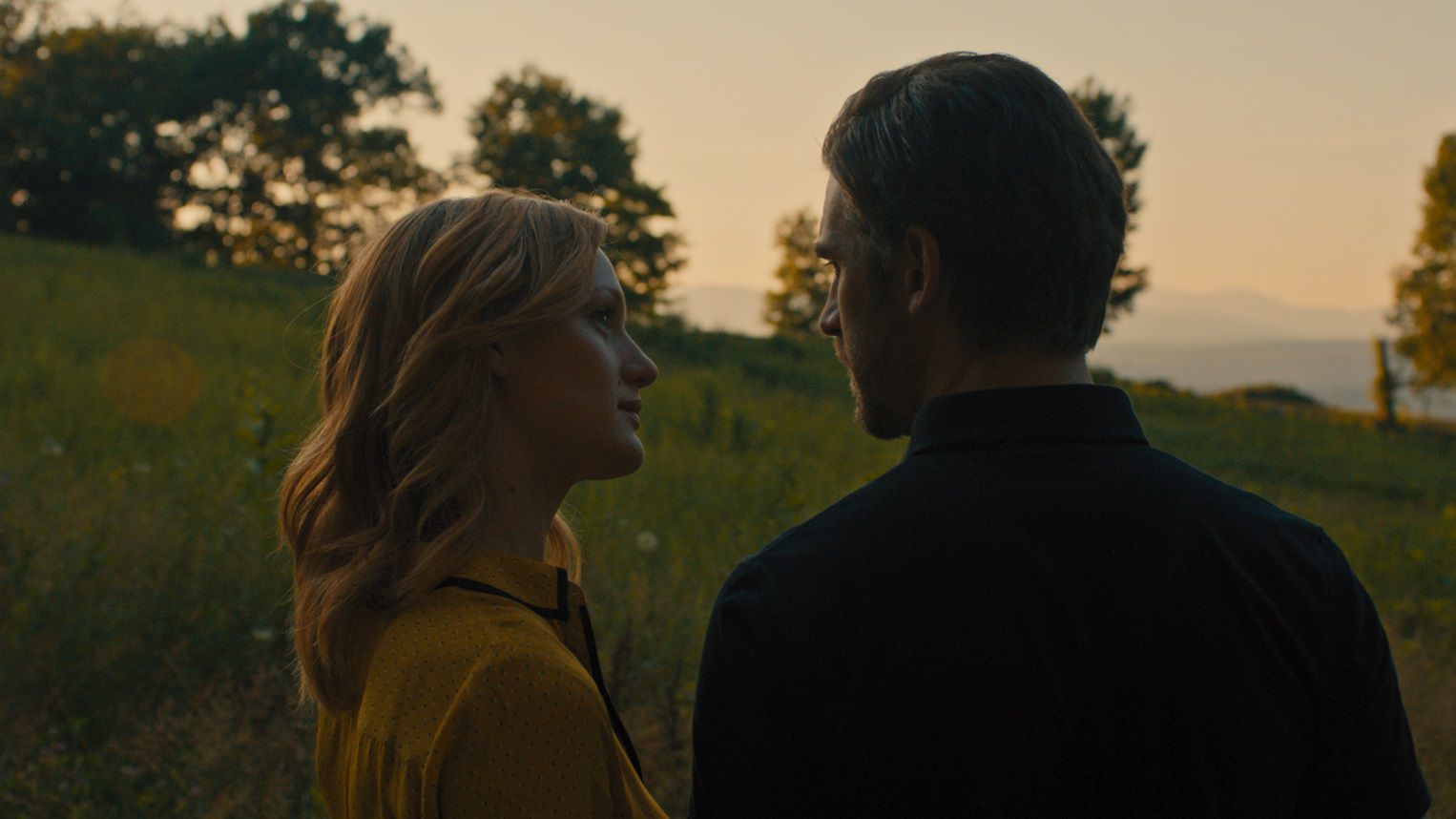 Ido Fluk’s The Ticket imagines the gift of sight as a key which unlocks the monstrous id of a blind man, permitting his unsettling transformation into a sadistic narcissist. Taking a premise that would typically lend itself to heartwarming pablum and reconfiguring it into a darkly comic and tragic tale of unbridled vanity and arrogance is an intriguing concept, but the film ultimately wastes its unique approach to sensorial experience by remaining, like its protagonist, overly attentive to surface details.

At the start of The Ticket, James (Dan Stevens) gains back the vision he lost as a child when the pituitary tumor causing his blindness miraculously shrinks and he begins to see the world anew, literally and figuratively. His once safe and comfortable job as a cold caller for a real estate firm now feels restrictive and he slowly begins sensing the jealousy of his blind friend and co-worker, Bob (Oliver Platt), and the pity that led his wife, Sam (Malin Akerman), to marry him in the first place. Stevens sensitively grounds the film in a realism that renders the one-dimensional aspects of James’s metamorphosis more palatable, but the character’s progression becomes so overly telegraphed in his increasing yearnings for superficial pleasures that it weakens the emotional resonance of his inevitable comeuppance.

As the newly confident James begins an affair with a co-worker, Jessica (Kerry Bishé), and Sam leans more on Bob for emotional support, The Ticket builds a subtle yet palpable tension as James, Sam, and Bob stumble to navigate the new power balance that emerges between them. But rather than further probe the psychological motivations for these three characters’ behaviors, Fluk repeatedly returns his focus to the more simplistic development of James’s increasingly icy, calculating persona as he becomes more ruthless in his personal life and in his obsessive climb up the corporate ladder. As it progresses, The Ticket steadily devolves from a unique character study to a blunt morality tale with a protagonist sliding uncontrollably toward caricature.

By the time James begins going to churches to give lectures about debt management, a plan he came up with to help his company take advantage of people who are “upside down” on their mortgages, he’s well on his way to becoming a virtual amalgamation of every sleazy, douchebag salesman in cinematic history. He begins each lecture with a joke about a man who prays to God for 50 years, asking to win the lottery—and he never does, because, as God says, the man never bothered to buy a ticket. The joke embodies James’s transformation into seize-the-day alpha-male-dom, but The Ticket’s retort to his single-minded pursuit of a life less ordinary is as equally pat as the self-help fable James serves up to the desperate suckers who seek his help.

Ironically, as James’s focus shifts away from his loved ones and toward the hollow, transient rewards of a loveless affair and the power-tripping inherent in bamboozling his clients, The Ticket also abandons the potentially complex web of drama it initially sets up and moves toward a limp, shallow critique of superficiality itself. The sense of grandiosity with which it delivers this banal creed makes it all the more disappointing that it never pierces through its slickly shot surface to the deeper emotional turmoil left bubbling beneath.

Review: Win It All