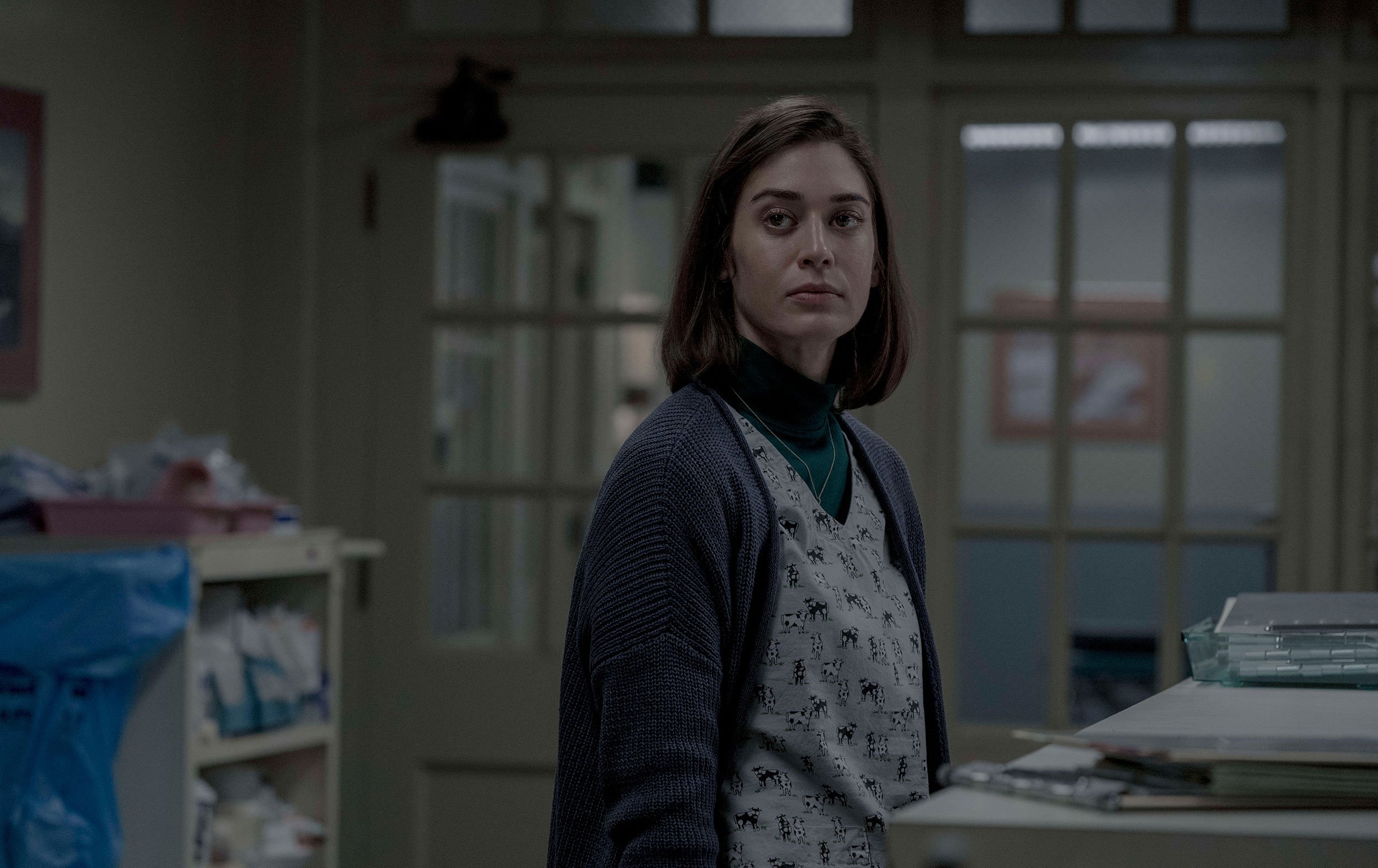 The first season of Castle Rock was essentially a basket of Easter eggs. With an assortment of peripheral Stephen King characters and locations, Hulu’s horror anthology series revolved around an entirely original but ultimately uninspired plot. The second season dives more visibly into the King universe, sending one of the author’s most famous characters, Misery’s murderously obsessive nurse Annie Wilkes (Lizzy Caplan), on a collision course with another King staple: the undead-inhabited town of Jerusalem’s Lot. Employing these more famous King touchstones, however, hasn’t narrowed the show’s focus so much as it’s left it feeling scattered and unmoored.

At the start of the season, Annie drifts from town to town with her teenage daughter, Joy (Elsie Fisher). She works as a nurse long enough in each town to gain access to its hospital’s array of anti-psychotics in order to continue self-medicating, at which point she and Joy hit the road, swapping out license plates as they drive across the country. A late-night car crash strands them in Castle Rock, Maine, where their skeezy landlord, Ace Merrill (Paul Sparks), clashes with his adopted brother, Abdi Omar (Barkhad Abdi), over business with the local community of Somali immigrants. There’s clearly meant to be some social commentary here about racism and even, to some extent, the opioid epidemic, but even after the five episodes made available to critics, the season has yet to really dig into these thorny topics.

Castle Rock uses neighboring town Jerusalem’s Lot and its witchy history for a new set of mysterious resurrections. But compared to the first season’s supernatural hook, there’s a much stronger focus on family drama here that spreads the story thin across so many characters; the series struggles to cover not only Annie and Joy settling into town, but the bad blood between Ace and Abdi. Ace and his biological brother, Chris (Matthew Alan), are the nephews of the unscrupulous, hard-nosed, but fair “Pop” Merrill (Tim Robbins, who unearths an intense weariness in the role). Out of a desire to make amends for his military service and no small amount of white guilt, Pop fostered both Abdi and his sister, Nadia (Yusra Warsama), who’s the head doctor at the hospital where Annie now works. It’s a tangled web, but the drama never boils to a degree that explains the eventual violent escalation. A shot of a younger, jealous Ace and some snippets of a right-wing radio program are an unsatisfying shorthand for his decision to start lobbing Molotov cocktails at his adopted brother’s house.

The most engaging drama here is actually the one with the lowest, most ordinary stakes, in Joy reaching the age where she’s grown restless under her mother’s wing. She starts to seek out friends her own age, but Annie is, as one might imagine, not an easy person to leave behind. The first season tackled dementia with surprising sensitivity, and there’s a similar undercurrent of palpable pain to watching Joy struggle with the mental illness of a loved one, sorting out what’s best for herself even when she loves and cares for her mother.

Unfortunately, Annie isn’t nearly so easy to empathize with as Joy. She’s such an outsized presence, with her torrent of childish pet names and G-rated curses delivered in an odd folksy accent, that it’s difficult to view her as anything but a caricature. Originally conceived as a strange Other in Misery, Annie has been thrust into the role of protagonist with few apparent changes beyond her dedication as a mother, which nevertheless has its roots in her obsessive tendencies. It seems telling that, in a mid-season flashback episode meant to make young Annie more of a sympathetic character, her conspicuous tics are significantly dialed down.

There’s little apparent benefit to how Castle Rock’s second season foregrounds its interpersonal relationships. Deemphasizing a strong supernatural mystery leaves only a cast of characters that alternates between the dull and the exaggerated. Opting for more recognizable, overt King references hasn’t enriched the show’s storytelling so much as clarified the gap between the author’s best work and this TV imitation.

Review: His Dark Materials Is a Coming-of-Age Tale Dressed in Retro-Futuristic Garb