Right out the gate, the stakes are high in the second season of HBO’s Barry, which begins with Barry (Bill Hader) desperate to maintain normalcy after having murdered Paula Newsome’s Detective Moss in last season’s finale. As soon as police begin to suspect Barry’s involvement in the crime, the new season settles into a propulsive narrative that, similar to the first season, unfolds as a comedy of errors. And while the new episodes maintain the show’s satiric view of self-interested Hollywood types, a poignant theme emerges which represents an evolution for the series. As an introspective Barry takes inventory of his past misdeeds, the show’s storylines cohere around the reflexive lies people tell themselves, and the myriad factors which comprise the masks they present to the world.

Barry’s world is in flux as he attempts to avoid the police, dodge the Chechen mob, and abstain from violence. He even offers to train soldiers for the Chechen mob’s new leader, Noho Hank (Anthony Carrigan), rather than carry out another hit himself. The conceit leads to a scene that derives much humor from the Chechen trainees’ ineptitude at shooting, and while similar comedy abounds in Barry’s attempts to extricate himself from the crime world, the series is ultimately more interested in why Barry is so desperate for change. Though in the first season the character strove to mimic the people whom he viewed as good, this season finds him grappling with, and motivated by, the idea that he’s inherently evil.

In one of the new season’s central storylines, Barry must craft a one-man performance based on his first kill in Afghanistan as a member of the Marine Corps. While he resolves to portray the event as a moral reckoning, flashbacks reveal that it was actually one of the happiest moments of his life—a fact which places an upsettingly irreconcilable paradox at the heart of Barry. In an inspired bit of absurdism, the series underlines the extent of the man’s denial when his acting coach, Gene (Henry Winkler), appears in one of Barry’s war flashbacks, offering notes on his student’s recollection. Hilariously, the other soldiers in the flashback chime in as well—a chorus chiding Barry for his attempt to whitewash reality.

Such surreal flourishes lace the show’s new season, conveying in exacting but moving fashion how Barry’s trauma has caused him to live in a fugue state. But the show’s dark comedy is still largely derived from stark juxtapositions of violence and humor. When Barry finds himself in a shootout with a Burmese gang disguised as monks, the incongruity of the gang’s costumes adds a dash of farce to the proceedings. And when Barry declines a job offer from the bald and tattooed Hank, the spurned mobster asks in his characteristically fragmented English, “What do you want me to do, walk into John Wick assassin hotel with ‘Help Wanted’ sign?”

While the series portrays its underworld as the province of bumbling and affable lords, its directors frame violence with a matter-of-fact sensibility, emphasizing the yawning gap between whimsy and outright danger in Barry’s world. When Barry flees a shootout in the season’s second episode, director Hiro Murai embeds his camera in the car alongside Barry, eschewing adrenalized, eye-catching flourishes in favor of stark naturalism. Relatively peaceful moments pass before the first bullets come, and then, without fanfare, they arrive in a hail. The effect is startling and gripping. The discord in Barry’s life similarly informs the way Barry captures Los Angeles, with wide shots that juxtapose the city’s beckoning blue sky and towering palm trees with the generic, nondescript buildings that ensconce Barry. In such moments, the gap between his reality and his ambitions is rendered literal.

As Barry reaches for and clings to a sense of normalcy, Hader portrays the character with a mixture of fear and shame. During one monologue, in which Barry’s girlfriend, Sally (Sarah Goldberg), triumphantly declares that she’ll never date another violent man, the camera lingers poignantly on Barry’s quietly downcast reaction. The crux of this season isn’t whether Barry can find happiness from acting, or whether he’ll outsmart the cops, but whether he’s inherently broken and capable of repair. As he strives to bridge the gap between the person he is and the one he wants to be, the show’s central source of pathos is his (and our) dawning understanding that it may not be possible, and that he may not even deserve it. 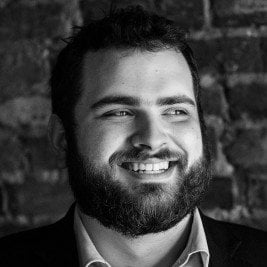 Watch: Hold on to Your Obsessions with the Final Trailer for Season Two of Killing Eve