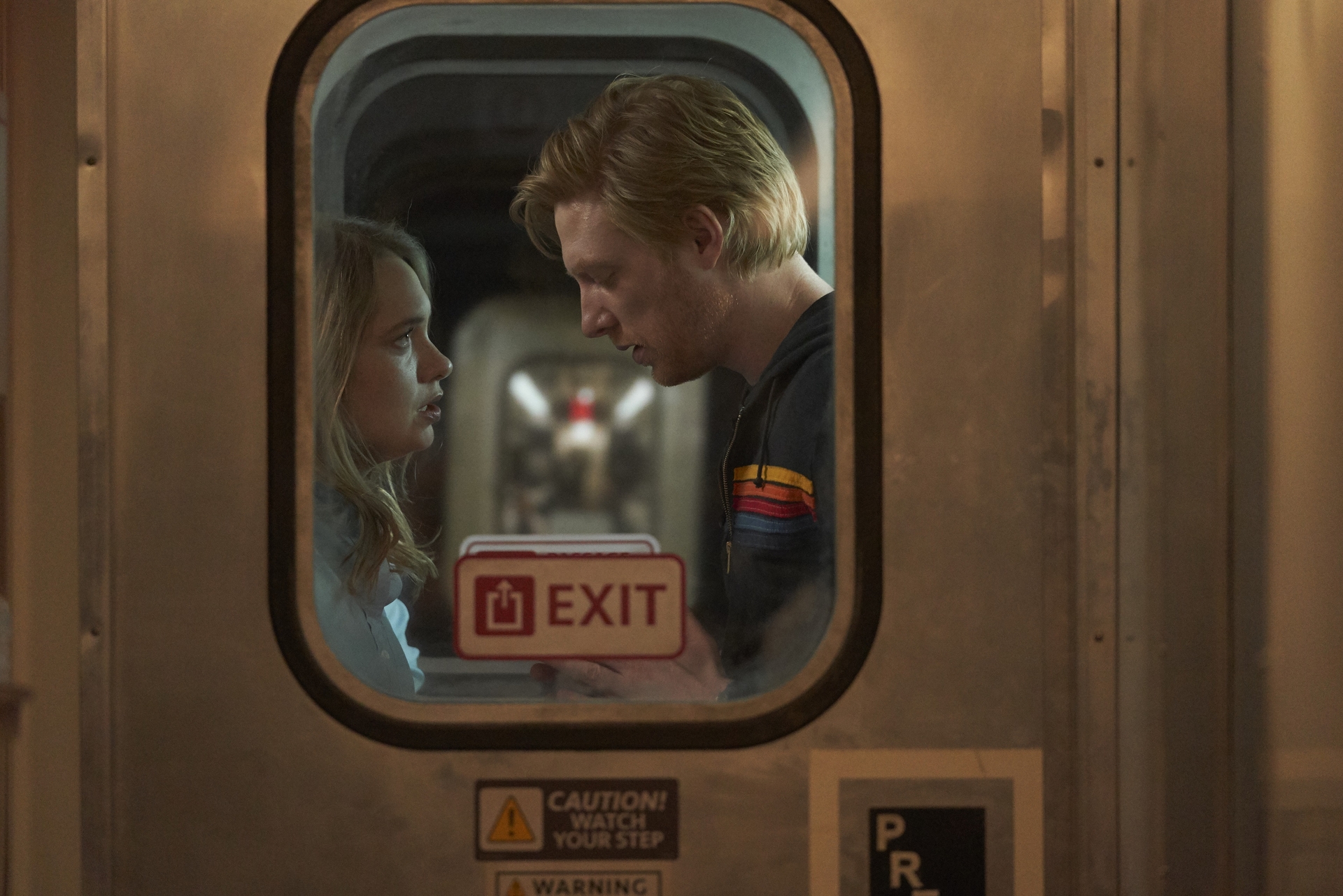 Ruby (Merritt Wever) once made a pact with her ex-boyfriend, Billy (Domhnall Gleeson): If both text the word “RUN” to each other within a certain period of time, they will drop everything and travel together across America for one week, after which they must decide if they want to part ways for good. Commencing right after they exchange that fateful texts 17 years after college, HBO’s Run plays like a consciously frazzled version of Before Sunset. Like that film, Run depicts romance as messy and complicated, especially on such short notice: Not only is Ruby in a parking lot when she receives Billy’s text, prompting her to open the door of her minivan and hit an adjacent vehicle, but she’s also married.

Once reunited, Ruby and Billy fall easily into flirty old habits, but the series keeps an intriguing focus on the tension and awkwardness of their situation. “Who does this?” Ruby says aloud at one point, in disbelief of their impulsive behavior. They’re desperate to get away from their humdrum lives, and they’re doing their best to make a good impression on each other while gingerly broaching the potential for sex, which leads to one of Run’s most amusing scenes: the pair flailing around in a private train compartment, accidentally turning on sinks and bumping against the top bunk in the heat of the moment. Full of fraught, longing looks and palpable chemistry, the start of the series sweeps us up right alongside the characters, who rediscover one another while dancing around the developments of the intervening years.

But the long-form storytelling obligations of a TV series soon overwhelm this simple but compelling premise: Billy has larger problems than he initially lets on, and those reveals trickle out in piecemeal fashion alongside his former assistant Fiona’s (Archie Panjabi) determined attempts to halt his escapade. There’s a sense that the series doesn’t quite trust itself to subsist merely on the lower-stakes drama of Ruby and Billy running away together. Run’s tone abruptly shifts after the first two episodes, with the introduction of more urgent, suspenseful elements like Billy inexplicably fighting to keep the sizable contents of his bank account away from Fiona. Much of the interpersonal humor gives way to wackier situations meant to heighten both the stakes and the characters’ reactions, but the results are too broadly comedic while nudging the characters to new heights of self-absorption.

Many of the sillier comic situations simply involve being shitty to wage workers, but Run also tosses off issues about the morality of Billy’s self-help business with little mind for their seriousness. Though the series certainly isn’t blind to Ruby and Billy’s rather pronounced sense of entitlement, the chaos piling up in their wake becomes far less endearing than it’s seemingly meant to be. Ruby and Billy’s actions make them harder and harder to root for, and Run becomes unable to sustain itself beyond the initial thrill of their reunion.

Review: Tales from the Loop Explores the Complexities of Human Connection

Review: In The Virtues, Transience Is a Path to Personal Redemption