Among the centerpieces of Netflix’s Chambers is the terrain of the American Southwest. Featuring wide shots of desert topography, blue-pink sunrise horizons, and cracks of lightning in the gray distance, the series is set in Arizona but was actually shot in neighboring New Mexico. It’s thus built on a doppelgänger of a landscape, a fitting geography given its premise: After high-schooler Sasha Yazzie (Sivan Alyra Rose) undergoes a heart transplant, she gradually absorbs the memories, traumas, and impulses of her organ donor, Becky Lefevre (Lilliya Scarlett Reid), until the line separating the two teens vanishes.

As Becky exerts increasing control over Sasha’s body, thoughts, and dreams, Sasha ropes her best friend, Yvonne (Kyanna Simone Simpson), into an investigation of Becky’s supposedly accidental death. Their sleuthing initially targets Nancy and Ben Lefevre (Uma Thurman and Tony Goldwyn), Becky’s wealthy and creepy parents. Meanwhile, Big Frank (Marcus LaVoi), Sasha’s uncle and sole guardian, doubts that anything otherworldly is afoot. Skeptical of the supernatural but worried about Sasha’s apparent hallucinations, he seeks aid from doctors instead of the spiritual healers in the Navajo community from which he has distanced himself and his niece. But medicine doesn’t help Sasha, and she’s too far removed from her tribe to consider turning to it for guidance, so she keeps digging into the Lefevre family’s secrets.

Beyond suspicious deaths and ghostly doubles, Chambers is waist-deep in the tropes and fixations of so many horror films and TV shows: stalkers; demonic possession; the linking of sex with hellish fates; a wise old man; an arguably wiser, inarguably more disturbing old woman; and so on. Photos of Becky regularly worm their way into scenes, and you can feel the series straining to conjure its own Laura Palmer. This speaks to the predominant problem with Chambers: It only rarely assumes a form greater than its individual elements and references. There are moments late in the season that demonstrate the kind of gravitational pull that good horror can generate, but for the most part, the series claws at its inspirations, making confused and superficial gestures toward the works it imitates.

The show’s messiness is on full display in its wildly inconsistent characterizations of Nancy, Ben, and their son, Elliott (Nicholas Galitzine), all of whom are suspects in Becky’s death. Chambers aims to create mystery and suspense, of course, but it feels gratuitously manipulative to give selective glimpses of characters that paint them a certain way prior to a big reveal, only to offer vastly more fleshed-out depictions later. It’s not a sin of which Chambers is uniquely guilty, nor is it especially damning. But combined with the fact that emotional climaxes and important character developments are frequently rushed or too easily achieved, it diminishes the payoff. Instead of amplifying momentum and adding thoughtful layers to the narrative, the season’s various revelations undercut what came before them.

Chambers is often more graceful in its depiction of interpersonal drama. As Nancy, Thurman exquisitely vacillates between unsettling and heartbreaking. Rose, too, impresses with her measured depiction of Sasha. Almost everything involving Yvonne, a computer prodigy who cares for her dementia-struck mother, is poignant, funny, or both. “I’m glad you have my back,” Sasha tells Yvonne at one point, to which Yvonne replies, “Front, back, both sides, and the middle, girl.” And when Sasha’s boyfriend, TJ (Griffin Powell-Arcand), consults a medicine man about her plight, the scene lends real depth to the two characters’ releationship.

It’s worth noting, particularly in the context of novelty, the show’s focus on the experiences of indigenous and black people. It’s remarkably satisfying to watch a series in which every single white character must actively earn the audience’s trust—as opposed to its non-white characters, who receive the benefit of the doubt that whiteness usually affords. Unfortunately, Chambers’s fresh perspective and more organic moments serve to amplify the contrasting artificiality of much of the dialogue, as well as how rote the horror is.

By the end of the season, many questions remain unanswered—and the writers deserve credit for refusing to tie too neat a bow on everything. But the conclusion ends up over-explaining some things and under-explaining others, leaving the show’s unsettled dust to read as less intentional than haphazard. The medicine man, when speaking about Sasha, tells TJ that there’s “somethin’ bad there. Really out of balance, but…it’s not from here. I don’t think our medicine can take care of all of it.” He may as well be diagnosing Chambers itself: admitting to its unevenness, surrendering to the not-from-here ghost trapped between the show’s bones. 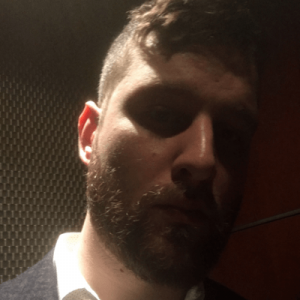 Game of Thrones Recap: Season 8, Episode 2, “A Knight of the Seven Kingdoms”