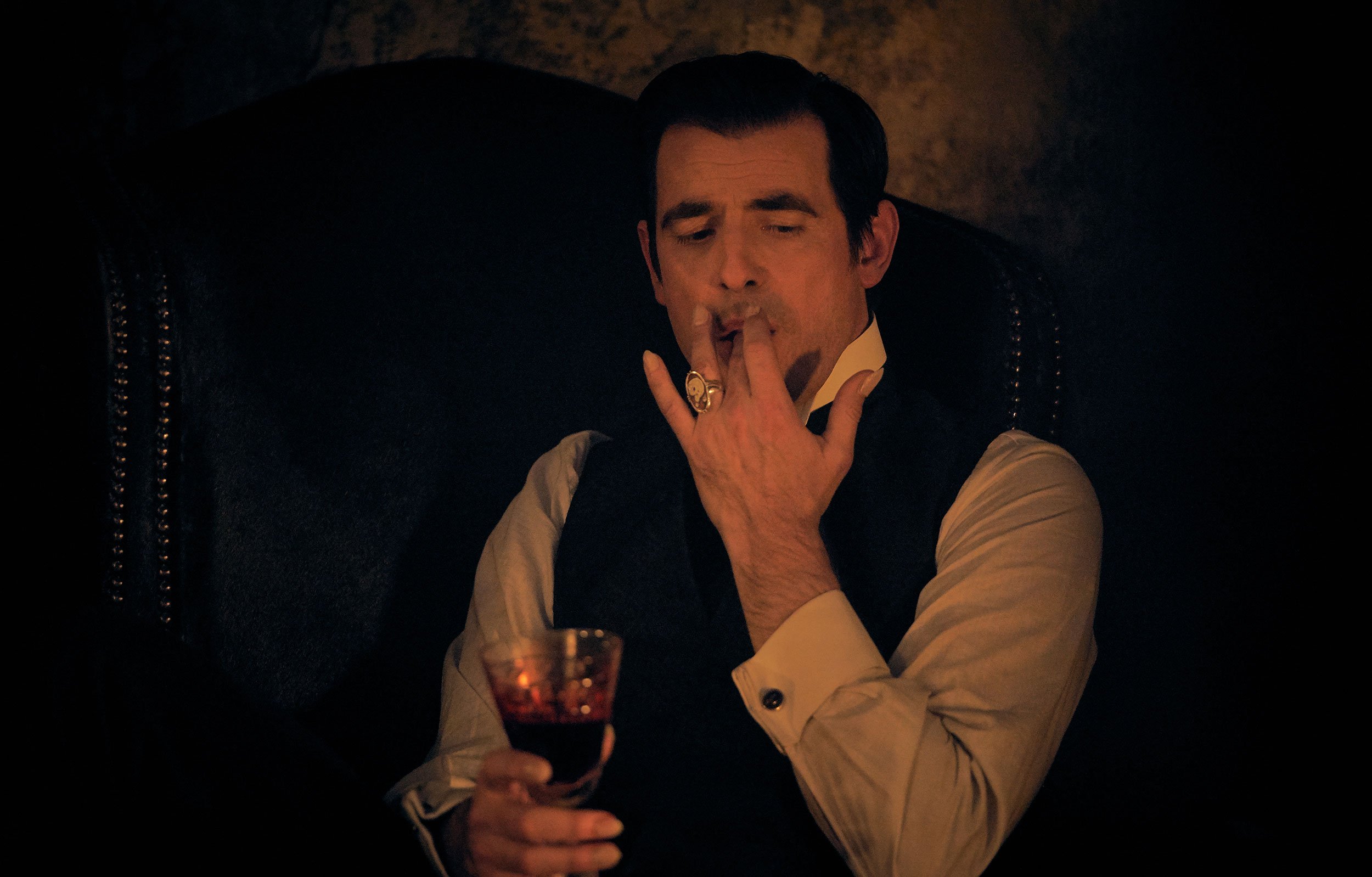 The first episode of BBC One and Netflix’s Dracula finds sickly Jonathan Harker (John Hefferman) interred at a convent. Gesturing toward the pile of pages in front of her, the chipper, irreverent Sister Agatha (Dolly Wells) says that Jonathan’s account of his imprisonment in Dracula’s (Claes Bang) castle may have left out some relevant information. Then she asks him if he had sex with the vampire. With this, Sherlock creators Mark Gatiss and Steven Moffat announce their intent to push the expected boundaries of Bram Stoker’s oft-adapted novel by bringing a lot of the subtext to the forefront. But the bizarrely passionless scenes that ultimately follow in no way match those performative declarations.

It’s not that Bang’s hammy Dracula fails to do suggestive things throughout the entirety of the 90-minute episode made available to press. It’s that when he hovers over Jonathan and tries to get him to write a letter with a pen that they’re both holding, there’s no palpable sexual tension. The actors’ rigid body language seems fundamentally at odds with the proceedings, though that impression may stem from the cinematography. Indeed, the characters are constantly framed from unflattering angles or cut off from one another altogether, and despite being far more vocal about the subtext of Stoker’s novel than almost any adaptation before it, the series isn’t half as provocative as something like Bryan Fuller’s Hannibal.

Whether he’s sharing space with Jonathan or even Sister Agatha, Bang’s handsome, domineering Dracula radiates no lust or desire. When the vampire calls his guest things like “Johnny” or his “bride,” the pronounced eroticism feels forced and artificial. In one scene, Dracula stands naked before Agatha and licks a bloody knife, but the camera conceals everything below his neck and cuts to a more obscure angle from the moment he touches his tongue to the blade, effectively dialing back the moment’s camp factor.

Some of Dracula’s images might sound gross on the page—a fly crawling across an eyeball, a mangled body shoved into a box, a peeled fingernail—but these moments pass by so quickly and with such visible fuss, courtesy of the jittering camera and clanging soundtrack, that they’re robbed of any horror. Dracula’s groan-inducing wordplay (“You look drained”) only further saps the gothic atmosphere of any dread. The series is as ostentatious with its apparent sexual overtones as its horror, displaying a showiness that comes off more like a substitute for real depravity, a cry for help in the notable absence of any writer or director capable of teasing out the material’s sensuality.

All that’s left of Dracula is its declaration of cleverness, as it bobs and weaves through expectations as Sister Agatha does the whole fast-talking genius shtick. Did you think crucifixes repel vampires? Well, the series makes sure to tell us they don’t. And then, suddenly, they do, with Dracula all but goading viewers into guessing why. In multiple scenes, characters drag out their introduction of a problem and then badger others for input and theories like an irritatingly persistent street performer. Whether it’s introducing farcical, overwritten solutions to things like navigating Dracula’s mazelike castle or miniature plot twists that are easy to guess, the series simply feels tiresome in its relentless pleading with us to be impressed.