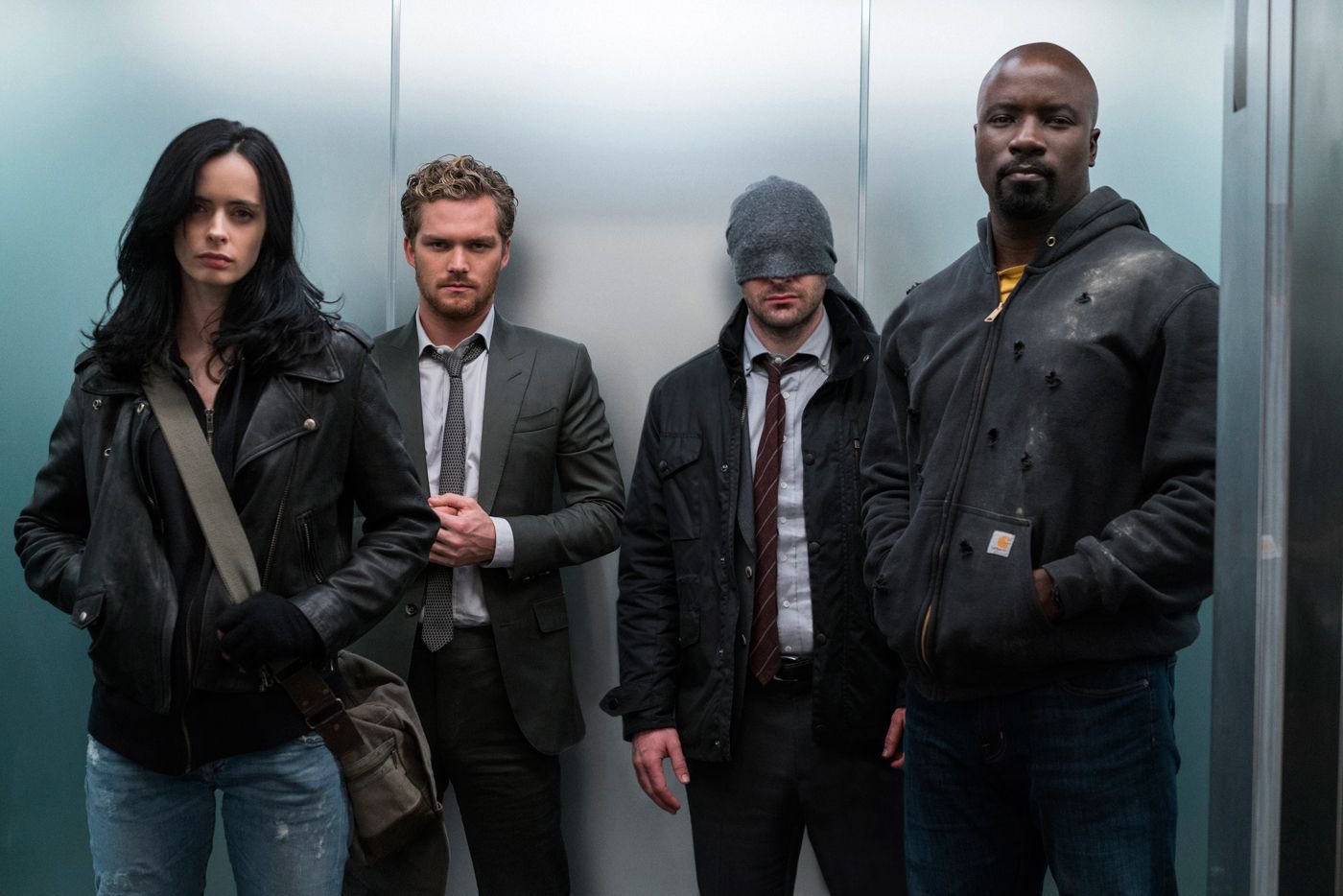 When the heroes in Marvel’s The Defenders join forces, standing side by side, aligned against a common foe for the first time, a circling camera emphasizes the enormity of the moment. The archetypical shot signifies magnitude; it’s meant to elicit nerdy euphoria, to herald the epic emergence of a superhero team whose members have finally banded together.

This unifying moment, though, arrives later in The Defenders than one might expect. Any euphoria is withheld, as the initial episodes dutifully revisit the heroes’ storylines, establishing each character for viewers who may have skipped, say, Iron Fist. And after the heroes do finally meet, the events of the series fail to match the level of immensity suggested by that abovementioned shot. The irreverent interplay and collaborative brawling that often provide the most exciting elements of superhero teamwork are delayed in favor of rote character exposition and the prolonged introduction of a derivative plot.

The Defenders consist of Daredevil, Jessica Jones, Luke Cage, and Iron Fist, all hand-to-hand fighters, though each has a unique wrinkle augmenting their skill: Daredevil (Charlie Cox) is a blind martial-arts expert with extremely acute senses, while Iron Fist (Finn Jones) is a martial-arts expert with a glowing fist; and Luke Cage (Mike Colter), like Jessica Jones (Krysten Ritter), has superhuman strength, except he happens to be bulletproof. These are technically unique traits, but you wouldn’t know it from the show’s action sequences. Throughout, it becomes easy to forget what exactly each character is capable of, because their powers mostly manifest as very hard punching.

There are, at least, a few fireworks in the show’s action sequences. The Defenders aren’t gods, so they can’t fly or control the weather. Their bruising powers lend their fighting an immediate, physical quality; their style is concussive and rudimentary, relying on the collision of body parts to leave henchmen in piles on the floors. Coupled with the heroes’ merely physical abilities, the intimacy of the action in The Defenders ups the stakes of each new conflict, which is devoid of the abstraction that occurs when viewers are forced to ponder the physics of a flight suit or the limits of laser vision.

The individual heroes are defined by the show’s color palette, which shifts drastically when focus jumps between them in early episodes. Scenes with Luke Cage unfold in a Harlem drenched in the yellow of streetlights and foliage, Jessica Jones’s Hell’s Kitchen is awash in purple, Daredevil swims in shades of red, and Iron Fist wades through green. It’s a showy device that pays off by the time the heroes finally meet, in a restaurant tinted by the clashing rainbow of neon signs and vibrant, multicolored décor. The alternating colors hint at the independence that these heroes value, and in turn their individual struggle to be part of a superhero alliance.

Elsewhere, the story’s larger stakes aren’t always clear, and momentum falters, especially in the episodes that jarringly shift focus between the four characters. The Defenders’ adversary complicates narrative coherence in the early going, with vague motivations and unclear means. One more shadow agency trying to annihilate New York for inexplicable reasons, the cabal isn’t meaningfully different from the League of Shadows in Batman Begins or Hydra in the Captain America films. The Defenders themselves appear to recognize the ambiguity of their enemy’s threat, and are surprisingly reluctant to act when faced with the emergence of this ostensibly formidable foe.

Individualists that they are at heart, the heroes of this show cling to their status as neighborhood defenders, primarily obsessed with the threats posed to their specific enclaves of New York City. In unbelievably shortsighted verbal salvos, the characters exclaim their loyalty above all else to their particular Manhattan neighborhood, with the exception of Iron Fist, who remains steadfastly devoted to Kunlun, a vaguely other-dimensional Asian village that will undoubtedly confound viewers who missed Iron Fist.

The stubbornness of these characters, like the vague motivations of their stock foe, is a product of genre tradition rather than narrative logic. The series deviates from formula solely in its bruising action sequences, as well as in the few moments that reveal the internal machinations of the individual Defenders. Otherwise, The Defenders is nothing short of routine. It appears to primarily exist because it’s the next obligatory step for the Netflix superhero franchise. Indeed, when the Defenders do inevitably unite, you may find yourself wondering if the moment was worth the wait.

Game of Thrones Recap: Season 7, Episode 6, “Beyond the Wall”