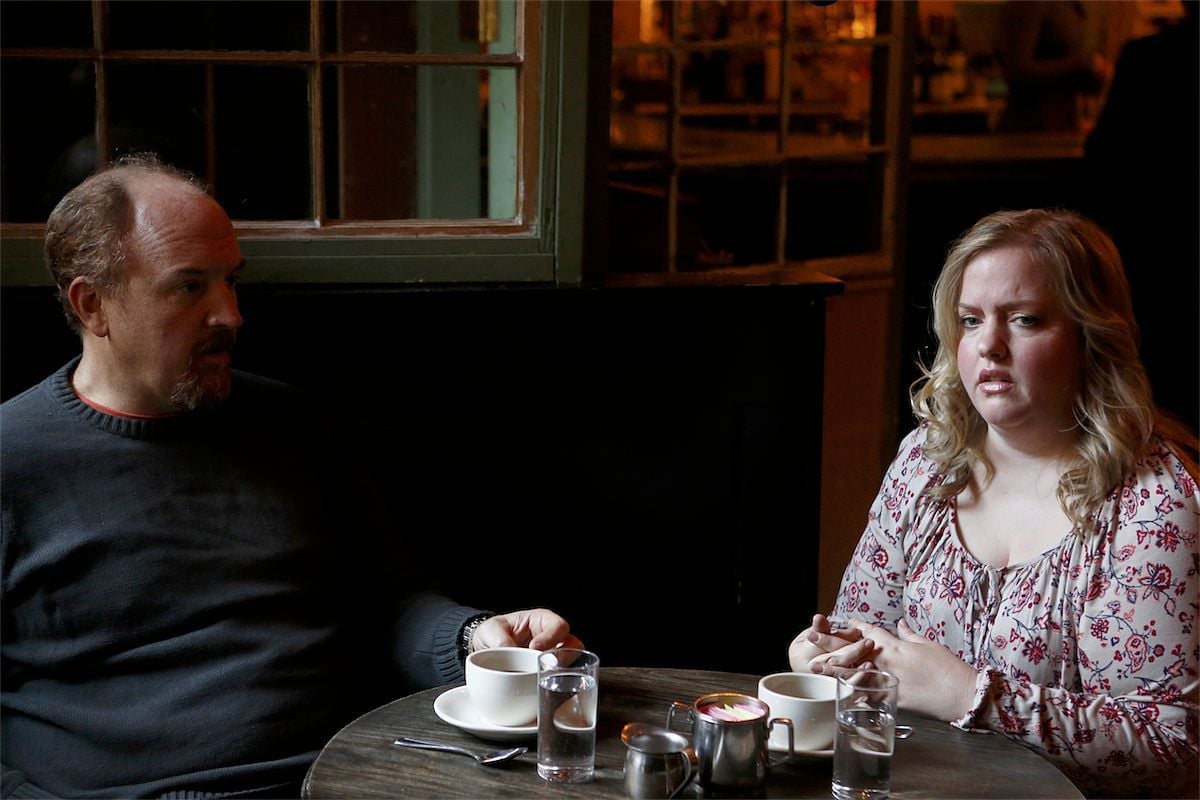 As Louis C.K. takes his place as George Carlin’s heir apparent, the comedian people increasingly look to not only for entertainment, but some sense of social guidance, Louie offers a chance to reconnect with his roots as a more modest performer. That has its downsides, as the series occasionally indulges in shock anti-humor and slurs simply for the hell of it. But at its best, Louie showcases its maker in the role that best suits him: not the Last Sane Man offering lengthy but ultimately pithy monologues on the state of our culture, but a sad-sack cursed with just enough intelligence to understand and scrutinize just how dumb he is. Sometimes, by working out issues closer to his own failings, he approaches deeper truths than anything in his broader rants.

Rarely is that more apparent than in an episode like “So Did the Fat Lady,” in which Louie, forever trying to ask out seemingly every woman in his limited vicinity, blanches when Vanessa (Sarah Baker), an overweight server at the Comedy Cellar, expresses interest in him. Where “Model” devoted its second half to portraying Louie as the victim of bizarre circumstances when it came to women, this episode makes a point to underline the hypocrisy of his reluctance to go out with Vanessa. A shot of Louie and his brother, Robbie (Robert Kelly), captures them standing in a bright glare, their out-of-shape, pasty bodies overexposed in deeply unflattering light. Bleached out against white sidewalk, the men turn vaguely amorphous, as if a child filled in their color and then went chaotically outside the lines. A subsequent montage shows the brothers indulging in an endurance test in which they eat a full meal at one restaurant before immediately having a second somewhere else, but this one shot says everything about Louie thinking himself above going out with Vanessa.

But the best moment belongs to a single take of the camera gently circling around Louie and Vanessa talking, a conversation that erupts when Louie offers dull reassurance to a self-deprecating Vanessa that “[she’s] not fat” and her entire demeanor changes. C.K. regularly steps back to let his guest stars shine, but Baker completely dominates the scene. More than a head shorter than C.K., Baker seems to tower over him as Vanessa launches into an impassioned speech about the double standards that apply to overweight women. Baker delivers her rhetoric with more exasperation than fury, exhausted from having to deal with loaded sympathy, and the airy voice that earlier bubbled with charm now enhances her huffing indignation.

Louie’s romantic pursuits always make sport of his unattractiveness and awkward personal skills, but a tinge of self-pity mitigates their critical aspects. This scene tears apart that wounded pride, forcing the protagonist to sit there as Vanessa points out that she has access to none of his defense mechanisms. He still has the freedom to pursue women, but her flirtations result in either deflecting acknowledgement or discomfort. And where Louie can go on stage and make fun of his weight for catharsis and a paycheck, any self-deprecation on her part is taken as grounds for a 5150. The self-contained nature of each episode likely means this lesson will stick with Louie about as well as Rick Crom’s dignified takedown of Louie’s “ironic” use of homophobic slurs, but for the time being, “So Did the Fat Lady” stands out as one of the show’s high-water marks.

Occasionally, the series does expand beyond its half-hour limits with a two- or even three-part episode, but the fourth episode of the season, “Elevator Part 1,” kicks off a planned six-part installment. If it sets up, effectively, a serialized feature-length movie, though, the episode initially plays like a throwback to the show’s old format of narratively bifurcated episodes. As with earlier episodes, the two halves—one involving Louie’s youngest daughter, Jane (Ursula Parker), deliberately stepping out of a subway car before her dad can stop her, the other about Louie finding an old immigrant woman (Ellen Burstyn) trapped in his apartment building’s elevator—have nothing to narratively link them.

Stylistically, however, the episode hangs together with a claustrophobic mood that informs Louie’s frantic hustle to and from the episode’s stranded characters. Even a gesture like Louie cradling Jane after she wakes from a nightmare feels constrictive, filmed in a medium close-up that shows only his arms reaching around the girl’s face. And what humor the episode contains is squeezed out like water from a stone, such as Louie’s mild irritation at helping a stranded person, or in other daughter, Lilly (Hadley Delaney), remaining totally calm when her sister gets separated and inadvertently proving that Louie’s “subway rules” for contingencies like this are more for his own sake than his children’s. The begrudging humanity of Louie, a result less of its protagonist’s cynicism than his sheer laziness, is one of the show’s key facets, and the pressure-cooker atmosphere of “Elevator Part 1” forces it out of Louie without sentiment.

The ethical obligation of “Elevator” clarifies the ostensibly off pairings in the season’s double headers so far. For example, “So Did the Fat Lady” initially appears far better suited as a thematic rejoinder to “Model” that could have played just on its heels, while “Elevator” could have continued its multi-part series on the same night. But “Back” and “Model” share an outlook on the bizarre life experiences and craft-honing that inform Louie’s stand-up, while this batch of episodes trades passive observation for active engagement, however reluctant. It’s a further sign that, four seasons in, the series is still exploring what it can be, and that sheer unpredictability remains Louie’s chief draw, and perhaps the greatest reason why it seems such an anomaly on television.