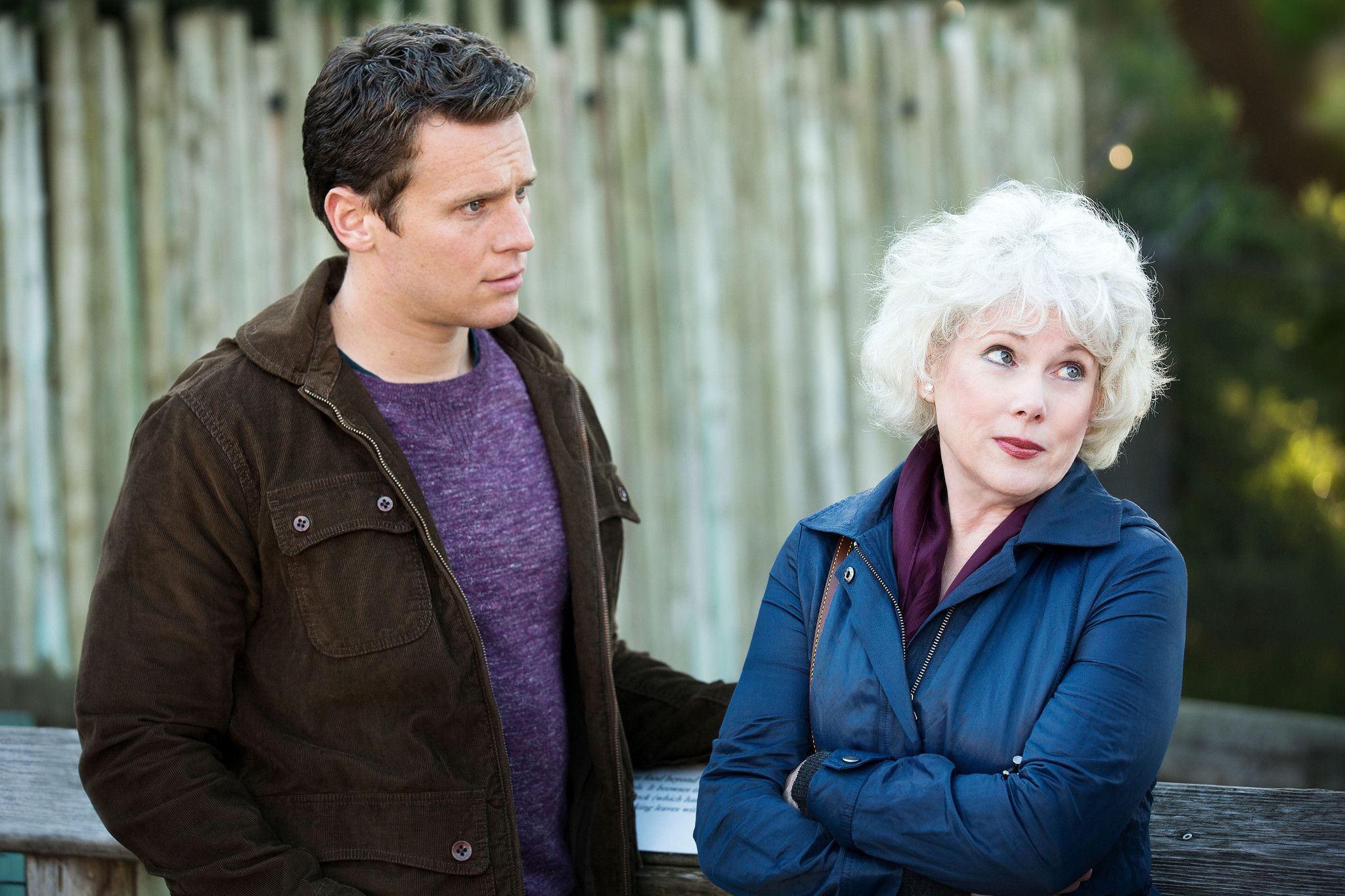 Arguing in her claustrophobic bedroom midway through “Looking for Sanctuary,” Doris (Lauren Weedman) and Dom (Murray Bartlett) bump up against the subject at the heart of this season of Looking, which is the frightening notion that there’s no age at which we’ll have it all figured out—that “looking” is, in the final estimation, just another word for “living.” “We’re both damaged,” she says, after a dispute over money escalates into a cruel confrontation with the fact that they’re no longer in their 20s. “We don’t know how to be adults…We’re a codependent mess, a fag and his hag.” It’s here, in “Looking for Sanctuary,” that the series finally admits to a certain cyclicality, as the characters embark on or abandon their own codependent messes, no longer assured, if they ever were, that there comes a point when the looking stops.

Though “Looking for a Plot” and “Looking for Glory” reprised Doris and Dom’s relationship in miniature as they arrived at an unanswered phone call in which the lifelong friends’ respective priorities seemed to diverge, their contretemps in tonight’s episode still have an element of surprise. The fight, carried across two blistering, compact scenes, has an air of long-suppressed resentment, of the sort that tends to bubble to the surface when we least expect it. (“Look who’s gracing us with her presence,” Dom says testily.) The Emmy-worthy Weedman, her role increasingly central in recent weeks, plays Doris here as a woman already frustrated by her friend’s narcissistic tunnel vision, trying to tamp down the urge to set him straight. But when she shares the news that her uncle has decided to contest her father’s will, and thus the funds she promised Dom, his flurry of self-pity (he’s maxed out his credit cards on kitchen equipment) sends her into a rage. “Fuck you. Fuck you!” she says, with brutal finality. “Hope all your dreams come true.”

The real issue, of course, is the fact that our lives never quite parallel even those of our closest friends, and being thrown out of sync in this way can spell trouble for even the most stable connection. Dom’s relationship with Lynn came to an end just as Doris’s relationship with Malik began; he’s launching an exciting new career after 40, while she’s been toiling away steadily all along. As with the other characters, always already in the process of finding or losing themselves, each new turn in the cycle threatens to disrupt what little permanence Doris and Dom have managed to grasp over the years.

To wit, Agustín (Frankie J. Álvarez), his attraction to Eddie (Daniel Franzese) deepening with each passing day, is as detached from his friends as we’ve ever seen him. Yet he’s come full circle too. At this point last season, both his interest in art and his relationship with Frank (O.T. Fagbenle) had collapsed, and now he’s overseeing the “Tolerance” mural at the shelter and rather uninterested in Frank’s coffee-shop flirtation. Taken together, Looking’s 17 episodes to date have used this subtly intricate design to undercut the notion that any character is immune to the vicissitudes that have us passed out next to a pupusa cart one moment and wholly put together the next. Rather than frame adulthood as a natural progression from ignorance to experience, the series is at pains to point out that no life stage is without its mishaps, triumphs, petulant outbursts, professions of love; the details may change, but the cycle itself does not. Agustín’s high point in two seasons is but one pole on this continuum, but I cheered anyway when he finally laid his cards on the table. “You don’t get to have it both ways, Eddie. You’ve said over and over that we can mess around, but nothing more, right?” he asks. “I’m getting really tired of having to persuade you that I’m into you.”

Nevertheless, whether a few months into marriage, like Patrick’s (Jonathan Groff) sister, Megan (Kelli Garner), or a few decades into it, like his starchy mother, Dana (Julia Duffy), there’s no telling how swiftly the peaks may become valleys and vice versa. The family trip to the zoo, after Patrick and Kevin (Russell Tovey) hunt for the latter’s new apartment and discuss moving in together, is a bitterly funny send-up of waspish dysfunction; I half wondered if they’d all snuck a few nips of whiskey into the hot chocolate along with Dana’s Xanax. Duffy’s perfectly cast, turning Dana’s coiffed, pallid privilege toward both comedy and sorrow; she says, “It’s pronounced ‘rapprochement,’ and that wasn’t it,” with such a slippery mix of refinement, camp, and frankness it immediately became my favorite line of the season. (Garner is equally strong as Megan, a passive-aggressive nightmare of a sibling.)

The family’s al fresco freak show more or less comprises three scenes. The first valiantly attempts to give credence to Patrick’s well-established self-pity, though it’s a little too on the nose to succeed. (Even for someone who lives in the Peninsula, Megan’s suggestion that Patrick benefits from a “double standard” is ludicrous, however deep her moral qualms with Patrick’s relationship.) In the second, Dana announces that she’s leaving her husband for another man, and uses the similarities with Patrick’s current situation to win his support. “You’ll find, Megan,” she says, after her daughter spouts some self-help claptrap about the “truth” of the marriage, “that the longer you’re with someone, the more complicated that truth becomes.”

The third, set outside Dana’s hotel the following morning, returns to the notion of codependence, but twists it, ever so slightly, toward heartbreak. “It wasn’t all bullshit?” Patrick asks. “What?” she replies, “The last 40 years of my life?”:

I’m not proud of all the choices I’ve made, Patrick, but they were my choices. Not your father’s, not my parents’ choices. So, no, it has not all been bullshit. You and Megan are not—excuse me—bullshit.

It may be the most melancholic moment in a season marked by far more grief than the first, in part because Duffy cycles through disappointment and anger before gathering herself, coiffed and pallid, to depart. But I suspect the pained reaction I had to the scene, just before Patrick decides to move in with Kevin, came from an even more personal place. For in “Looking for Sanctuary” it turns out that the truly scary thing about our codependent messes, with fags and hags, boyfriends and exes, roommates, siblings, spouses, and mothers, is the realization that the one thing each of these tumultuous relationships has in common is us.