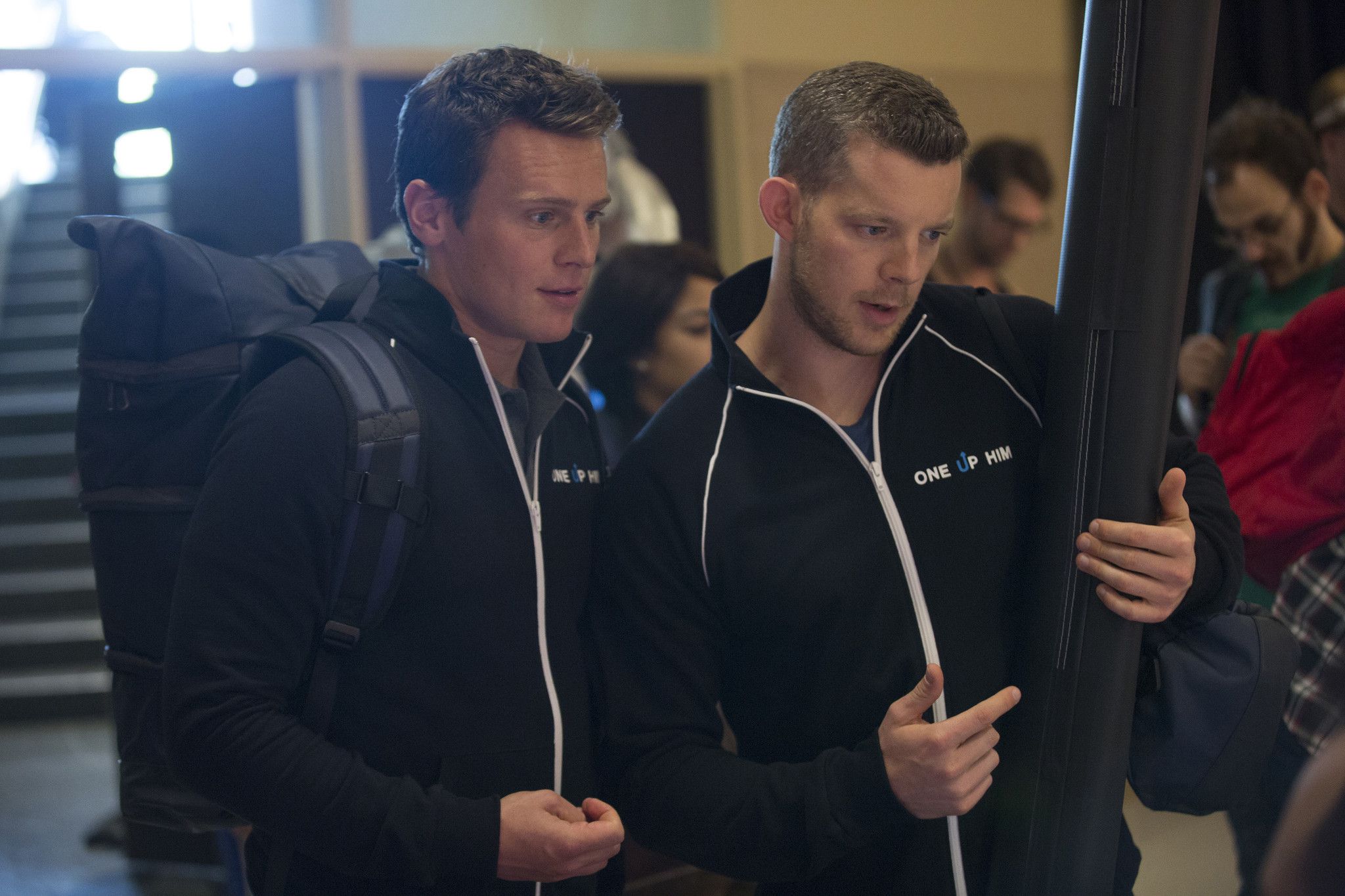 “When Brad broke up with Jennifer, he didn’t have to let people know he was fucking Angelina straight away,” Kevin (Russell Tovey) says to Patrick (Jonathan Groff) near the beginning of “Looking for Glory.” “There was a courtesy gap.” The question of how much time must pass before one acknowledges the collateral damage caused by relationships severed and forged is at the center of tonight’s Looking, an episode in which each character’s evolution this season begins to upset the balance they’ve clung to through years of stasis. Is the “courtesy gap” a way of protecting the potential victims of our shifting desires, or is it a way of avoiding the fact that we must inevitably change, often far more than we bargained for?

As the episode opens, two weeks have passed since Kevin left Jon and appeared on Patrick’s doorstep, two weeks in which the couple has holed up in Patrick’s room like “gay nuns.” Despite the delights of newfound romance, smiling through even a failed attempt at breakfast in bed, the tensions that bubbled up during their thwarted affair have not yet wholly dissipated, and Kevin introduces the idea of the courtesy gap when Patrick turns up in the kitchen wearing Kevin’s sweater. Patrick’s need to be in a relationship, any relationship, and to broadcast the news for his peers’ congratulations, eventually supersedes Kevin’s need for secrecy, but the awkward rhythms of the subsequent staff meeting don’t quite quench Patrick’s thirst for approval. Owen (Andrew Law), with his series of escalating questions (“Like, in your bed?” he asks, after hearing that Kevin slept over), introduces the theme that runs through the rest of the episode, which is that no one on the outside ever perceives our relationships as we do from the inside. If Patrick’s goal is a pat on the back for landing the kind of guy he always wanted, he’s sure to be disappointed.

And so Owen complains that Patrick didn’t mention the relationship earlier, Meredith (Amy York Rubin) worries about discrimination against heterosexuals, and a fellow presenter (Gabe Liedman) at the GaymerX conference where Kevin and Patrick unveil their gay archetypes app mistakes them for brothers. In a wickedly funny turn, Liedman plays the creator of Glorified (an app for finding, rating, and commenting on local glory holes, or “social networking for the orally adventurous”) as a poison dart, bitchily piercing Patrick’s bliss. It’s the closest Looking’s ever gotten to the heightened absurdities of Girls or Broad City, though I have no doubt there’s a glory hole app out there somewhere. Indeed, Liedman’s character functions as the very sort of outsider willing to tell Patrick the unvarnished truth, unaware and unafraid of his neurotic meltdowns. “So, your game’s about stereotypes?” he asks, in what may be a self-aware reference to critics who wish Looking were more radical in its politics and diverse in its casting. “You guys are, like, identical, why don’t you just jerk off in the mirror if you think you’re so cute?”

The truth is treated with more delicacy when it comes to Dom (Murray Bartlett) and Agustín (Frankie J. Álvarez), but both also stumble in the midst of this season’s transformations. Even though “Looking for a Plot” focused on the closeness Dom and Doris (Lauren Weedman) have developed over the course of a lifetime, “Looking for Glory” finds Dom beginning to realize that her relationship with Malik (Bashir Salahuddin) has already changed the terms of the friendship; his wistful voicemail, after she decides to stay the night in Vallejo instead of returning to help Dom install a water-filtration system, is subtly revelatory. What happens when, most unexpectedly, your life and your best friend’s start to diverge? Though he’s turned over a new, more mature leaf, Agustín similarly discovers that it’s easier to revert to the old ways, and he freaks out when Eddie (Daniel Franzese) cums in his eye. I suspect that his reaction, since he clearly understands that he’s not about to contract HIV, is tied up in a certain discomfort with how hard he’s fallen for Eddie since “Looking for the Promised Land.” Eddie suggests that his being “a big poz queer” is the reason, in a compelling monologue in the episode’s second half, but more likely Agustín’s afraid of getting hurt: The former flake, always trying to escape any situation that threatens to challenge him, is still there beneath the stable surface.

“Looking for Glory,” then, is a tale of how we try to convince ourselves and others that we’ve found what we’re looking for—that we’re okay, we’re fine, we’re great, thanks for asking. That the unvarnished truth is often more complicated comes through on prom night at GaymerX, in a potent sequence of events that oscillates between breathless romance and niggling doubt. While Patrick and Kevin dance, forehead to forehead, to Jessie Ware’s gorgeous “Say You Love Me,” the former locks eyes with Richie (Raúl Castillo), sipping forlornly on a cocktail as Brady (Chris Perfetti) chats in the background. The cut to the close-up of Richie’s face comes as Ware sings, “I don’t want to fall in love, if you don’t want to try,” as if to suggest the possibility that they’re not over, or needn’t be, if both of them want it enough. In this vein, Patrick’s later admission that “this time” someone stood on his stoop he “decided to go for it” absolutely gutted me. As their respective love lives have evolved away from each other, their mutual understanding has actually deepened.

Patrick, almost shocked by the words coming out of his mouth, ultimately professes his love to Kevin, but the moment in the diner, that small slice of quiet between Brady’s drunken comments and his return from the bathroom with Kevin, conjures the sort of longing that’s made me fall wholly in love with Looking this season. Patrick’s confession is a cruel one, perhaps, but it’s also an acknowledgement that he and Richie still share an electric connection. “It’s like a story of love,” Yaz croons over the closing credits, and whether the characters in that story are Patrick and Kevin or Patrick and Richie remains to be seen. There’s still much evolving to do, gaps to be bridged and changes to endure, but one hopes all the characters will somehow arrive at a happy ending.