The second season of House of Cards picks up precisely where the first left off: The weather in Washington, D.C. appears to be permanently overcast, Frank Underwood (Kevin Spacey) has been tapped to be the next vice president of the United States, and Zoe Barnes (Kate Mara) continues searching for evidence that Underwood played a role in the death of Pennsylvania gubernatorial candidate Peter Russo (Corey Stall). Last season, Underwood paid lip service to the idea of “the common good,” but he no longer bothers. We’re well aware that he has little interest in anything but power, and his murder of Russo confirmed there were no moral limitations to his will. With his equally duplicitous wife (Robin Wright) by his side, he’s a shell of a character, more of an idea than a man, the personification of a Machiavellian ideal dressed up as a human being with a questionable Southern accent and an unparalleled ability to give side-eye.

It’s become redundant to mention how many television protagonists are “bad,” but Underwood belongs to an entirely different sub-species. He’s not a good man who’s been corrupted by financial necessity, nor is he a lifelong mobster who also happens to be a loving father and family man. Frank Underwood’s “badness” is all-encompassing, his amorality the defining characteristic. Unlike Breaking Bad’s Walter White, he wasn’t driven into “the empire business” by chronic insecurities. In the first season, there are fleeting references to an unhappy childhood and unrequited same-sex love, but these have been more or less abandoned (and Underwood’s bisexuality reclaimed as merely an example of his self-confidence). To use a Nietzschean contrast, Walter White is bad, but Underwood is evil.

Underwood is basically a comic-book villain, a comparison that’s only enhanced by his portentous asides to the camera. “For those climbing to the top of the food chain, there is but one rule: hunt or be hunted,” he says in the first episode of the season. These comments aren’t subtle, but there’s a visceral thrill to be found in Underwood’s indignant retorts. For all of its supposed prestige, including the presence of Oscar-winner Spacey and the involvement of David Fincher, the best way to watch House of Cards is to ignore its Emmy aspirations and view it as a particularly pulpy example of its genre. It would be laughable to imagine Beau Willimon’s creation as a serious commentary on American politics, but watching Underwood run roughshod over Washington regulation and bureaucracy can still be fun.

Believing that most people in positions of power are both incompetent and morally ambivalent can be more terrifying than believing they’re both highly competent and evil. Though wrapped in fashionably dark nihilism, House of Cards bears a resemblance, however slight, to the wish-fulfillment of Aaron Sorkin’s The West Wing. Early in the new season, Underwood strong-arms an unfriendly congress and senate in a fantasy scenario of how an effective leader might overcome a potential government shutdown. Like an episode of The Newsroom, Willimon retroactively turns back the clock on recent history to show how an event should have gone, even if the cost would be ceding political leadership to someone like Underwood. Anyone frustrated by the stalemate that’s defined American politics in recent years can find a vicarious thrill in the way Underwood gets results in a climate of constant partisanship.

The series falters when it depicts the cursory characters that find themselves embroiled in Underwood’s conspiracies. In particular, an Edward Snowden-inspired subplot about cyber espionage returns on-screen hackers to the late-’90s stereotype of unbathed eccentrics sitting in front of giant screens and listening to nü-metal. Elsewhere, Underwood’s chief of staff (Michael Kelly) still has a Pygmalion-esque relationship with a key witness to Russo’s demise and a new chief whip (Molly Parker) learns to wield her power.

On its surface, the show’s vision of politics appears to be pessimistic, but it’s also one that absolves citizens of their own responsibilities in a democratic society. If the guy running the country is a super-intelligent, amoral master of deception, then it doesn’t really matter if he’s a Democrat or Republican or what policies he supports. Carry that conspiratorial notion to its logical extension and it doesn’t really matter who one votes for or what positions one supports because the whole system is fucking rigged.

Perhaps because I live in Toronto, a city where the mayor hangs out with drug dealers, smokes crack, and repeatedly gets caught drunk in public, I have a hard time believing that politicians are the ruthless figures presented by Willimon. Most politicians are more competent than Rob Ford, but Joe Biden’s life is probably closer to the farce of Veep than the cerebral battleground of House of Cards. If politicians appear ideologically ambivalent, it’s far more likely that they’re chasing poll numbers than absolute power. That said, even if House of Cards is a cartoonish depiction of American politics, it’s also a juicy, pulpy, entertaining thriller, and can easily be enjoyed on that level.

The Marvelous Mrs. Maisel Review: A Myopic Portrayal of Redemption 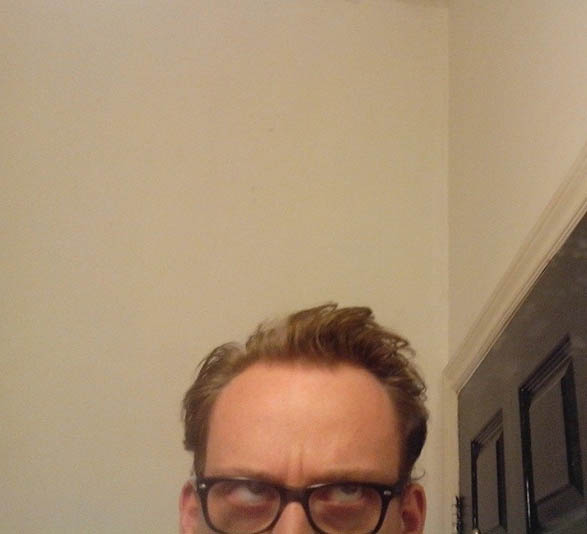 Alan Jones is a wound-up ball of neuroses with big ol’ googly eyes and a receding hairline. He has written for Hazlitt, VICE, NOW, and Toronto Standard.