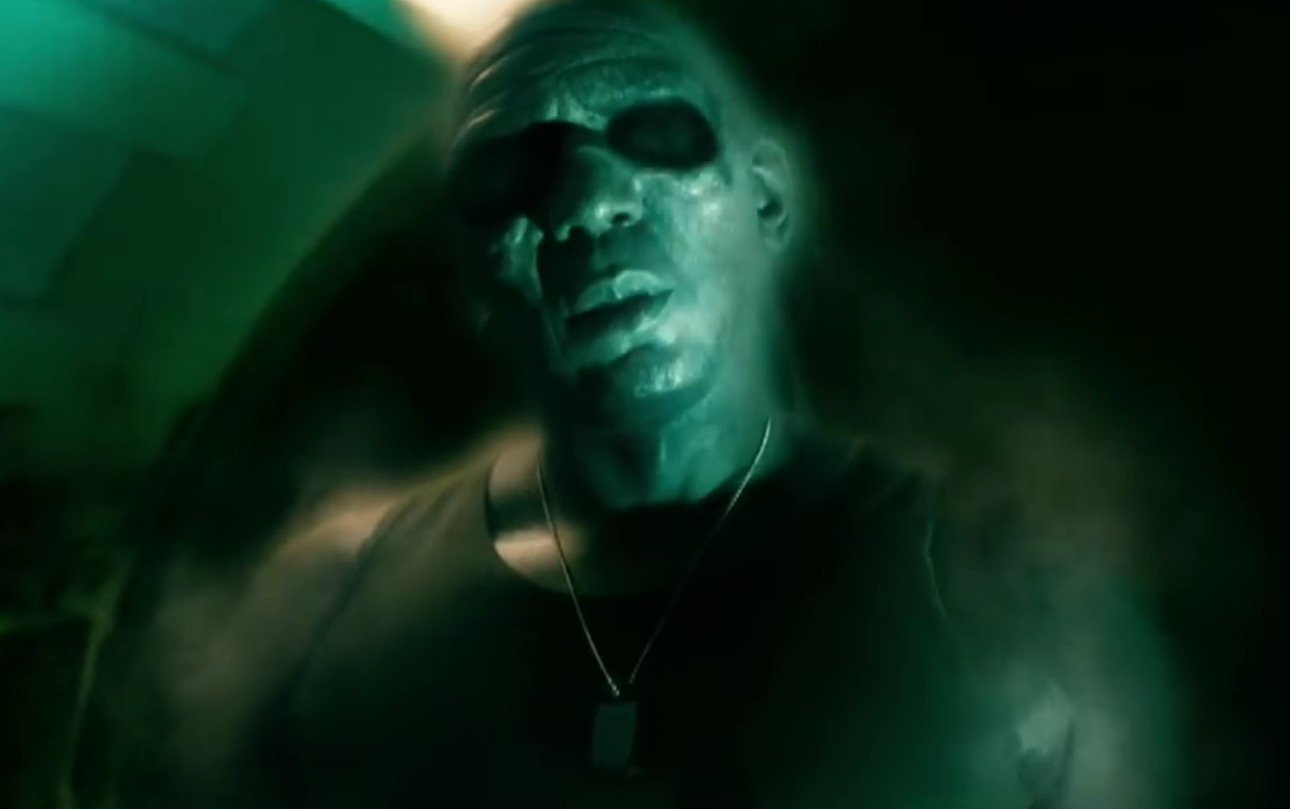 The first half of another two-part story, “Under the Lake” serves up a very satisfying slice of one of the most traditional forms of Doctor Who adventure: a small group of people trapped in an isolated place, coming under attack from monstrous forces, with a lot of running up and down corridors. Although the ending suggests next week’s conclusion will feature a return to the time-bending plotting more typical of Steven Moffat-period Doctor Who, this episode is refreshingly reminiscent of earlier eras of the series.

The setting is an underwater mining base in the north of Scotland, situated at the bottom of a lake created by a long-ago dam burst. When the crew discover a mysterious alien spaceship in the flooded valley outside and bring it aboard, a spectral presence quickly causes the death of the base commander, Moran (Colin McFarlane). Three days later, the TARDIS arrives, and the Doctor (Peter Capaldi) and Clara (Jenna Coleman) find the remaining crew in hiding from what appear to be two ghosts trying to kill them—one of whom is Moran. The rest of the episode consists of the Doctor joining forces with the crew to neutralize the ghosts and work out what they are and what their presence signifies.

In stories of this kind it’s common for the secondary characters to be little more than stock types, cannon fodder to be picked off by the attackers, but writer Toby Whithouse, returning to the series for the first time since “A Town Called Mercy” three years ago, works hard to make the base crew into real people. The only exception is Pritchard (Steven Robertson), a very thin caricature of a profit-obsessed capitalist, who’s no loss at all when he gets killed and joins the ranks of the ghosts. Particularly striking, on the other hand, is Cass (Sophie Stone), the second-in-command who takes over after Moran’s death—and who happens to be deaf, communicating via sign language through an interpreter, Lunn (Zaqi Ismail). While her talent for lip-reading is highlighted when she’s able to decipher the repeating mantra mouthed by the voiceless ghosts, the fact that the rest of the episode makes no special fuss about the incorporation of a deaf character, treating her equally with the rest of the crew, is worthy of praise.

As with “The Magician’s Apprentice,” that this is the first half of a two-parter allows the story room to breathe and develop at its own pace. At times the pacing is a little too deliberate; the audience is likely to grasp the significance of the mysterious markings inscribed inside the spaceship some time before the characters do. It turns out that the markings correspond to the ghosts’ mantra of “The dark, the sword, the forsaken, the temple,” somehow causing all who see them to become signal transmitters (amusingly, the Doctor compares it to an “earworm” tune that you can’t get rid of, even after death), sending the message out into space to guide its recipient back to this place. The idea of words alone having such power is certainly the biggest stretch of the episode, though a similar concept has been seen before, in 2007’s “The Shakespeare Code.”

First-time director Daniel O’Hara creates a very convincing environment using mainly lighting effects, a constant low-key shimmering in the background always reminding us that we’re underwater. The sprawling geography of the base is well conveyed during the long, tense action sequence where the crew execute a well-planned strategy to capture the ghosts (which, pleasingly, gives every character something important to do). O’Hara also adeptly handles the script’s more horrific moments: The initial death of Moran is shockingly abrupt, with the man simply engulfed in an instant by a huge plume of flame from the spaceship’s rockets. The ghosts themselves, with their sunken, hollow eyes, are nicely macabre, and a scene with Lunn trapped by Pritchard’s ghost wielding a huge metal wrench is unusually harrowing for Doctor Who.

Unfortunately, Capaldi’s Doctor takes a slightly retrograde step after his relaxed and comfortable performance in the previous story. Whithouse seems to have drawn most of his inspiration from the rather uncertain characterization of the first half of last season, when the writers and Capaldi were still finding the character. There are awkward, over-mannered moments like his asking who’s in command because “I need to know who to ignore.” His exaggerated reaction to finding the source of the mystery is also trying way too hard: “It’s impossible, I hate it, it’s evil, it’s astonishing, I want to kiss it to death.” There’s a return of the mostly dropped idea of the Doctor being so inept at social interaction that he needs Clara to interpret for him; the moment where she pulls out a deck of cue cards to prompt him on the correct response when Cass points out that Moran was their friend is genuinely funny, but it’s the sort of gag that would grow thin with repetition.

The Doctor and Clara have an interesting moment in the TARDIS when he comments on her becoming more and more reckless—more like him, in fact. Certainly, she seems to have moved on quickly from Danny Pink’s death last season, and simply shrugs off with a smile the Doctor’s suggestion that she needs another relationship. Ironically, she has to remain behind at the end—with the two of them separated as part of the base is flooded, the Doctor decides to continue his investigation by going back in time to when the spaceship first arrived in the valley. The cliffhanger moment is a little too telegraphed, so that the final shot isn’t quite the surprise that was probably intended, but it’s still startling when Clara looks out to see the Doctor in ghost form, approaching through the murky water. Clearly whatever happened in the past has gone terribly wrong.

Next Week: The second part of this story, in “Before the Flood.”