No matter where Californication has taken each of its season-long story arcs, there’s always lingered the threatening storm cloud of Hank Moody’s (David Duchovny) most damning and dangerous indiscretion: his sexual encounter with an underage girl. Each of the show’s first four seasons linked back to that event in some way, and last season Hank was finally put on trial for statutory rape. With that matter wrapped up seemingly for good, the writers are forced to look for springboards to launch the series in a new direction. Nearly three years after his trial, Hank is living somewhat happily and successfully in New York, but soon finds himself flying back to the West Coast to pen a Beverly Hills Cop rip-off for a successful, ambitious, and volatile rapper-turned-actor, Samurai Apocalypse (RZA).

Hank has never shown a penchant for Larry David-style racial insensitivity, so most of the “ebony/ivory” dynamics between the rapper and writer are of the typical and inoffensive variety, like Hank’s unsuccessful attempts at speaking Sam’s slang, or his use of Sting lyrics to comfort his new friend in a time of heartbreak. Probably not the bromance gold that show creator/writer Tom Kapinos was looking for, but the duo is still responsible for the season’s best comedic moments: Cruising in Samurai’s Mercedes G-Class, for example, Hank says he feels like he’s rolling into the Warsaw Ghetto, to which Sam asks, “I ain’t ever been there. How the fuck is the food?” “Scarce,” Hank answers.

Tension arises in their relationship thanks to Hank’s infatuation with Sam’s girl, Kali (Meagan Good), a curvaceous, starry-eyed R&B hopeful who reciprocates Moody’s feelings. The two fool around behind Sam’s back, always fearing the apocalyptic wrath of the ever-suspicious and well-armed rapper. Unfortunately, Kapinos mishandles this conflict by resorting to the same clunky techniques to remind us of Sam’s resolve to mess up anyone who tries to steal Kali. More than once, Sam picks up on an awkward silence between Kali and Hank, asks them if they’ve had sex, then says, “I’m just fucking with you!” as Hank and Kali exchange glances and sighs. Soon enough, this repetitive clumsiness starts to negate any conflict Kapinos was able to create.

Last season, Rob Lowe’s Eddie Nero summed up Hank’s series-long emotional plight by describing him as “a guy trying to keep it together while falling apart,” but for the first half of season five, Hank does surprisingly little falling apart. While still occasionally reckless, he’s become more of a victim of circumstance. Upon discovering that his daughter Becca’s (Madeleine Martin) boyfriend, Tyler (Scott Michael Foster), is cheating on her, Hank refrains from physical confrontation, choosing not to do his usual “well-intentioned wrong thing,” as he puts it, trusting in the judgment of the daughter. (Despite Hank’s more rational approach, he still finds himself in a pickle when Sam takes it upon himself to exact revenge on the unfaithful boy without Hank’s consent.)

Yet some of the changes in Hank’s character are more difficult to accept. For one, our sex-addicted protagonist, still intent on keeping all his romantic relationships casual, does surprisingly little fornicating this season, seemingly out of respectful infatuation with Kali; yet in previous seasons this same man had no problem sleeping with a new woman every episode while still pursuing the mother of his child and supposed love of his life, Karen (Natascha McElhone). When his unstable New York ex, Carrie (Natalie Zea), flies into town and joins him for a dinner party with friends, the group’s conversation quickly turns to comparing sexual notes, and Carrie can’t help but divulge TMI regarding the many ways that Hank’s kavorka-like sexual prowess has rocked her world. The Hank we’ve come to know would normally smirk, shrug, and pretend to be reluctant to brag, yet this time around he’s inexplicably humiliated by Carrie’s enchantment.

Kapinos’s resolve to find a fresh approach for Californication wherever it may be sacrifices some of the show’s consistent strengths, such as Hank and Charlie’s brotherly relationship, which is absent from most episodes of this season so far, as Hank spends most of his time with Sam and Charlie copes with life as a father of a two-year-old. Kapinos’s attempt to define Sam and Hank’s relationship results in varying but highly derivative storylines that lack cohesion from one episode to the next. “The Ride-Along” feels like a mix between Entourage, a Dave Chappelle bit, and a shockingly similar Friends episode, while “Boys & Girls” is no more than an aping of the “Vincent Vega & Marsellus Wallace’s Wife” segment from Pulp Fiction.

Most disappointing is the way Kapinos has begun to bend Hank to fit these new scenarios. When Hank decided to script Santa Monica Cop for Sam, despite it being a stretch for the character, it was still believable; after all, a lot of money was involved. But when, midway through the season, Hank writes a hit R&B love song for Kali’s album, you might want to keep an eye out for sharks and water skis.

Interview: Pamela Adlon on Bringing Out the Dead for the Final Season of Better Things 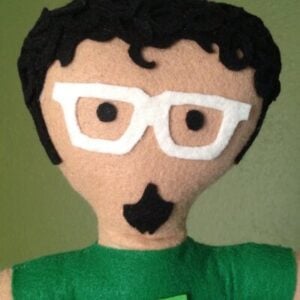