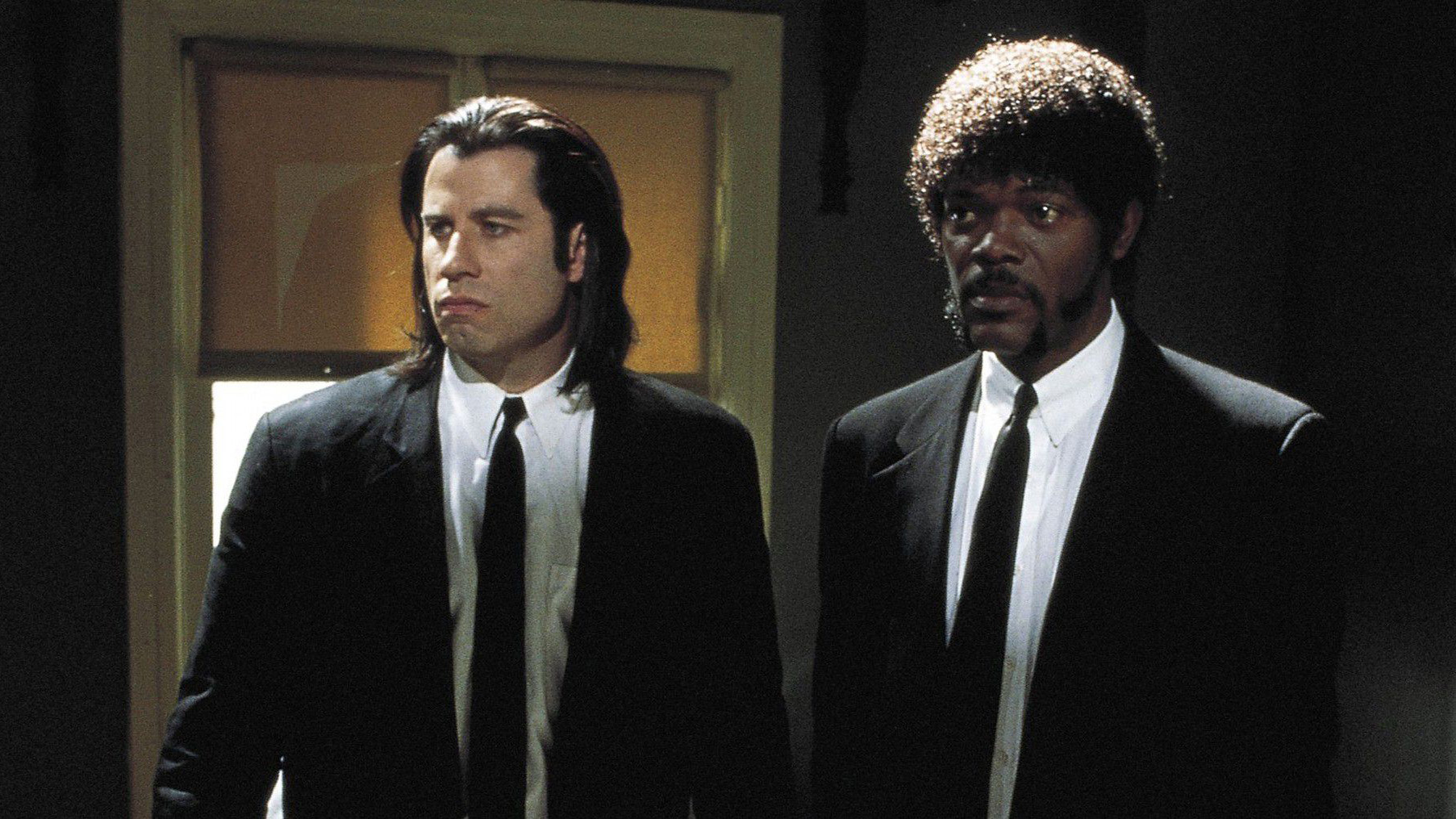 Throughout, Tarantino giddily incorporates references to seemingly countless pop-cultural texts (Kiss Me Deadly, Saturday Night Fever, and so on) into a farcical neo-noir Frankenstein that, not unlike Mary Shelly’s legendary monster itself, eventually turns on itself. More important than the film’s elegant structure is what the creation represents: Jonathan Rosenbaum summed Pulp Fiction up quite nicely as “a couch potato’s paradise,” as no one here can access reality unless they’re summoning the many ghosts of noir’s past.

Tarantino’s most fascinating creation, Samuel L. Jackson’s Jules Winnfield, is more than a repository of disposable trivia and smart-alecky responses, embodying the film’s surface concern with righteousness and redemption. Godard and countless others did this kind of thing way before Tarantino, but Pulp Fiction had a profound effect on Gen Xers because it spoke to their shared consciousness, which includes an infatuation with movies and, apparently, a fear of penetration. What is the film’s infamous rape sequence but a projection of Tarantino and his heterosexual, largely white male fanbase’s deepest fears and prejudices?

When the Wolf (Harvey Keitel) makes Vincent and Jules change clothes, Jimmie (Tarantino) calls them dorks for wearing lame sports T-shirts. By pointing out the articles belong to Jimmie, Tarantino acknowledges his own dorkdom. In turn, it makes him “cool” (not enough though to permit his liberal use of the n-word) and a hero to his media-savvy generation. In the end, it’s not that Tarantino has no life, it’s that his life is the movies. Much like his characters, the director can only live by engaging cinema.